Japanese artist Masaharu Shimada, who specializes in sumi-e pen and ink drawings and has held dozens of acclaimed exhibitions in Mexico and his native Japan, lived for several months each year in San Antonio Tlayacapan from 1986 onwards. His exquisite works include numerous evocative monochrome impressionist landscapes of Ajijic and San Antonio Tlayacapan.

Sumi-e, which means black ink painting, developed over several centuries in Japan, after Zen Buddhist monks from China first introduced their deceptively simple techniques and style back in the fourteenth century. Chinese ink is applied to paper using brushes traditionally made of hair, bamboo or feathers.

Born in Nakagyo, Kyoto, in 1931, Shimada graduated from the calligraphy department of Tokyo Gakugei University in 1953 before teaching himself the techniques of sumi-e. He held his first solo show of sumi-e at the Chuokoron-sha Gallery, Tokyo, in 1961. 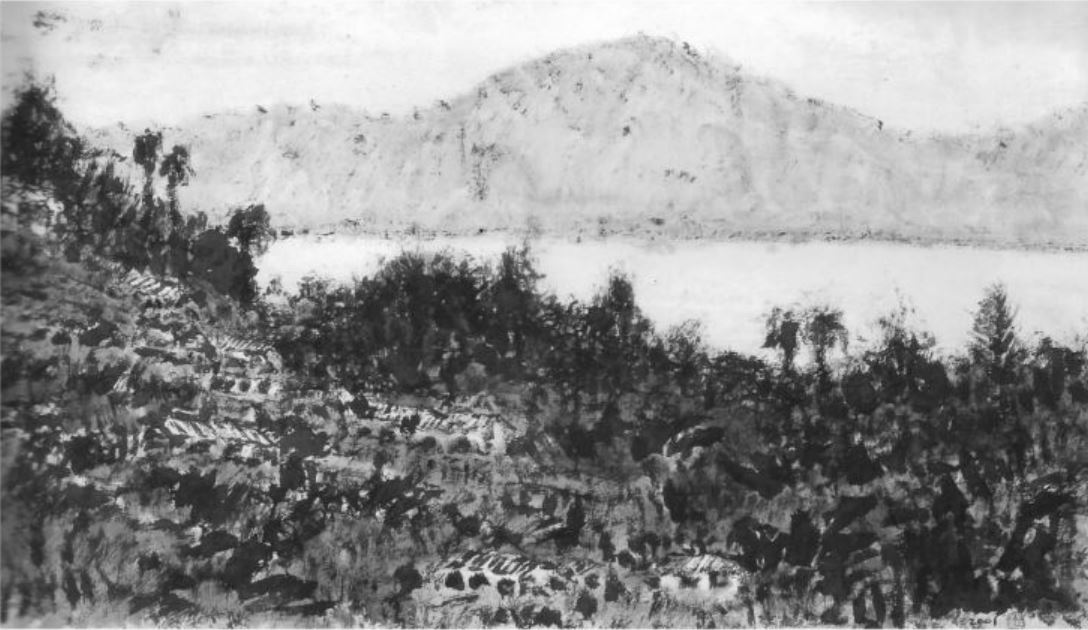 He returned to Mexico in 1970 and held a solo show at the University of Guanajuato. In 1972, during his third visit to Mexico, he had a one-person show in Valle de Bravo, in the State of México.

Over the next decade, he revisited Mexico almost every year, before deciding in 1986 to establish a seasonal home in San Antonio Tlayacapan on Lake Chapala. 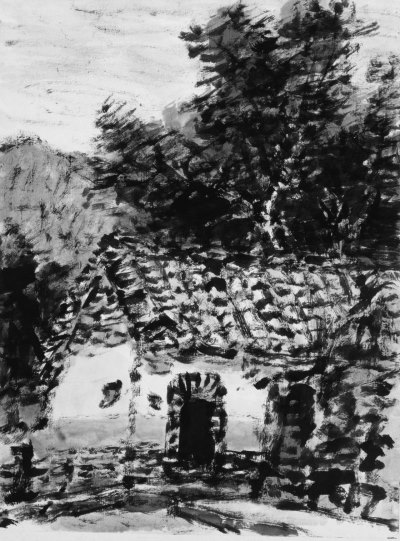 The catalog of images from this exhibition can be viewed on issuu.com.