Of all the notable artists associated with Lake Chapala, the one who made the most waves in international art circles in the latter part of the twentieth century was Feliciano Béjar.

Feliciano (‘Chano’) Béjar was born on 14 July 1920 in Jiquilpan, Michoacán. Jiquilpan had been in close proximity to Lake Chapala for centuries until the eastern third of the lake was drained for agriculture a decade before Béjar was born.

A self-taught artist, who overcame polio as a child, Béjar was revered for his inspired sculptures, painting and weaving. His most famous series of works, dubbed ‘magiscopes,’ imaginatively combined glass with metals, plastics and other recycled materials; they stimulate viewers awareness of the unlimited power of the human eye to see and interpret abstract sculptures. 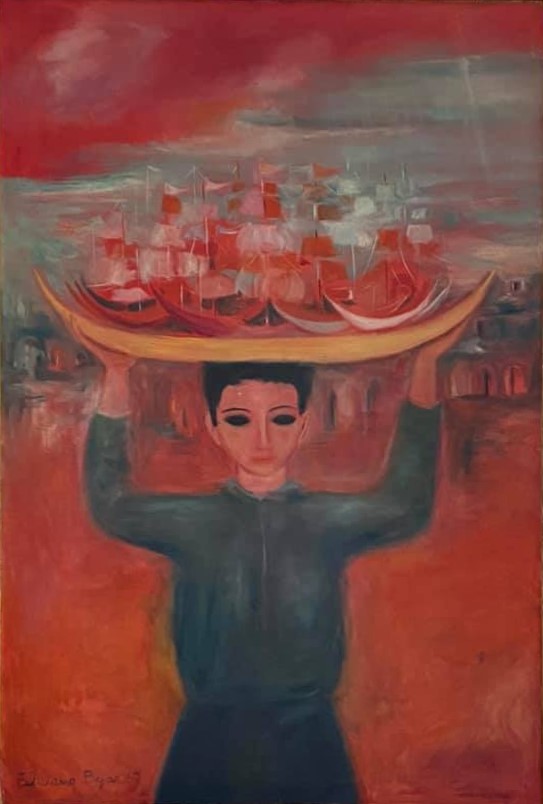 Béjar attended the Colegio Salesiano of Guadalajara (1932-1934) and his childhood interest in art was stimulated by meeting José Clemente Orozco when that great artist was painting his remarkable murals in Jiquilpan in 1940.

There is little point in me rehashing all the details of Béjar’s life, which are readily available online, including in this Wikipedia article.

If it had not been for serendipity, Béjar might never have become an acclaimed artist. He had traveled widely in Mexico before leaving for New York in 1945 to work, paint and buy himself a Chevrolet. Béjar painted during the day and worked nights in a department store. 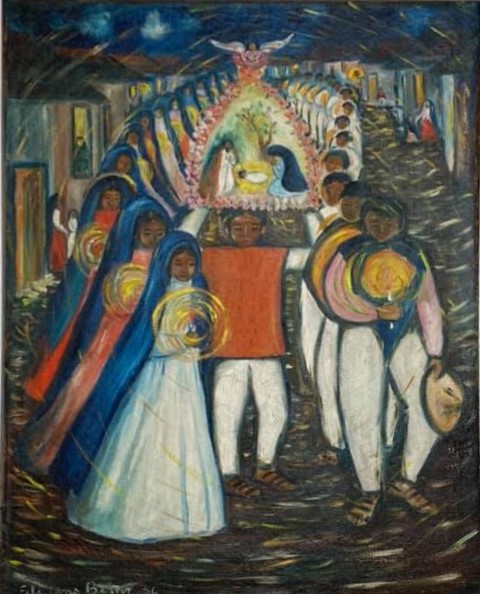 In 1947 he left some paintings at a frame shop which, by chance, was patronized by gallery owner Ward Eggleston. Helped by Nathaniel Coleman and his wife, a wealthy art-loving couple who had struck up a friendship with Béjar in the department store, Eggleston made arrangements to hold a solo show of Béjar’s work at his gallery the following year.

Meanwhile, Béjar had bought a car (despite not knowing how to drive) and persuaded a friend to drive him and the car back to Jiquilpan. Shortly after their safe arrival, his friend borrowed the vehicle to visit his own family; unfortunately he then totaled the automobile in an accident.

Béjar returned to New York for his solo show, the first of several he would hold at the Ward Eggleston Galleries. Nathaniel Coleman remained his chief promoter and sponsor; he purchased some two hundred of Béjar’s works over the years; the terms of his will meant that more than half of them eventually returned to the artist. 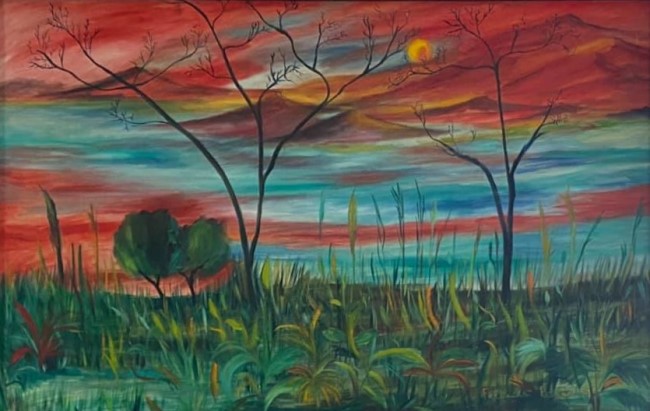 According to a contemporary review of the first New York show, at the Ward Eggleston Galleries in 1948:

“It was difficult to leave the Ward Eggleston Galleries after viewing the paintings of Chano Bejar without being haunted long afterwards by the pinks and yellows and greens in his “Fiery Horse,” a dream creature out of Mexican Indian mythology who flamed and quivered with motion that threatened to shatter the very canvas which held him.”

Béjar’s art remained unrecognized in Mexico, until after he was sponsored by UNESCO to travel to Europe in 1949 for a group show of Latin-American artists which included several of his works. On his return, the Instituto Mexicano Norteamericano de Relaciones Culturales took a keen interest and arranged several shows over the next few years. A retrospective exhibit of his works in Los Angeles in 1956 was funded by the Rockefeller Foundation. These shows helped establish Béjar’s reputation and resulted in dozens more solo shows. UNESCO produced a film in 1964, “The world of Feliciano Béjar,” and Béjar’s work featured in the Mexican pavilion at the New York World Fair in 1965. During his long artistic career, Béjar held more than 150 solo shows in Mexico, the US and Europe.

Two early Chapala-related paintings deserve a special mention. Béjar’s solo show at the Galeria José María Velasco in Mexico City in 1962 included “Tuxcueca.” Completed in 1947, this painting of a humble village on the south shore of Lake Chapala is probably the only time the village has ever been painted by a major artist. A second 1947 oil on canvas was included in Béjar’s 1965 show at Galeria Mer-kup, also in Mexico City: it was titled ‘Chapala.’ 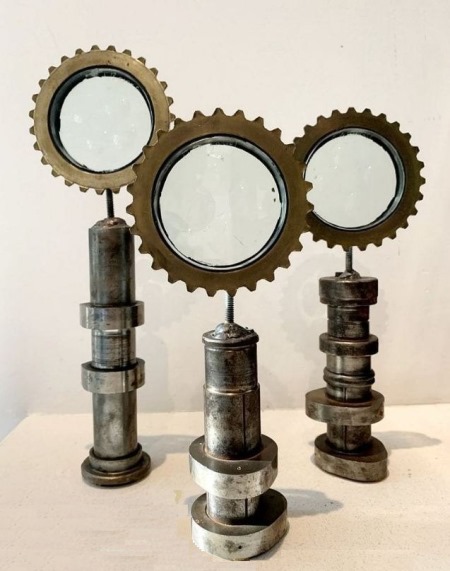 Magiscopes were first shown in 1966 at the Instituto Nacional de Bellas Artes in Mexico City, and at Mappin Art Gallery in London, UK. Inspired by childhood toys and games, Béjar’s magiscopios are somewhat reminiscent of Renaissance clocks, astrolobes and other scientific instruments, coupled with the visual allure of kaleidoscopes.

During this highly productive period of his life, Béjar also prepared designs for several European ceramics makers, including Spode, and designed stage sets. The artist held strong opinions about all manner of social and environmental concerns, and shared them via a weekly column in the 1980s in Mexico City daily El Universal.

Francisco Béjar, one of the more remarkable self-taught artists to emerge in Mexico during the second half of the twentieth century, died in Mexico City on 1 February 2007. His work continues to be highly sought after by collectors.