Ferdinand Schmoll (usually known in Mexico as Fernando Schmoll) was a German painter, born in Cologne in 1879, who owned a lakefront house west of the pier in Chapala for several years early in the twentieth century. It is unclear when Schmoll first arrived in Mexico, or in the Lake Chapala area, but he was certainly living in the Chapala area between 1919 and 1921. Shortly after, Schmoll and his wife left the lake to establish their home in Cadereyta in the central state of Querétaro. Schmoll is best known for his fine landscapes, painted in the European tradition.

Schmoll first arrived in Mexico several years prior to his residence in Chapala. Schmoll had apparently studied art in Germany and Italy and he and his wife were definitely living in Mexico City by December 1913, the year the Mexican Herald reported the opening of an exhibition of his paintings at Avenida Juarez No 8.

Early the following year, Schmoll and his wife arrived in San Francisco. According to the passenger manifest of the “Peru”, it was the first time either of them had been in the United States. They gave their previous residence as Mexico City. 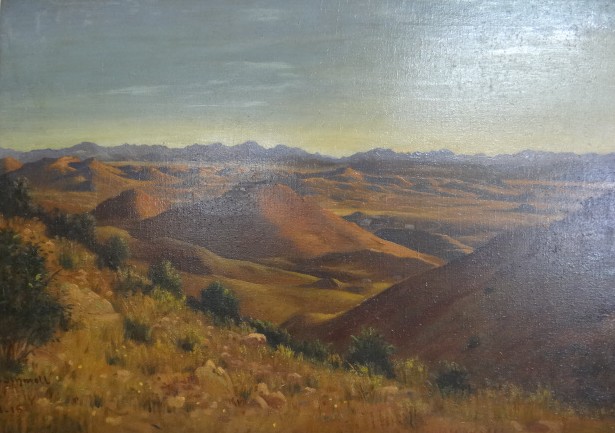 In December 1916, Schmoll was living and working in Saltillo in northern Mexico, near Parral. When forces loyal to Pancho Villa invaded the town, Schmoll was initially reported missing but the artist turned up a few days later at the border in El Paso, Texas. According to contemporary newspaper reports, which described him as “formerly of Los Angeles, California”, Schmoll had been forced to flee Parral and leave behind “a large number of sketches and paintings”, as “he feared to bring them out through Villa territory”. A few months later, in April 1917, Schmoll held an exhibition of oils and watercolors of Mexico and California at the art gallery of the El Paso Women’s Club.

By 1919, Schmoll and his wife were back in Mexico, living at Lake Chapala. Among his early solo exhibits in Mexico was one at the then State Museum in Guadalajara in September 1919. The advance notice for the exhibition says that all the oil paintings by Ferdinad (sic) Schmoll had been painted during the artist’s time in Mexico. The following month, Schmoll donated an oil painting entitled “El Patio” to the museum. In November 1919, Schmoll traveled to Mexico City to exhibit his “perfectly finished and undeniably beautiful paintings” there. 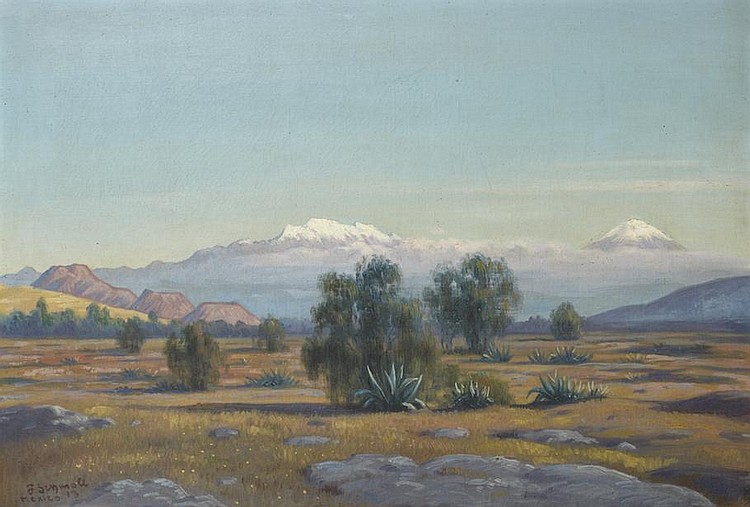 Schmoll exhibited in Guadalajara again at the Club Alemán (16 de Sept #140) in 1921. A review of that show, in the Guadalajara daily El Informador, singled out his painting “Serenata” as best of the 19 works on display, for the way it portrayed light playing on the group of singers. It also praised the flower painting “Dahlias” for its use of color and “intense freshness”. The reviewer concluded that Schmoll was more of a portrait artist than a landscape artist, despite the fine quality of landscapes he incorporated into his paintings. The review lauded Schmoll’s meticulous technique, comparing it favorably to that seen “in the works of the best German artists”. Also mentioned (and well ahead of their time for their subject matter) were several works that were “faithful interpretations of the customs of our humble classes”, including a fine portrait study of an indigenous male.

In June 1925, a solo show of paintings by Schmoll, “considered one of the most notable pictorial interpreters of Mexican landscapes”, was held in Berlin, Germany, at the German Economic League for Central and South America. When Schmoll returned from Europe in September on board the “Holsatia”, he stated his residence as Saltillo.

Schmoll was not only an artist, but also a cactus lover, and in 1920, founded a cactus farm in the town of Cadereyta de Montes, Querétaro, with his wife biologist Carolina Wagner (1877-1951), who had a degree in biology from a German university. The couple traveled widely throughout Latin America. It was a match made in cactus heaven. Schmoll’s exquisite drawings of cacti were coupled with his wife’s scientific descriptions, and this at a time when publications much preferred detailed drawings to photographs.

Ferdinand (“Fernando”) Schmoll died on 24 May 1950 at the age of 71 in Cadereyta de Montes. His death certificate confirms that he was an “artist” and “Mexican by naturalization”. 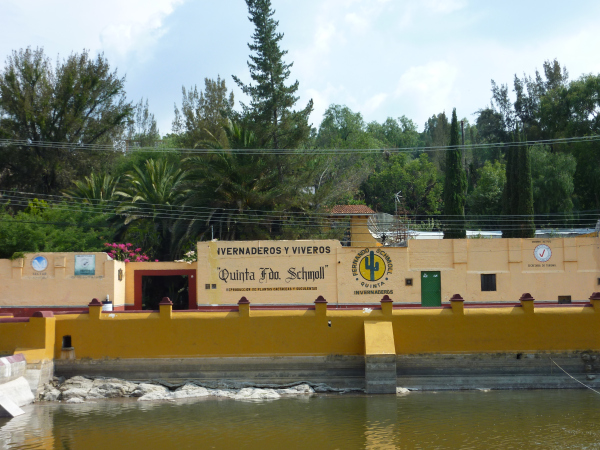 The cactus farm and nursery continue today as a commercial venture, Quinta Fernando Schmoll, that specializes in growing cacti and succulents for export, as well as testing alternative methods of cultivation. The current owner of the cactus farm is Heinz Wagner, a great nephew of the founders.

The center is the Americas’ most important greenhouse location for cactus breeding and houses more than 4000 plant species, of which 1700 are cacti from the Americas. Research at the center has led to the discovery and description of several new cactus species, among them the endemic lamb’s tale cactus (Echinocereus schmollii) named in the Schmolls’ honor.