The renowned western artist John A. Bruce, best known for his portraiture, visited Ajijic on Lake Chapala, probably in the 1960s. His name was recalled by long-time Ajijic visitor Dr. Jim Vaughan when I interviewed him in 1990. Vaughan said that Bruce had drawn a sketch of him, but that it had required several sittings, because Bruce “liked his tequila”. It is unclear how long Bruce stayed in Ajijic or whether he visited more than once. 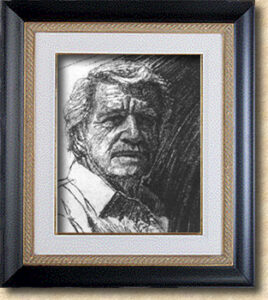 John A Bruce was born in Los Angeles, California, on 8 April 1931. He served in the U.S. Army from 1949 to 1952, including 18 months as an infantryman in Korea. Following military service, Bruce began a long career as a commercial artist in California. He worked as Art Director at the Field Service Department, North American Aviation in Downey from 1952 to 1957. He then worked as an illustrator at Aerojet General Corp., in Sacramento, for three years, before starting his own company, Cal Graphic Advertising in 1960. Cal Graphic lasted three years until 1963 when he became Art Director at Barnes/Chase Advertising, in Santa Ana, a position he held until 1967. Following Barnes/Chase, he became Vice President of Gil Franzen Art Studio, in Los Angeles (1967-1969) and then Art Director at the Independent Press Telegram, in Long Beach (1969-1973) before once again seeking his independence by becoming a free-lance artist working on Disney’s EPCOT project in Burbank. 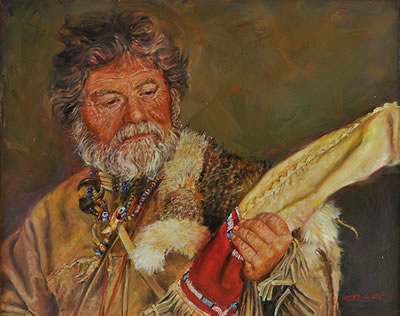 Bruce studied art at the Art Center School in Los Angeles and the Chouinard Art Institute, and gained a B.A. in Psychology (with a Minor in Art) from California State university in Los Angeles in 1965. 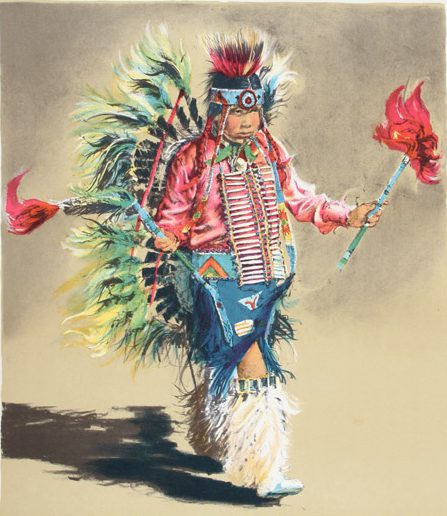 Bruce has won numerous awards for his art, including “Best of Show” at Vision 99 – Chicago Windy City Artists (1999), at American Indian & Cowboy Artists (1992; Autry Museum Masters of the American West (1996) and Festival of Western Arts, San Dimas (1996). Artworks by Bruce were adjudged “People’s Choice” at American Indian & Cowboy Artists (1988) and Art of the West Magazine (1992). At American Indian & Cowboy Artists, Bruce won Eagle Feather Awards in 1988 and 1989, and a Gold Medal for Oil Painting in 1992. At the Prairie Fire Art Show in Wichita, Kansas, he won Gold Medals for Drawing in 1990 and 1991 and for Oil Painting 1991. He also won a California International Artist of the Year award in 1975 and the John Grayback Award for Oil Painting at the American Artists Professional League (New York) in 1988. A number of lithographs by Bruce are in the permanent collection of the Smithsonian Institution in Washington, D.C.

Bruce has resided in Mariposa, California for many years and continues to find reward in his art.

In a 2010 blog post, David Lemon, a fellow member of the American Indian & Cowboy Artists, and friend of Bruce, explains that Bruce suffered serious health set-backs following a fight against cancer and an incident in the V.A. hospital which damaged Bruce’s back and right shoulder. Bruce responded to Lemon’s comments saying that he was not yet able to paint “due to the limited range of motion of my arm” but that he had begun working in charcoal and that it “feels great! I can’t imagine what my life would be like without some art in it.”

2 Responses to “Western artist John A. Bruce visited Ajijic in the 1960s”