Canadian artist John Russell Richmond (1926–2013) began drawing and painting as a child, “around the time that he was learning to hold a crayon without eating it.” He was still producing highly original work at Lake Chapala well into his eighties. 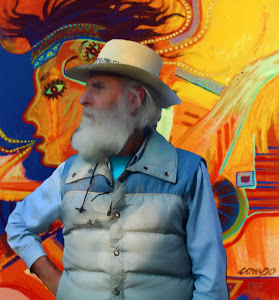 Richmond was a painter, illustrator, muralist, educator and author. He was born in Toronto on 25 October 1926 and died in Lindsay, Ontario, on 17 January 2013.

He retired from his position at the Ontario College of Art & Design in 1991 to divide his time between Ontario and Ajijic. Richmond was a member of the Royal Canadian Academy of Arts, the Canadian Society of Painters in Watercolour, the Ontario Society of Artists and the Arts and Letters Club.

Richmond wrote and/or illustrated numerous publications, including Gambit (1958); Around Toronto (1969); Discover Toronto (1976); and the “Discover Ontario” series of whimsical maps and columns, published in Toronto Calendar Magazine in the 1970s. Together with his partner, Lorraine Surcouf, he also published A Tearful Tour of Toronto’s Riviera of Yesteryear (1961).

John Richmond also undertook mural commissions and was responsible for several works in Toronto, including in the original Maple Leaf Gardens, the former Air Canada Centre, and the Knob Hill Farms supermarket, the largest supermarket of its time in Greater Toronto. Richmond also completed a mural in the public library of Uxbridge, the township where he had his home and studio. Richmond was a founding member of the Uxbridge Celebration of the Arts.

Richmond’s art was exhibited widely during his lifetime in Canada, and later in Mexico, where he adopted the art name Juan Compo. 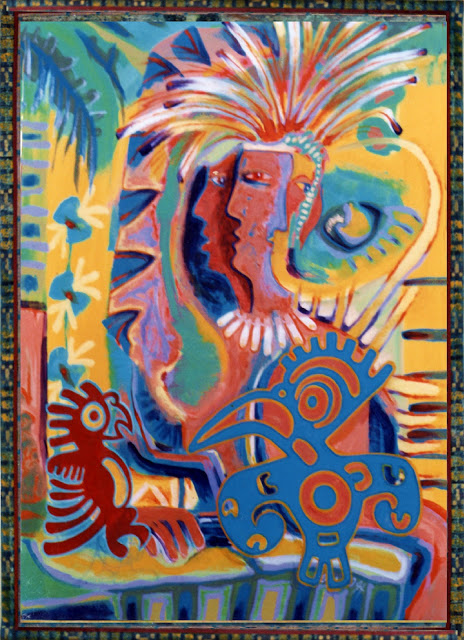 As Juan Compo, in Ajijic, he produced an impressive series of mixed-media images of imaginary ancient American goddesses as well as more traditional paintings. 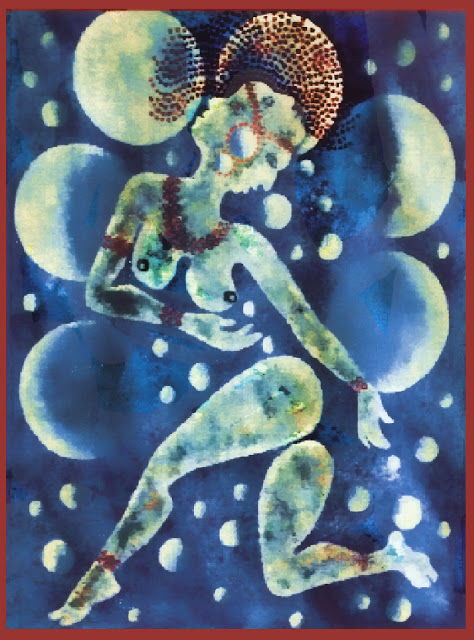 This 5-minute YouTube video is a good introduction to his project.

Like many artists before and since, living at Lake Chapala jolted this artist of talent into an entirely fresh, creative phase of his career. His stated ambition was “to raise awareness of The Ancient American Goddess among all inhabitants of both American continents, North and South.”

6 Responses to “John Richmond, aka Juan Compo, painted in Ajijic in the 1990s”