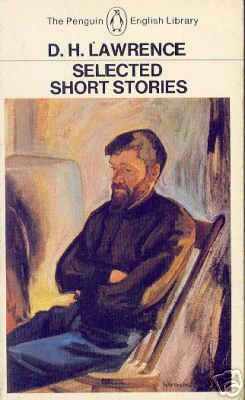 In 1922-23, he became part of the circle of artists and writers that revolved around fellow Danish painter Knud Merrild (1894-1954), who later contributed significantly to the U.S. Modernism movement, most notably that chapter of the movement that took place in Los Angeles, California.

Gøtzsche and Merrild first met in New York, and they subsequently drove to Taos where they spent the winter of 1922-23 and became friends with the English author D. H. Lawrence and his wife Frieda. During the winter at the ranch, Merrild designed several dust-jackets for the American editions of Lawrence’s books, though most were never used. 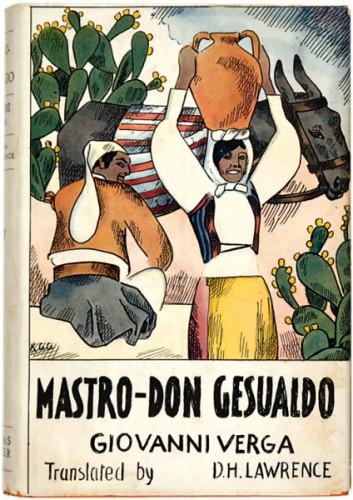 Lawrence and his wife traveled to Mexico early in 1923, staying first in Mexico City and then renting a house in Chapala. At Chapala, Lawrence spent several months writing the first draft of the book that would later become The Plumed Serpent.

While Gøtzsche did not visit Lawrence during the English writer’s first trip to Chapala (May-July 1923), he did travel with him later that year, when Lawrence revisited Mexico in the autumn and then sailed to Europe. That trip took the two men down the west coast of Mexico and on to Guadalajara, where they stayed for a month.

On 21 October 1923, they took a day-trip to Chapala, so that Lawrence could revisited old haunts. Gøtzsche’s memories of this trip were published in D.H. Lawrence: A Composite Biography, Volume Two, 1919-1925 (edited by Edward Nehls), published in 1958. According to Drewey Wayne Gunn in American and British Writers in Mexico, 1556-1973, “Gøtzsche  was painting and was particularly enchanted with Chapala when they visited it one day”. 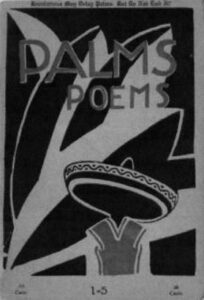 Gøtzsche became well-known for his animal, flower and figure paintings, and his artwork was chosen for the cover of the Penguin edition of D. H. Lawrence: Selected Short Stories (top image) and for D. H. Lawrence’s translation of Giovanni Verga’s Mastro-don Gesualdo (middle image).

Works by Gøtzsche can be found in the collection of the Brooklyn Museum. Gøtzsche also illustrated the cover of at least one issue of Palms, the small poetry magazine edited by Idella Purnell Stone in Guadalajara from 1924 to 1929. (bottom image)

Gøtzsche married Esther Andersen, a fellow Dane, in 1926; the couple’s two children were born in the U.S., but shortly after his exhibition at the Art Institute of Chicago in 1932, the family moved to Denmark. They spent another five years in the U.S. from 1947 to 1952, before returning once again to Denmark.