Hari (Harry) Matthew Kidd (1899-1964) was a painter, printmaker and writer associated with Philadelphia (Pennsylvania), El Paso (Texas) and Key West (Florida). Kidd was living in Chapala in the mid-1940s when he first met his future wife Edythe Wallach, then living in Ajijic. Kidd had his paintings in a group show at the Villa Montecarlo in Chapala in December 1944, a month after Wallach had held her own one-person show there.

Born in Detroit to an Englishman and his Canadian wife, Hari Kidd attended high school in El Paso before enlisting as a teenager in the Royal Canadian Air Force which later sent him to England to paint a portrait of General Hugh Montague Trenchard (later 1st Viscount Trenchard). Kidd returned from Europe in 1923 and studied art at the Pennsylvania Academy of the Fine Arts in Philadelphia. His first wife, Elizabeth, also an artist, was possibly a fellow student. The young couple left from Boston in May 1927 on an extended trip to Europe, returning to Philadelphia in early April of the following year.

In 1933, apparently on health grounds (Kidd had lifetime mobility issues), and seemingly without Elizabeth, he moved to El Paso. He soon acquired a reputation as a fine artist and mixed in an illustrious social circle that included sculptor Urbici Soler. He was also a good friend of the British conductor Leopold Stokowski, director of the Philadelphia Symphony Orchestra. 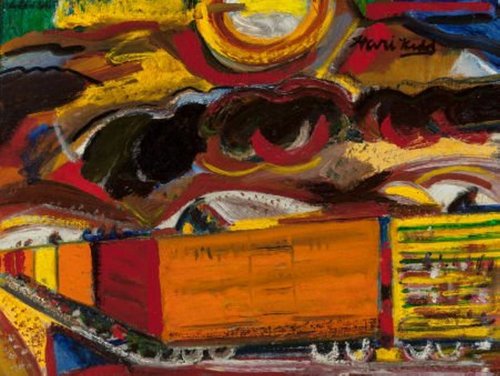 Kidd’s work was in numerous local exhibits including a one-person show at the Crouse Galleries in El Paso in 1937. During his years in El Paso, Kidd gave art classes from his studio. Among his students was the El Paso artist Jake Erlich who stood 2.59 meters (8 feet 6 inches) tall and was widely believed at the time (even if inaccurately) to be the tallest man in the world.

Hari Kidd also turned his hand to writing, sending letters, columns and articles (often illustrated with charming drawings) to the El Paso Herald-Post. From El Paso, he made several trips into Mexico, including one to San José Purua in 1939 and another, in about 1942, further south into Oaxaca, spending close to a year in Tehuantepec and Ixtepec. These trips provided material for several illustrated articles for Mexico Magazine whose editor, Lloyd Burlingham, lived in El Paso.

The 1940 US Census lists Kidd as “divorced”, living on his own in El Paso. He had already had a painting included in the All Texas General Exhibit which opened in January 1940 at the Museum of Fine Arts in Houston. A year later, his first major solo show, of oil paintings at the Palace of Legion of Honor in San Francisco was warmly received by knowledgeable critics. Simultaneously he had a solo show of watercolors at Gump’s store in the same city.

That same year, further east, his work was chosen for the Texas-Oklahoma General Exhibition and he had a solo show (in October 1941) at the Witte Museum in San Antonio, where a reviewer commented (favorably) that Kidd was a “colossal egotist, sure of himself as a creative artist.”

Kidd’s social realism pictures frequently depicted Mexican people and topics, based on explorations along the Río Grande. According to several accounts, Kidd was sufficiently famous to have been visited in El Paso by Diego Rivera and Frieda Kahlo. 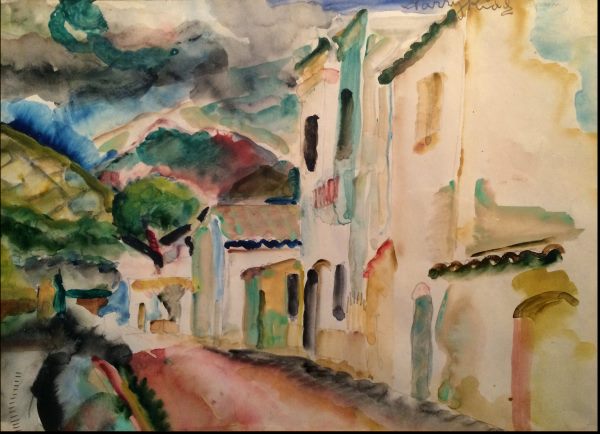 Back in El Paso in 1944, Kidd persuaded a local hospital for wounded Army soldiers to hang his paintings in their rooms as inspiration to speed their recuperation. He also held a show of painting at the Mexico Magazine Galleries in El Paso, which was operated by fellow artist (and Lloyd’s wife) Hilda Burlingham. That exhibition was then sent to the American Airlines office in New York City.

In late 1944, Kidd was back in Mexico and living at Lake Chapala. He is one of just three artists named in a short piece in the Guadalajara daily El Informador about the founding of a “Chapala Art Center” and its first exhibition, held at the Villa Montecarlo in Chapala from 10-17 December. (Edythe Wallach, his future wife, had held a solo exhibition at the same venue a month earlier). Betty Binkley of Santa Fe and English artist Muriel Lytton-Bernard are also named in the newspaper. The show also included works by the famous American surrealist Sylvia Fein, Ann Medalie, Otto Butterlin, Ernesto Linares (Lyn Butterlin), and Jaime López Bermúdez.

Hari Kidd was friends with Tennessee Williams and it may even have been Hari Kidd who first suggested that the great writer spend the summer of 1945 in Chapala.

Hari Kidd married Edythe Wallach in Key West, Florida, in March 1946. Later that year, the Miami News reported that Mr Kidd was preparing for a solo show at the Philadelphia Art Alliance in December. That show was followed by a second solo show, at the same venue, of Kidd’s “new and sensational” War Series of watercolors, which firmly established his reputation as an artist of note.

In September 1947, Kidd held another solo show of watercolors, at the Pittsburgh Water Color Society. 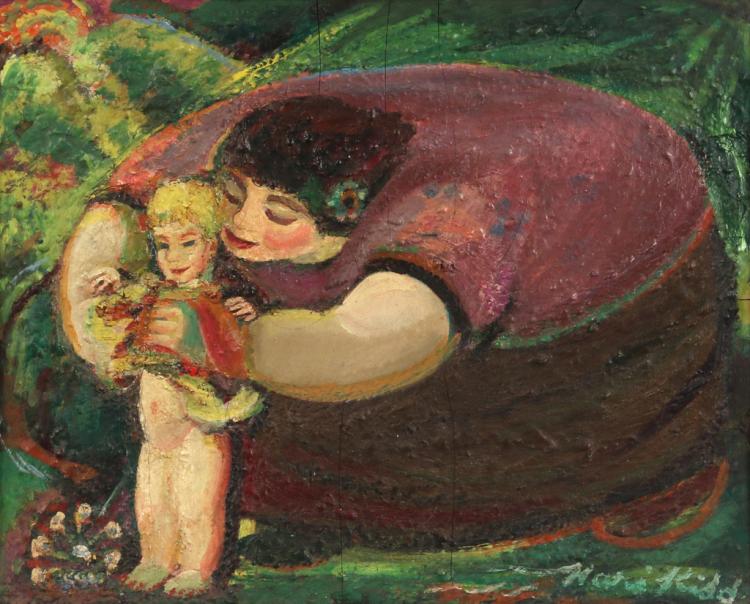 In 1964, due to her husband’s declining health, Edythe and Hari moved to Tucson, Arizona, where Hari Kidd-artist extraordinaire-died in hospital four months later.

A retrospective of Kidd’s art opened at the El Paso Museum in October 1967; his widow attended the opening. Individual works by Kidd have also appeared periodically in group shows, including two at the Harmon Gallery in Naples, Florida in 1975.

In 1990, Edythe Kidd donated 135 of her husband’s works (the largest known collection of his work, comprising oils, lithographs, water-colors, gauches and cancels) to  the University of the South, a private, coeducational liberal arts college in Sewanee, Tennessee. According to the university journal, “It is not known why the collection was donated to Sewanee, however it may have been on account of his friendship with Tennessee Williams, donor of ten million dollars to the University following his own death in 1985.”

A posthumous retrospective of his work was held in 2010 at the El Paso Museum of Art (EPMA). Examples of his work are in the permanent collections of the Whitney Museum of American Art, the Philadelphia Museum of Art, the Atlanta Art Museum and the Museum of Modern Art in New York.

My sincere thanks to Mary O’Neill, Visual Resources Librarian at The University of the South, for graciously providing me with copies of documents and images in the library archives.