Tink Strother (1919-2007) was, an acclaimed portrait painter who lived in Ajijic from 1961 to 1963. As Peggy Kelly wrote in her obituary of Strother for the Santa Paula News, Strother’s portraits reflect “not only the physical likeness of the subject but also their personality and soul.”

In Ajijic, Tink Strother met Colombian artist Carlos López Ruíz (1912-1972). They subsequently moved to California, where they opened a joint studio and gallery, first in Pico Rivera and then in Whittier.

The owner of this striking portrait contacted us in the hope that someone could identify the individual so deftly painted by Strother. 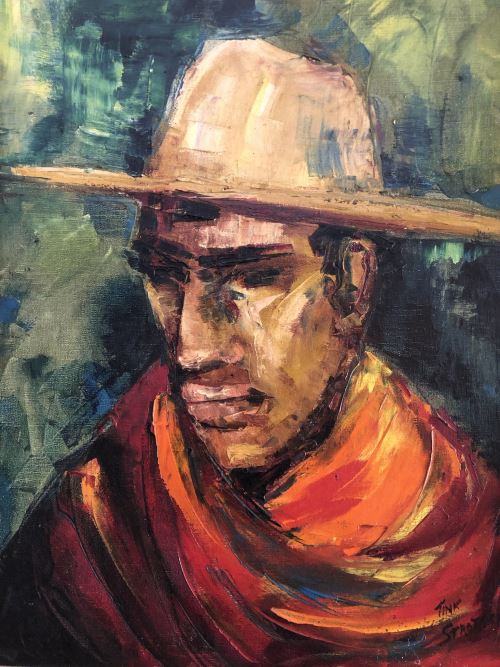 By an extraordinary coincidence, this painting is remarkably similar to the one immediately behind her in this image of the artist in her studio in 1962, previously published in our profile of her: 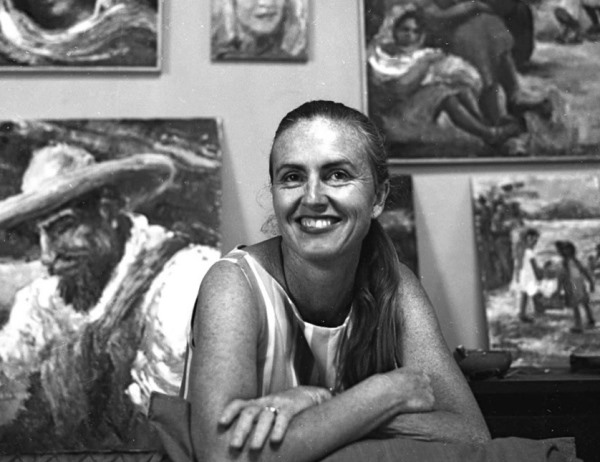 The two paintings appear to be portraits, from slightly different angles, of the same individual. Please get in touch if you recognize this individual who was the subject of such a superb portrait.