Mary Helen Creighton, usually known simply as Helen Creighton, was born into an upper-class family in Dartmouth, Nova Scotia, on 5 September 1899, and became one of Canada’s most prominent folklorists. Her career spanned sixty years, and she gained an international reputation in the field.

After gaining a diploma in music from McGill University in 1915, and graduating from the Halifax Ladies’ College in 1916, Creighton worked as a driver with the Royal Flying Corps in Toronto, and as an ambulance driver for the Red Cross Caravan in Nova Scotia. After completing a course in social work at the University of Toronto, Creighton then traveled to Mexico for a year, where she visited her brother, living in Mexico City, and taught at the American School of Guadalajara. 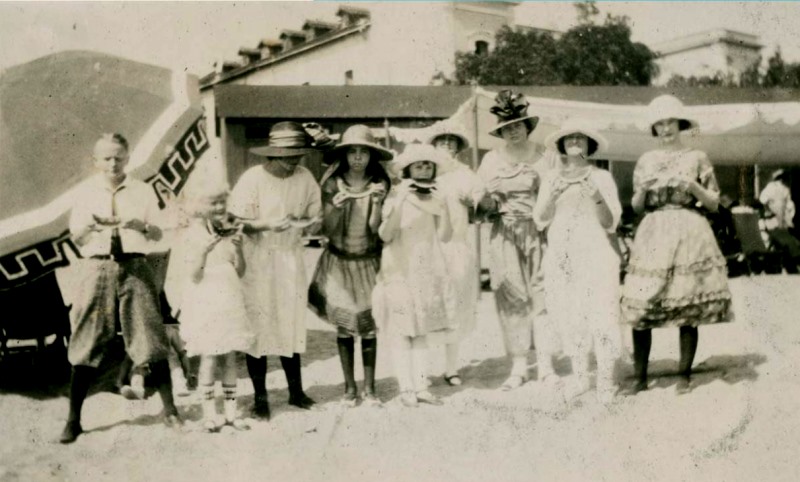 Creighton arrived in Mexico from Cuba in 1922 and taught most of 1923 at the American School of Guadalajara. A keen photographer, Creighton’s snapshots from her time in Mexico can be viewed on the website of Nova Scotia Archives. In early April 1923, the local Guadalajara daily noted that “Miss Helen Creighton has returned to Guadalajara after spending a very pleasant week with her brother, Dr Creighton of Mexico City.” Two weeks later, she was listed among attendees at the large Rotary Club party in the city.

The exact dates of her visit (or visits) to Lake Chapala are unknown, but all her photographs of Chapala are dated 1923, and they were almost certainly taken within a few weeks of when D H Lawrence arrived at the beginning of May. Photographs taken by Creighton at Chapala show her friends, boats the beach, and a view of the Villa Montecarlo from the lake. Her captions name various people, including a second Helen, Dora, Josie, Lily, Betty, Robert Pierce, Margaret Pierce, Lily, Pauchi, Mrs Bremer and Mrs Neal, most of whom are presumed to have been administrators or fellow teachers at the American School. 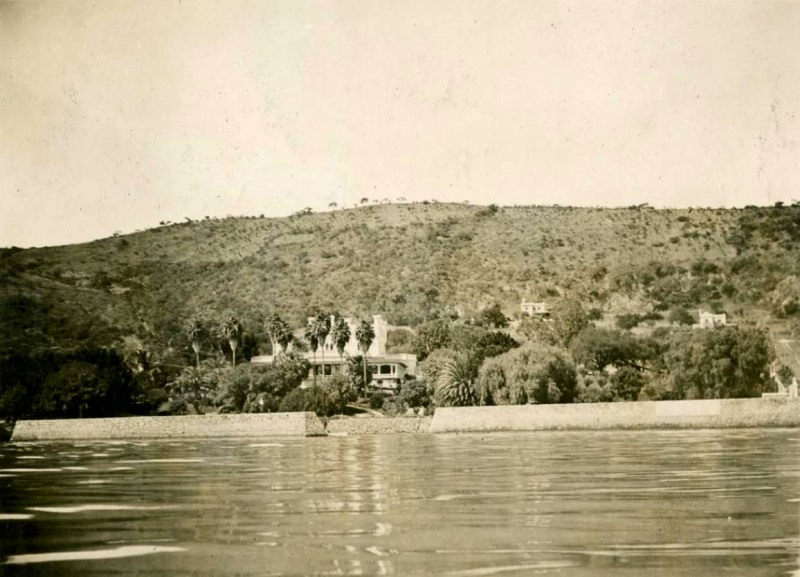 On returning to Canada, she began a broadcasting career as “Aunt Helen” and read children’s stories on radio CHNS Halifax. In 1928, Dr Henry Munro, the Superintendent of Education for Nova Scotia, urged her to find and record more local stories and songs. This was the start of her passion as a folklorist. Creighton became an intrepid traveler, hiking or sailing, carrying her melodeon (button accordion) to the remotest parts of the province, in search of new material. Before the development of audio tapes, she used wax cylinders and acetate disks to record music and songs in situ. She also investigated and wrote about ghosts, superstitions, witchcraft and buried treasure.

Though Creighton was awarded numerous honorary doctorates and the Order of Canada, her work was not without its critics. Some claimed that her song selections and editing were flawed; others argued that she could never escape her privileged background, and that her collections helped commodify Nova Scotia tourism literature which highlighted its ‘Scottishness’ and the myth of ‘hardy fisherfolk.’

Helen Creighton, author and pioneering folklorist, and subject in her lifetime of three documentaries—Songs of Nova Scotia (1957), Land of Old Songs (1960) and Lady of the Legends (1966)—died in her native town of Dartmouth on 12 December 1989.

An extensive collection of materials related to Creighton’s personal life, and her career as an outstanding author and folklorist, is held by the Nova Scotia Archives.