Born in Oklahoma City, Oklahoma, Philip Rosheger (1950-2013) began his musical career with childhood piano lessons before taking up the guitar in 1962. His progression as a guitarist was exceptionally rapid. By his mid-teens, he was taking master classes in Spain with José Tomás and the legendary Andrés Segovia, and his protégés, José Tomás and José Luis Rodrigo. He subsequently performed in the master classes given by Venezuelan virtuoso Alirio Diaz in Alessandria, Italy.

His guitar playing earned him many awards during his stay in Europe from 1966 to 1974, and he became the first American ever to win First Prize at the International Guitar Competition in Santiago de Compostela. 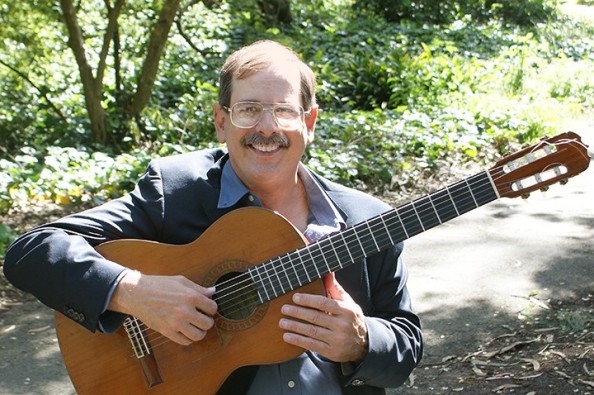 At a lifetime of concerts and recitals in Spain, Canada and throughout the US, Rosheger displayed “his flawless technique, his tone of very best quality, his responsive personality and his exquisite sensitivity,” at venues such as Carnegie Recital Hall, Herbst Theater in San Francisco, and Bovard Auditorium at the University of Southern California, Los Angeles.

Rosheger was on the faculty of San Francisco Conservatory of Music from 1975 to 1978 and Sonoma State University in Northern California from 1979 to 1989. In addition to playing, he became an acclaimed composer who performed many of his original compositions in public.

Rosheger was visiting a former student, Jim Byers, in Chapala in 2008 when he composed “Clear Southern Sky,” which he dedicated to his host. “Clear Southern Sky” was first recorded by Eddie Lara on his disc titled “840″ and first performed in public in 2021 at the Centro Cultural González Gallo en Chapala.

The musical history of Ajijic is the subject of chapter 38 of Foreign Footprints in Ajijic: Decades of Change in a Mexican Village.