Jaime López Bermúdez (Mexico City 1916-) is a Mexican artist and architect who lived and worked for at least several months in Ajijic in the mid-1940s. He exhibited some of his painting in a group show in 1944 at the Villa Montecarlo in Chapala, alongside paintings by Betty Binkley, Ernesto Butterlin (“Lin”), Otto Butterlin, Ann Medalie, Sylvia Fein and others.

His stay at Lake Chapala is briefly described in an article published in 1945 by American author Neill James, who had moved to Ajijic a couple of years earlier. Jaime López Bermúdez, “a surrealist from the Capital, occupied a huertita overlooking the lake and worked for several months with his charming wife, Virginia, and a Mexican cat for company.”

In reality, Virginia was a long-time girlfriend, and López Bermúdez’s status was correctly listed as “single” on the certificate of his marriage to American-born Josephine Blanche Cohen Sokolski in Mexico City in December 1949. Unfortunately the marriage did not last very long. After living in Jaime’s experimental house (see next paragraph) for about a year, the couple moved to the U.S., but split up shortly after their son Jon Dario (now Cody Sokolski) was born in Manhattan on 1 December 1951. Jaime returned to Mexico. 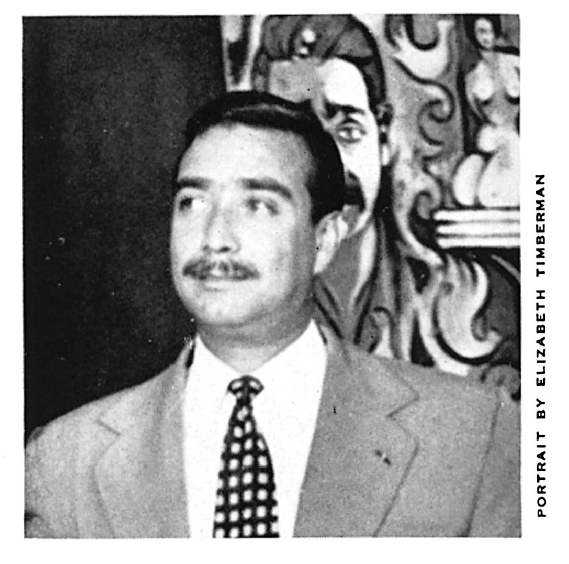 In the early 1950s, López Bermúdez gained reputation as an architect. He was considered one of Mexico’s more important “modernist” architects, and was featured in a special August 1951 issue of Arts and Architecture devoted to Mexican architecture. That issue included photos of a one-bedroom home designed and built by López Bermúdez (for himself) in the Santa Fe district close to Mexico City. The design was a modernist, steel-framed one bedroom house, with garage underneath, which could be completed for under 1500 dollars. According to the accompanying text, “Jaime López Bermúdez is a painter as well architect, this duel role being a commonplace among young and old of his profession in Mexico. The mural on the front of the house is his.”

At a later stage of his life, though the precise dates are unclear, López Bermúdez opened and ran an art gallery, Galeria Coyote Flaco, in upscale Coyoacán, in the southern part of Mexico City, for several years. In the early 1960s, López Bermúdez was the first to recognize the artistic talent of British-American photographer Jon Naar. He persuaded Naar to exhibit his photographs of Mexico City street scenes in the Galeria Coyote Flaco in 1963. The exhibit, entitled “El Ojo de un extrañjero” (“The eye of an outsider”) launched Naar into a hugely successful career as an artist-photographer.