Elizabeth Bartlett (1911-1994) was a poet and writer who lived for a time in the Lake Chapala area with her artist-author husband Paul Alexander Bartlett and son Steven James Bartlett in the early 1950s. Later, in the 1970s, the family revisited the Chapala area several times from their then home in Comala, Colima. Bartlett gave several poetry readings in the Chapala area, though the precise dates and locations are unclear.

In addition to her poetry, Bartlett is remembered as an author of fiction, essays, reviews, translations, and as an editor. She was also founder of the international non-profit organization Literary Olympics, Inc. 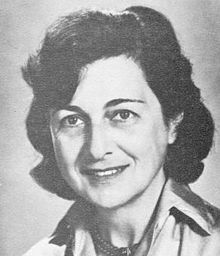 Eizabeth Roberta Bartlett (née Winters) was born in New York City in 1911. She was awarded her degree from Teachers’ College in 1931 and then undertook  postgraduate studies at Columbia University (1938-40), before dedicating herself to writing and teaching.

She first met her husband in Mexico in 1941, and the couple married in Sayula (Jalisco) in 1943. Their son Steven was born in Mexico City two years later. The family divided their time between the USA and Mexico. In Mexico, the family lived in numerous different states while Paul Bartlett was researching his book on Mexican haciendas.

Bartlett was founder and president of the international non-profit organization, Literary Olympics, Inc., which was established to reintroduce a cultural component to the Olympic Games. In relation to this, Bartlett edited three international multi-language anthologies to coincide with the Olympics, beginning in 1984. A fourth volume was published in 1997 in memory of Bartlett, to honor her for her work with the Literary Olympics, and to commemorate the 1996 Olympic Games.