Sculptor Leonie Trager, presumed to be Austrian, lived and worked in the Lake Chapala area in the early 1970s. She held a solo exhibition in the Galería del Lago, Ajijic, in 1973, when she was living in Chula Vista (mid-way between Ajijic and Chapala). 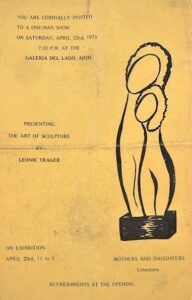 The catalog for that exhibition includes a brief biography stating that she had graduated from the Academy of Fine Arts in Vienna, Austria and had “worked with great sculptor Ivan Mestrovic” in Dubrovnik (Croatia, then Yugoslavia). She apparently held several solo shows in London, UK, and also exhibited in the New York area, while her works were prized by private collectors in the USA and elsewhere.

Very few of her pieces have appeared at auction.

Her “Mothers and Daughters” sculpture (see image below), reported to be 14″ in height and limestone, was also shown in that show. 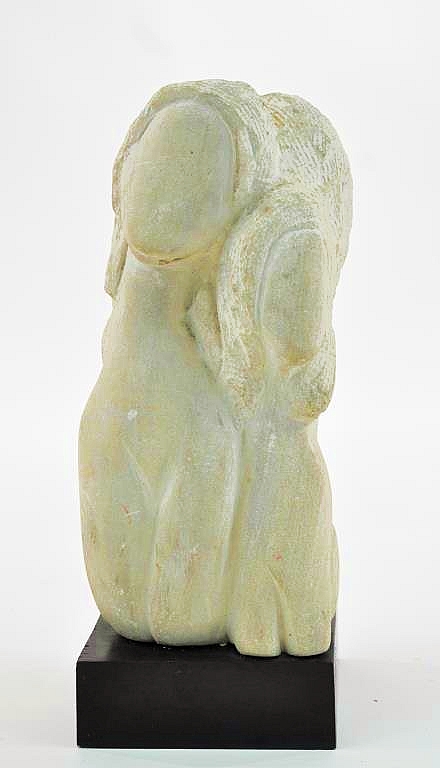