Emil Armin (1883-1971) was born in Rădăuţi (Radautz), Romania, in 1883 and died in Chicago in 1971. He is assumed to have visited Lake Chapala at some point in the mid-1950s since one of his paintings, entitled “Morning Lake Chapala”, was hung in a no-jury exhibition of Chicago Artists in Chicago in February 1957. That exhibition was sponsored by The Art Institute of Chicago and Chicago Art Organizations in cooperation with the Honorable Richard J. Daley, Mayor of the City of Chicago. 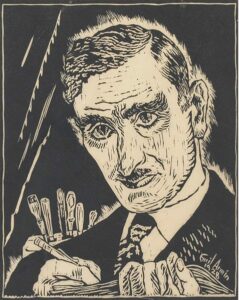 Armin was raised in a Jewish family but lost both his parents at the age of 10 and was brought up by older siblings. As a teenager, he worked in restaurants to support himself, and took evening art classes, as well as learning English and French.

In 1905, when Armin was 21, he emigrated to the U.S. to join his brother in Chicago. Two years later he enrolled in night classes at the Art Institute of Chicago, but his precarious financial situation led to him having to take a break from classes in 1911.

In 1913 Armin made several visits to the famed Armory Show which brought avant-garde artists such as Matisse and Cezanne to the attention of the American public. Both Armin and Emil Holzhauer (another painter of European origin who would later paint Lake Chapala) were inspired by the sharp contrast between these works and their own prior art training. In Armin’s case, an exhibition of works by Russian artist Boris Anisfeld at the Art Institute suggested an artistic avenue worth exploring.

Armin started taking formal classes at the Chicago Art Institute again in 1918, and after studying with Randall Davey and American realist painter George Bellows, finally graduated from the Institute in 1920.

He quickly became an active member of Chicago’s modernist art community, part of the 57th Street Art Colony in Hyde Park, and began to exhibit with the Chicago Society of Artists. 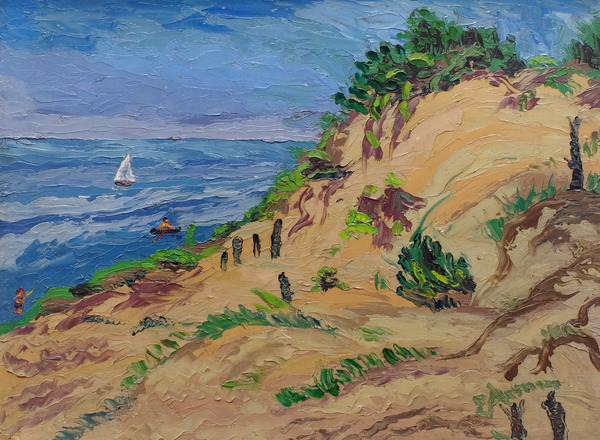 From 1922 to 1949, Armin was a regular exhibitor at the Annual Shows of the Chicago Art Institute, but also joined the No-Jury Society of Artists, established in 1922. The Society had been formed, according to the catalog of its first show, because “standards of the past… are chains by which the free development of art is hampered.” The Society considered that technique was less important than “honest, spiritual content”.

Armin, who exhibited in all of their shows, served for a time as the Society’s president. Armin also taught for a time (1925-26) at Chicago’s Hull House, a settlement house set up to receive recently-arrived European immigrants.

In 1926, Armin was a founder member of Around the Palette (renamed, in 1940, the American Jewish Art Club, and later the American Jewish Artists Club), and exhibited with them regularly throughout his life. His work was also part of the group exhibitions of the Renaissance Society in Chicago in 1931, 1941, 1946 and 1962. 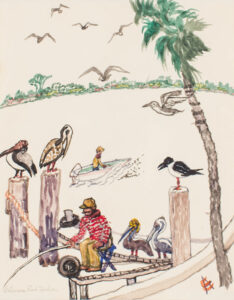 In the 1930s, Armin was an active participant in both the Public Works of Art Project and in its successor the Works Progress Administration.

Armin’s artwork included cartoons, woodblocks, paintings and sculptures. Though Armin also spent some time in New Mexico (1928), Maine, Mexico and elsewhere, Chicago was his home throughout his adult life. Armin’s subject matter varied, but he is particularly well-known for depictions of urban life in Chicago, as well as biblical themes and Jewish rituals.

Armin married Hilda Rose Diamond in 1945. Following his death in 1971, she worked with the Illinois State Museum to chronicle Armin’s career as an artist, resulting in a retrospective exhibition featuring more than seventy of his works.