American anthropologist Ralph Beals was traveling with fellow anthropologist Elsie Clews Parsons (1875-1941), when they visited Chapala and Ajijic in December 1932.

The two anthropologists had been working with the Cora and Huichol Indians at Tepic, Nayarit, and were on their way south towards Oaxaca. Years later, Beals would adopt Parsons’ fieldwork methods and follow up on her pioneering work at Mitla, Oaxaca, subsequently publishing his findings as The Peasant Marketing System of Oaxaca, Mexico (1975).

Parsons and Beals arrived in Guadalajara by train from Tepic, but Parsons decided that  the city had little to offer ethnologically, so they chartered a car and drove to Chapala.

“There they settled into the inn, where Beals’s room looked out across an arm of the lake to a tree-embowered house where D. H. Lawrence had stayed a few years before.” “I have never been in such an enchanting place in my life,” Beals wrote Dorothy [his wife]. “If I had to pick just one place to go with you I’d certainly pick this.” (quoted in Deacon) They stayed in Chapala for about ten days. 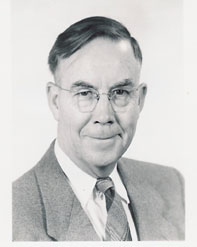 Parsons had heard that the villages around the lake performed an interesting version of the dance called La Conquista (The Conquest) in the multi-day celebrations for 12 December, Guadalupe Day. She and Beals took a boat to Ajijic on 15 December to watch events unfold, discovering that there were so few other spectators that the procession and dances were clearly held for the participants’ own pleasure.

Leaving Chapala, they took a two-hour launch ride to Ocotlán, before catching the train to Mexico City, where they arrived just in time for the social whirlwind of Christmas.

Ralph Beals, born in Pasadena, California on 19 July 1901, gained his doctorate in 1930 from the University of California at Berkeley, and after a brief stint in the National Park Service, taught at UCLA for 33 years, from 1936 to 1969. He founded the UCLA Department of Anthropology and Sociology, and served as its chairman in 1941-1948. He was later chairman of the UCLA Department of Anthropology, 1964-1965. Beals served as president of the American Anthropological Association, and was the recipient of a Guggenheim Fellowship and a National Science Foundation Grant. 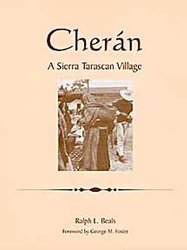 Beals first visited Mexico in 1918-19 when he spent time in Sonora and Sinaloa. In 1932, he worked with the Yaqui and Mayo. Later, with Elsie Clews Parsons, he studied the Cora and Huichol in Nayarit, as well as the Mixe in Oaxaca. In 1938, he was a member of the multidisciplinary team that made a comprehensive study of the Tarascan Indians in Michoacán, to help formulate government policies and programs. During this project, Beals and various collaborators and assistants carried out extensive fieldwork in the town of Cherán.

His academic writings related to Mexico include: The Comparative Ethnology of Northern Mexico before 1750 (1932); The contemporary culture of the Cáhita Indians (1943); The aboriginal culture of the Cáhita Indians (1943); Houses and House Use of the Sierra Tarascans (1944); Cheran: A Sierra Tarascan Village (1946); No Frontier to Learning; the Mexican Student in the United States (1957); Ethnology of the Western Mixe (1973); The peasant marketing system of Oaxaca, Mexico (1975).

Ralph Beals died at his Los Angeles home on 24 February 1985, having made a truly distinguished contribution to the anthropology of indigenous groups in Mexico.

His brother Carleton Beals (1893-1979) also had a deep and long-term interest in Mexico, though no direct link to Lake Chapala. Carleton Beals was a journalist, historian, social activist and author, who founded the English Preparatory Institute in Mexico City in about 1920, and taught at the American High School. Following studies in Europe, Carleton returned to Mexico City as correspondent for The Nation. After separating from his wife, Carleton became romantically involved with Mercedes, the sister of renowned photographer and model Tina Modotti. Carleton Beals wrote more than 45 books, including biographies of Porfirio Díaz and Leon Trotsky. In 1938, Time Magazine called Carleton Beals, “the best informed and the most awkward living writer on Latin America.”