Regina Alma (deCormier) Shekerjian and her husband, photographer Haig Shekerjian, spent several months living in Ajijic over the winter of 1950-51, and returned frequently thereafter, including numerous times in the late 1970s, 1980s and early 1990s. 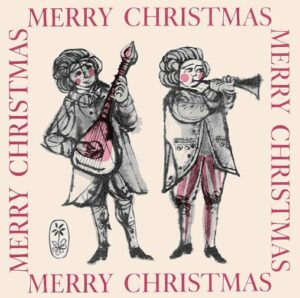 Illustration by Regina and Haig Shekerjian

She was born in Poughkeepsie, New York, on 22 December 1923 and died on 21 April 2000 at the age of 76. DeCormier was the daughter of Robert DeCormier, a public school teacher born in Maine, and his Swedish-born wife, Selma.

After graduating from Poughkeepsie High School, where she was an active member of the Dramatic Club, Regina studied art at Skidmore College and then began classes at the University of New Mexico. In 1944, she married U.S. Navy Seaman Second Class Haig W. Shekerjian in Pensacola, Florida, where he was then stationed. Shekerjian had studied at the Eastman School of Photography in Rochester, New York, and had been a fellow student at the University of New Mexico, before joining the Navy in November 1943.

After Haig Shekerjian left the Navy in 1945, the couple, and their two sons (Tor and Jean-René) lived for many years in New Paltz, New York, where Haig was Art Director of the Media Services Center at the State University College.

As Regina Tor, she co-wrote, with Eleanor Roosevelt, Growing Toward Peace (Random House, 1960). This book, translated into 15 languages, was written for the United Nations and describes the various programs offered by that organization, with many attractive illustrations, presumed to be the work of Regina.

Regina Shekerjian had written to Eleanor Roosevelt several years earlier, in 1953, sending her a copy of her recently-published first book (Getting to know Korea) and seeking help with getting funding to travel to Germany to research her next book in the series. In a diary entry, Roosevelt includes quotes from Shekerjian’s letter to her:

“A letter addressed to me that accompanied the book interested me very much because I discovered that the author, Regina (Tor) Shekerjian, is a very near neighbor. She lives in Pleasant Valley, N.Y., a nice, quiet little village about 10 miles from Poughkeepsie.
She told me that this book was her first and she hoped it was just the beginning of a series. The next would be on Germany . . .  She is still looking for some way to get there so that this second volume can be written.
She introduces herself by saying: “You don’t remember me, but I had lunch with you one summer day. I was 21 that year and I was running for alderman on the Democratic ticket in the city of Poughkeepsie. I was the first woman ever to have run for that office. I was also the youngest, I guess.”
“Of course, that was eight summers ago and I was only one of about seven young Democrats, but I remember well that day. There were hot dogs and tiny, perfectly shaped red tomatoes and salad, and ice cream and you speaking about peace and the future of the world, and the part young people must play—the responsibility which belonged to each of us not only to preserve this great country but to help make it even greater.” [Eleanor Rooseveldt, 19 April 1953]

Regina first visited Ajijic when her husband took a sabbatical break over the winter of 1950-51 and they spent several months living in the village. Regina wrote an article in 1952 entitled “You can Afford a Mexican Summer” for Design in which she extolled the virtues of Ajijic as an ideal location for an inexpensive art-themed summer break.

Together, Regina and Haig Shekerjian illustrated several books, most of them written by Nancy Willard and aimed at young readers. They included The Adventures of Tom Thumb (1950); Life in the Middle Ages (1966); The boy, the rat, and the butterfly (1971); King Midas and the Golden Touch (1973); Play it in Spanish : Spanish games and folk songs for children (1973); The merry history of a Christmas pie : with a delicious description of a Christmas soup (1974); All on a May morning (1975); How Many Donkeys? A Turkish Folk Tale (1971); and The well-mannered balloon (1976).

A collection of deCormier’s poems, entitled Hoofbeats on the Door: Poems, was published in 1993 by Helicon Nine Editions of Kansas City, Missouri. Several of the poems in this strong collection have obvious connections to Ajijic and Lake Chapala.

Several of the poems in this strong collection have obvious connections to Ajijic and Lake Chapala. The longest and most complex is “From the Bellringer’s Wife’s Journal”, a rich, powerful, three-part poem set in Ajijic.

By the lake, bent over a wheelbarrow of water,
a woman guts a large salmon-gold carp,
gives a friend a recipe
for curing the bite of a scorpion,
and one for the heart that breaks.

The poem also includes  references to Calle Ocampo and, across the lake, the mountain named García.

The poem entitled “Testimony” describes the near-death experience of “Guillermo”.

“Rain” is a delightful tribute to one of Ajijic’s most famous residents ever, a legendary former ballet star who lived in Ajijic for decades prior to her passing in 1989:

[We] huddle over the photographs
of Zara, La Rusa,
the legendary one,
the dancer from the Ballet Russe
who came to this village
longer ago than anyone can remember,
the one who went everywhere
on horseback, the one
who still believes horses are spirits
from another realm…

“Lupe”, the title of another poem in the collection, turns out to be the daughter of the village baker, “Tito”:

Tito shoves the long-handled wood paddle
into the adobe oven, lifts out
five perfectly round loaves of bread, round
as his wife’s breasts…
. . .
By five, all the loaves are ready,
heaped in wide shallow baskets, lifted
to the heads of their two youngest sons
who trot them off to the store.”

Her poems were chosen for at least two anthologies: “Snow”, “Grandmother” and “The Left Eye of Odin” were included in Two Worlds Walking (New Rivers Press, 1994) and “At the Cafe Saint Jacques” appeared in Claiming the Spirit Within: A Sourcebook of Women’s Poetry, edited by Marilyn Sewell (Boston: Beacon Press, 1996).

Michael Eager, the owner of La Nueva Posada hotel in Ajijic, remembers Regina as a very quiet person, who rarely talked much. He recalls her as being slender and pretty, with dark hair, and usually dressed casually, often in hand-embroidered blouses. Like her husband, Regina loved the local people, music and traditions.

Note: This is an updated version of a post first published 4 July 2016.