Architect George Heneghan lived in Ajijic with his wife, Molly, and their two young sons – Eric and Adam – from 1971 to 1975.

George Edward Heneghan Jr. was born in St. Louis, Missouri, on 30 April 1934 and died on 6 August 1999. He graduated from St. Louis University High School, studied at the Ecole des Beaux Arts in Paris and received his B. Arch from Washington University in St. Louis in 1962. Heneghan was an active member of several athletics and sports-related clubs.

In the 1960s he worked alongside his childhood friend (and later partner) Daniel Gale in Fritz Benedict’s practice. Benedict had been a gardener at Frank Lloyd Wright’s estates – Taliesin East and Taliesen West – prior to training as an architect. The two young men were considered “Benedict’s protégés”. Heneghen was greatly influenced by Frank Lloyd Wright (as was another long-time Lake Chapala resident, Russell Seely Bayly). As a result, Heneghan’s architectural style is best described (to borrow a phrase from his son, Eric) as Wrightian/Organic.

When George Heneghan married Molly Duane at St. Mary’s Church in Aspen, Colorado, on 12 June 1965, Dan Gale was his best man. The newlyweds spent their honeymoon in Mexico and then returned to live in Aspen.

In 1966 Heneghan and Gale joined forces in an architectural partnership, which lasted until 1969. During that time they designed many of the larger buildings in Aspen, including the Hannah Dustin commercial building (300 S. Spring), the Aspen Interfaith Chapel of the Prince of Peace on Meadowood Drive, and the Cottonwoods Condominium. They also designed homes for the Guggenheim, Horowitz and many other families. The partnership ended when Gale left Aspen for California in 1969. 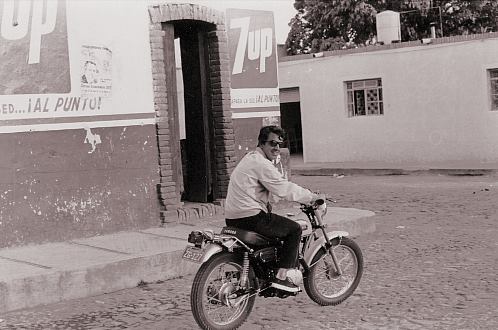 The Heneghans first visited Ajijic in 1970 to spend Christmas with Molly’s parents who usually spent the winter there. They liked what they saw and rented a house in Rancho del Oro for several months. George commuted back and forth to Aspen until mid-1971 when, with the assistance of Gerda and Jim Kelly, they bought property on Calle Zaragoza to remodel as their family home. (In May of 1971, according to the Guadalajara Reporter, George Heneghan is planning to build his retirement home in Ajijic.) According to local legend, because the architect was not a very tall man, the home, now known as Casa Flores, was designed with relatively low ceiling heights. 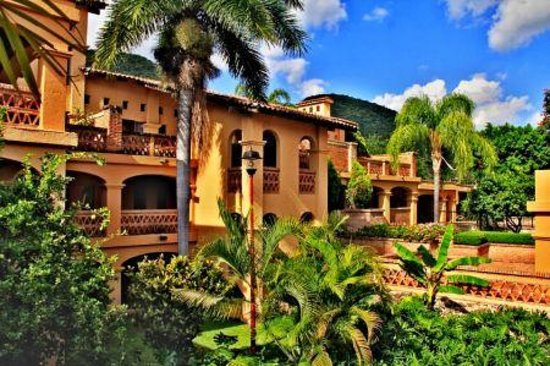 The architecture of the family home was admired to such an extent that the architect retained by the wealthy and influential Leaño family to build the Danza del Sol hotel in Ajijic asked George Heneghan to collaborate on the design. The hotel, about ten blocks west of the village plaza, has remained a landmark ever since. The international promotion of the new hotel, shortly after it was completed, featured photographs taken by village photographer Beverly Johnson. Local sales for Danza del Sol were handled by realtor Mary Bishop, wife of Dick Bishop.

[Dick Bishop was one of Ajijic’s more colorful characters in the 1960s and 1970s, forever associated with riding his large Arabian horse through the village. Loy Strother, as a child, was the jockey on Bishop’s horse in a race along the dirt road between San Antonio Tlayacapan and Ajijic. He recalls that Bishop “bought a saddle for that horse that had a bar in it. Yep, the pommel of that saddle was raised on a square structure (covered in carved leather as part of the saddle) that opened and held glasses, small bottles of booze and even a little ice bucket… and a tiny martini shaker.” Those were the days!]

While living in Ajijic, Molly Heneghan put her graphical design talents to work. She drew and published the first edition of “Sunny Ajijic”, an informative poster-map of Ajijic, in about 1973.

The couple was active in local theater and in November 1973 acted together in a show at the Little Lakeside Theater.

The family took some exciting vacations during their time in Mexico. For example, in 1973, the local press reported that Molly Heneghan had left for Disneyland with both sons, and that George would soon join them for “a chartered sail in the Atlantic.”

The Heneghans did not occupy their “retirement” home on Calle Zaragoza in Ajijic for very long. By 1975, their former home, described for a House and Garden Tour as “an architect’s fantasy dream home” had become a  vacation home jointly owned by Dr. Bob Peyton, chief surgeon of Queen’s Hospital in Honolulu, Dr. Harry Huffaker, “the swimming dentist” who made many spectacular long distance swims, and Tom Held, founder of Aloha Hawaii Travel.

When they returned north in 1975, the Heneghans spent a few months in New Mexico before relocating to Hawaii, where Heneghan established an award-winning architectural practice. He specialized in designing private residences, but his commercial work included building his own offices, designed to obviate the need for air conditioning, relying instead purely on air movements resulting from the natural diurnal breezes.

Heneghan was not only an architect on Hawaii but “an accomplished athlete, teacher and coach” who coached cross-country and track at Parker School from 1992-1998. After he died in Hawaii in 1999, a fun run was established in his memory in Kamuela, Hawaii.