More than forty years ago, photographer Bert Miller lived in Chapala and took some fine images of the town and its surroundings. While we are unable to reproduce these images to the high standards of the original negatives and prints, here is a small selection of some of his evocative photos, starting with the lakefront in Ajijic. 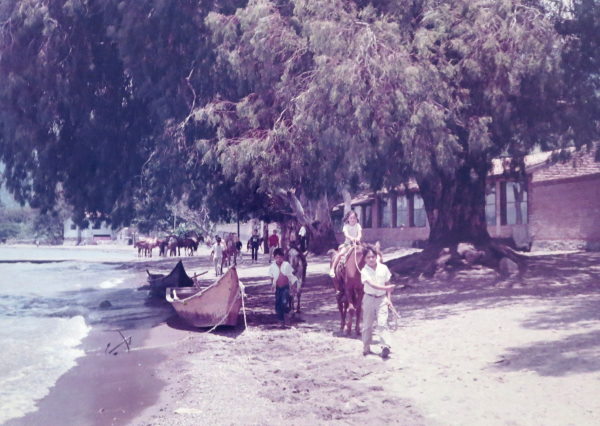 Further east along the lakeshore, Miller’s next photo shows a clean and lirio-free beach as the scene for a woman washing clothes in the lake and a couple of youngsters on horseback. 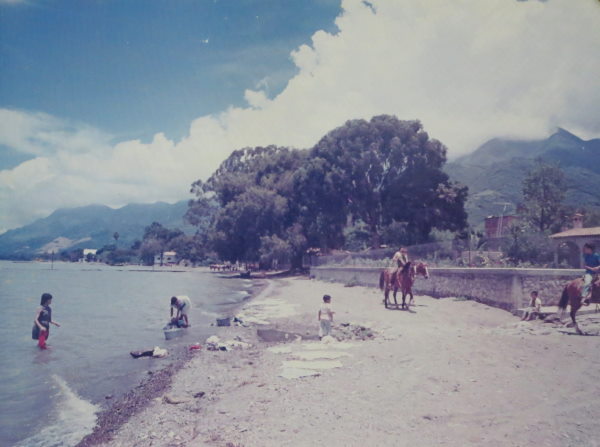 Miller lived in Chapala and many of his photos capture a moment in time of the everyday life of the town, like this one of the intersection of Juárez and Morelos (in the center of town). 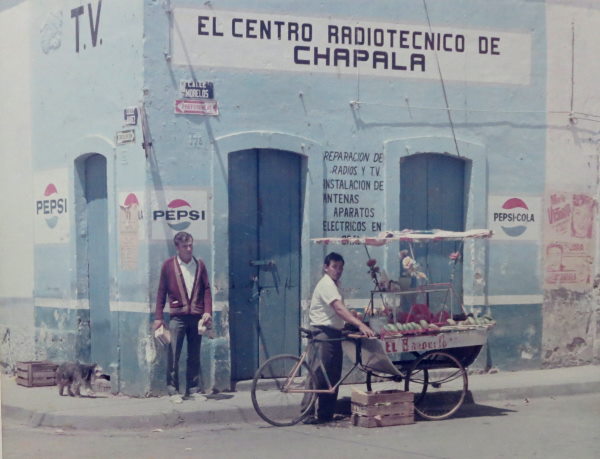 Informal street vendors have long been an integral part of the town’s commercial system. 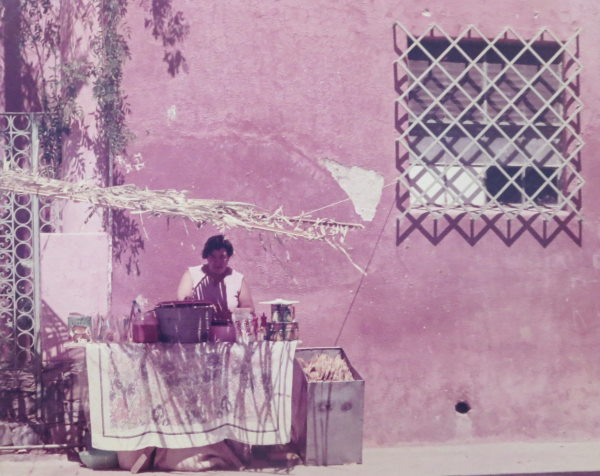 Even children play their part. These two youngsters appearing to be taking a break while waiting for their next customers. 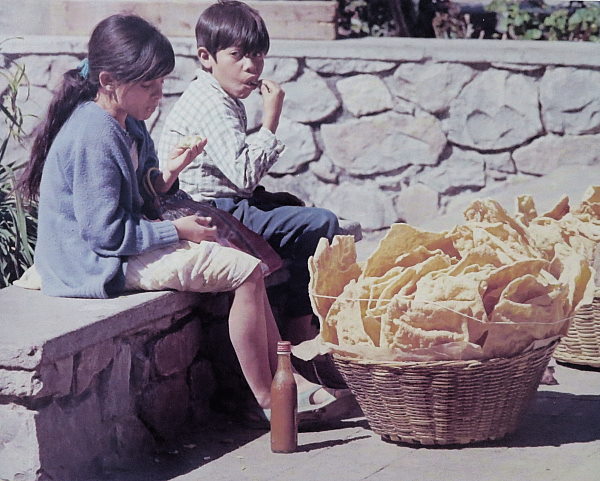 You can sense in this next image that the three watchful onlookers at the intersection, while holding back, are thinking of sampling the same culinary delights as the family group in the foreground.

Though we don’t know precisely when this image was taken, Miller entitled this keenly observed portrait of five men, “El Cinco de Mayo”. 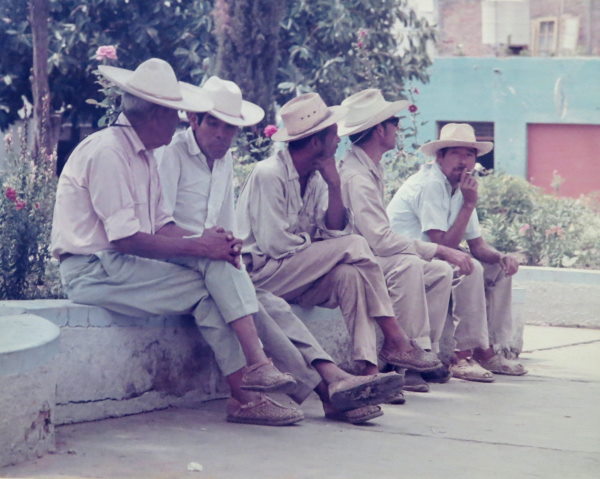 From the southern shore of the lake, Miller captured this great image of the current lake (in the far distance) with the flat fields in the middle of the image revealing the extent of the area drained for agriculture in the first decade of the twentieth century. 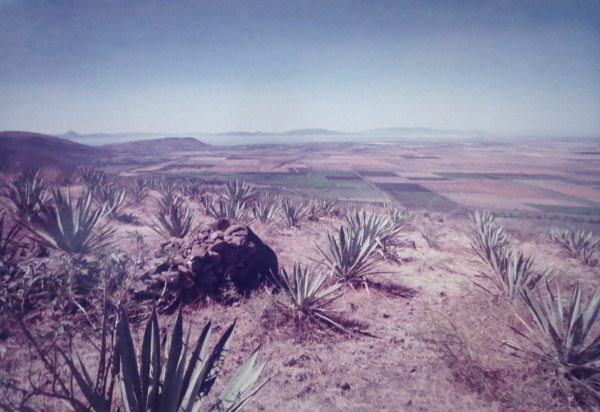 Bert Miller’s photographs are a valuable time capsule of life in Chapala in the 1970s.

Profile of Miller’s life and work:

I am very grateful to Chapala archivist Rogelio Ochoa Corona for giving me permission to reproduce these images, the original prints of which are in the Chapala Municipal Archives, and to Norma Louise Miller Watnick for her support in publishing examples of her father’s work.