Shortly after retiring from Hollywood, Sherman (“Sherm”) Harris and his wife, Jane, moved to Ajijic to run the Posada Ajijic. Harris, who had previously managed a 450-room hotel in Disneyland, ran the Posada from 1963 to 1968. He was a film editor and TV producer best known for the Lone Ranger movies and TV shows, and for more than 70 episodes in the long-running Lassie TV series. 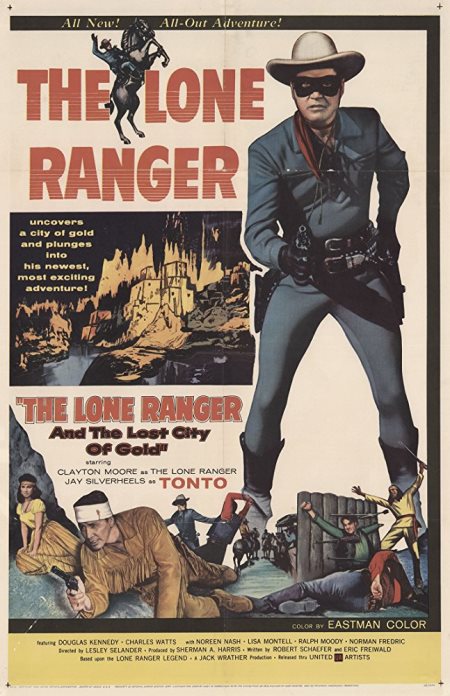 Sherman Allison Harris was born in Minnesota on 8 Mar 1909. His parents were sufficiently well-do-do that they had a full-time live-in helper when their children were young. Still in his teens, Harris spent the summer of 1928 in Europe.

By the time of the 1930 U.S. Census, Harris was living in Los Angeles, where he apparently first worked for the Bank of Italy (now Bank of America). On 9 April 1932 he married Ninette Crawford (1912-1978) and the following year he began working in movies as a film editor (cutter). By 1940, the Harris household – “studio worker” Sherman, his picture extra” wife, Ninette, and their 3-year-old son, Sherman – was established in Van Nuys, North Hollywood.

It is unclear when he divorced Ninette, but on 1 December 1960 Harris married Jane E. Goza (1916-1968) in San Diego. After retiring from the movie industry and directing a 450-room hotel in Disneyland, Harris and his new wife moved to Mexico in 1963. Harris had replied to a classified ad in the Los Angeles Times for someone willing to invest $5,000 “in a growing business”.

The growing business turned out to be the Posada Ajijic. Harris bought the business (not the property) from Vic Aldridge and spent several years building up the business, including improvements such as upscaling the restaurant and adding a swimming pool, bar and a new patio.

Sherm Harris sold his interest in the Posada Ajijic to Sue and Booth Waterbury in 1966. Harris and his wife continued to live at their lakeshore home of Morelos #33 in Ajijic, but Jane died, unexpectedly, in a Guadalajara hospital in 1968.

Within a couple of years, Sherm Harris remarried. His new bride was Adele Adams Harris. Sherman Harris died in Houston, Texas, on 20 August 1980 and donated his body to medical research.