This post features one of the more evocative photographic images of Lake Chapala taken in the 1930s. Depicting a “dug-out canoe” and fisherman against an evening sky, this carefully staged photo was used to illustrate an article about central Mexico that reached a worldwide audience because it appeared in the The American Foreign Service Journal. 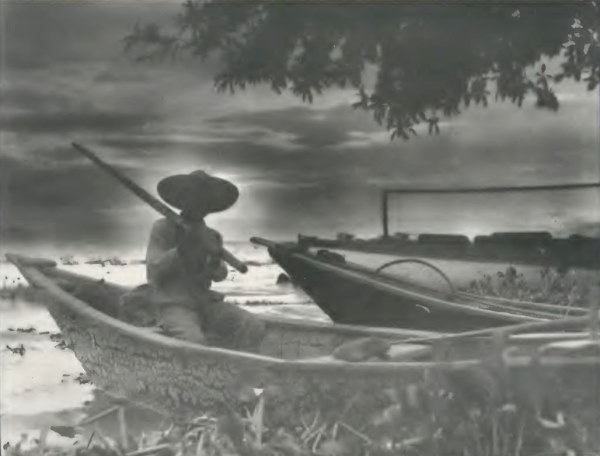 The article, by Josephus Daniels – then American Ambassador to Mexico – describes a get-to-know-Mexico junket offered in 1935 to the diplomatic corps by President Lázaro Cárdenas the year after he took office. The President offered the use of his private train for the ten-day trip that, in mid-October, took Mexico City-based diplomats and their partners to various locations in Michoacán (the President’s home state) and Jalisco.

After a brief stay in Guadalajara, where the diplomats “watched from the Governor’s Palace a review of some fifteen thousand school children, lasting one hour or more,” they were driven to Lake Chapala for a splendid lunch at the “Quinta Monte Carlo” (Villa Montecarlo), where they enjoyed caldo michi while listening to music played by a local band.

The photo of the fisherman and his boat is uncredited. Does anyone know who the photographer was?

2 Responses to “Art Mystery – Who took this evocative 1935 photo of Lake Chapala?”