Hungarian-born natural living experimenter Edmond Szekely (1905-1979), founder of the International Biogenic Society, lived and wrote at Lake Chapala during the 1970s. He was the author of more than 80 books, some in Hungarian, some in English, some translated into Spanish, and sometimes using the name Edmond S. Bordeaux. 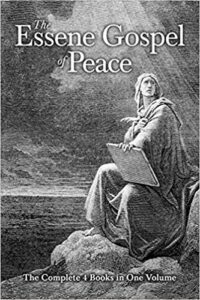 Szekely was born in Máramarossziget in what was then Hungary (now Romania) on 5 March 1905 and died in 1979 in Costa Rica.

As a young man he was sent by his parents to study in Rome. He later claimed to have discovered a document in the Vatican Archives, while studying at the Vatican in 1923, that was purportedly an obscure Aramaic text that allegedly proved the Essenes were vegetarians, and that vegetarianism was prescribed by Jesus.

He published a translation of the first part of this as The Essene Gospel of John (1937); this work was later re-titled The Essene Gospel of Peace. No one has ever been able to locate the originals of any of the documents that Szekely claimed to have discovered and translated.

Nevertheless, Szekely made his living by promoting the values – including vegetarianism, healthy living and respect for all God’s creatures – that he claimed were contained within these ancient documents. In the late 1920s, Szekely founded several communes in France to spread his ideas and in 1928 he founded the International Biogenic Society, with Nobel Prize-winning novelist Romain Rolland.

According to the publications of the International Biogenic Society, Szekely had degrees from universities in Vienna and Leipzig and held a doctorate from the University of Paris; he had been a professor of philosophy and experimental psychology at the Bolyai University in Kolozsvár, Hungary (now Cluj-Napoca, Romania). 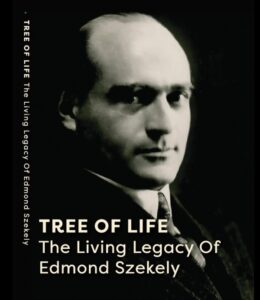 Most people can agree with the basic tenets of the International Biogenic Society which include a belief that our most precious possession is Life, that Peace is the only way of survival for mankind, that we should preserve the vegetation of our planet, and that the improvement of life and mankind on our planet must start with individual efforts, as the whole depends on the atoms composing it.

When Hitler rose to power, Szekely left Europe for the Americas, where in 1939 he married Brooklyn-born Deborah Shainman, the 17-year-old daughter of Jewish immigrants. (The couple had first met in Tahiti six years earlier). The following year, when his U.S.-issued residence papers expired, the couple settled in the Mexican town of Tecate in Baja California, where they opened a retreat – Rancho la Puerta – where they could explore and espouse their ideas.

Early visitors paid $18.75 a week for the privilege of pitching their own tent, chopping wood and milking goats, while benefiting from Szekely wisdom and beliefs. As the spa grew, the strict vegetarian diet on offer attracted those seeking to lose weight. Today the 3,000-acre property is a holistic health spa and eco-resort with 87 rooms, 11 gyms, library and extensive art collection. It is owned and managed by Szekely’s daughter, Sara Livia Brightwood.

After he divorced Deborah in 1970 and retired from Rancho La Puerta, Szekely married 30-year-old Norma Nilsson, an actress and pianist who had been his long-time assistant at the spa, and moved to Lake Chapala to focus on his writing and teaching. 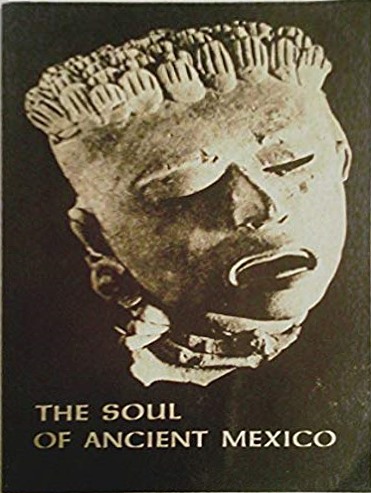 While at Lake Chapala, Szekely developed his long-time interest in the pre-Columbian ball game and “reconstructed” how the Toltec version of the ball game had been played.

Szekely described the game as “a fiendishly clever and physically demanding one, utilizing the movements of soccer, basketball and hockey” and considered it “highly symbolic and full of hidden meaning.” While Mexican archaeologists agree with that overall assessment, Szekely’s “reconstruction” of how it was played – which he claimed involved traversing 20 wooden idols placed in the form of a large X journeying from a symbol of good to a symbol of evil – does not match any of the versions postulated by academic archaeologists.

Szekely was a prolific writer, whose books include: Cosmos, Man and Society: A Paneubiotic Synthesis (1936); Cosmotherapy, the Medicine of the Future (1938); The Soul Of Ancient Mexico (1968); The Game of Gods, Archaeological Reconstruction of the Ancient Religion of the Americas (1970); Culturas Antiguas, Mexico (1971); Los Pastorcitos, la salvación del niño campesino, alimentación – higiene – cultura física (1971); The Dialectical Method of Thinking (1973); Messengers from Ancient Civilizations: The Fascinating Story of Canine Archeology (1974); Sexual Harmony (1977); The Ecological Health Garden and the Book of Survival (1978).

He and his second wife, Norma (whose photographs illustrated Culturas Antiguas), also produced a joint book of poetry: Dewdrops on a Lotus Leaf (1974).