Ever since I first stumbled across two woodblock prints by Raphael Greno, I have wanted to see more examples of his work, characterized by a superb eye for detail and high-quality workmanship. So imagine my surprise and delight a week ago when I received an email from a collector with images of another Ajijic print by Greno. This one is especially intriguing.

The subjects of the four Greno prints I’ve seen previously—for details, see Raphael and Vee Greno, multi-talented artists who lived in Ajijic in the 1970s—are all readily identifiable. This latest Ajijic print, entitled “Don Elpidio,” is a powerful study of an elderly man, most likely a resident of Ajijic. 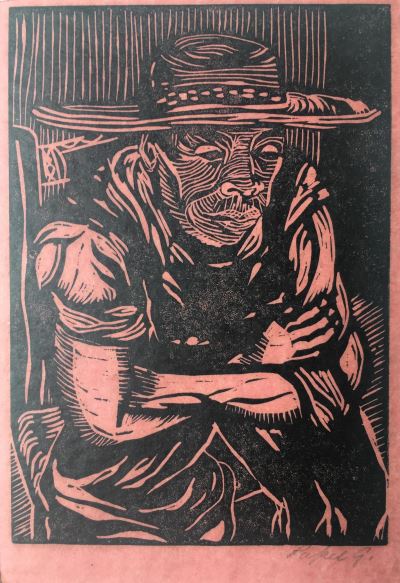 I know that at least two of Greno’s other prints date back to the 1950s; it is possible that he was still producing them as late as the 1970s.

Can anyone tell me more about this gentleman or his family? It would be fantastic to learn more about the subject of Raphael Greno’s masterful portrait.