Herb McLaughlin was a prolific commercial photographer who began his career in Illinois before moving to Arizona. These images of the church and waterfront in Chapala were published in Arizona Highways in November 1950.

Herbert (“Herb”) McLaughlin was born in Chicago, Illinois, on 30 July 1918 and died in Phoenix on 19 February 1991. He first became fascinated by photography after receiving a gift as a teenager of a Voightlander folding camera. McLaughlin studied safety engineering at Purdue University and then completed a double major at Indiana University in business administration and journalism. Even before graduating, he had established his own business, Mercury Pictures, in Hammond, Indiana. On graduating in 1940, McLaughlin married Barbara Cartwright (1920-1996); the couple had two children, but divorced in about 1949.

While running Mercury Pictures, McLaughlin undertook commissions for several newspapers as well as for wartime factories and other companies. In 1945 he sold this company and, following medical advice, moved to Phoenix, Arizona, in the hope that his asthma would improve. The new company he began, McLaughlin and Co. did well and in 1947 he bought a rival company, McCulloch Brothers Inc., together with their extensive photographic collection.

It is unclear whether his photographs of Chapala were taken on commission for Arizona Highways, or whether the lake was where he chose to spend his honeymoon following his second marriage – to Dorothy Ann “Dot” (Jensen) Jolley (1912-2005) – in the summer of 1950. Or perhaps both reasons were true? 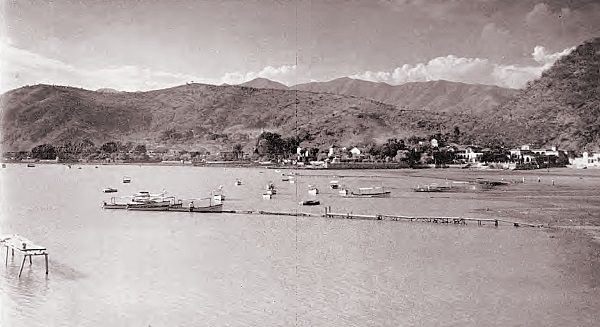 The photo above shows the Chapala waterfront as seen from the end of the pier. At the time of McLaughlin’s visit, the large-scale remodeling of the town center to create Avenida Francisco I. Madero and Paseo Ramón Corona was almost complete. Villa Tlalocan (built in the 1890s by George Edward King for British consul Lionel Carden) and Villa Ferrara are visible on the right hand side of the photo.

The image below, of the San Francisco church in Chapala, shows what the church looked like prior to a major (and never fully completed) renovation of its facade and bell towers (or spires) in the 1960s, which left the towers at different heights.

The clock visible above the main entrance dates from about 1897 and was a gift of Eduard Collignon, owner of the nearby Villa Ana Victoria (which was demolished during the updating of the town center). This imposing parroquia (parish church) gets several mentions in D. H. Lawrence’s The Plumed Serpent, and is only a short stroll from the house Lawrence rented in Chapala in 1923 while composing the first draft of his famous novel. That house, greatly expanded since Lawrence’s visit, is now a boutique hotel known as the Hotel Villa QQ. 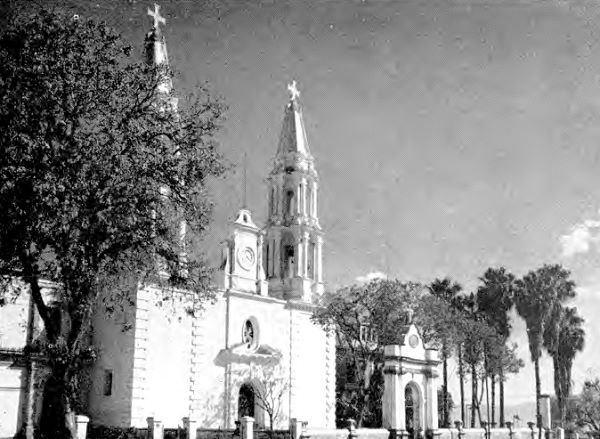 McLaughlin’s second wife, Dot, had previously been married to Marion Doval Jolley, with whom she co-owned Jolley Turkey Company in Mt. Pleasant, Utah. After her first husband died, and she remarried, Jolley sold that company to become co-owner of McLaughlin & Co. She organized the company’s photographic library and began her own photographic career, specializing in portraits of children. The ownership structure of the firm was changed in 1955 in order to grant their staff a stake in the company, now relaunched as Arizona Photographic Associates.

The McLaughlins published two books of photographs: Phoenix 1870-1970 in Photographs (1972) and Arizona the Beautiful (with Don Dedera, 1974). They donated an extensive collection of their photographs to Arizona State University.