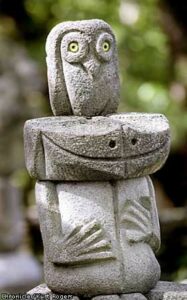 Best known as a sculptor, Mary Fuller McChesney was also a writer. Besides numerous short stories, poems and art history articles, she wrote several detective novels, including Stab in the Dark, set in the 1950s’ Guadalajara art scene.