Born in Brazil, painter and violinist Félix Bernadelli was an influential teacher of art in Guadalajara in the second half of the nineteenth century. Félix had two older brothers: Chilean-born painter Henrique Bernardelli  (1858-1936) and Mexican-born sculptor Rodolfo Bernardelli (1852-1931). 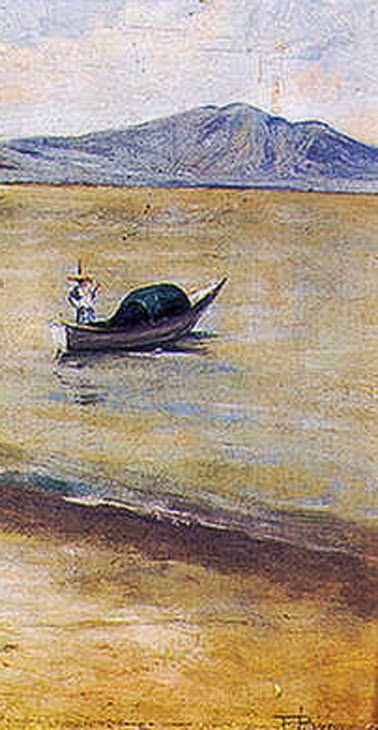 Félix’s later art works tended towards impressionism. Many of his landscapes were based on visits to the areas around Guadalajara, including Lake Chapala. A joint show, held in 1945, long after his death, at the Casa del Arte in Mexico City was comprised of 66 paintings by Félix and his brother Henrique. In addition to figure studies and portraits, the show included paintings of Guanajuato, Zapopan, Rome, Capri, and of Lake Chapala.

In 1996, the Museum of San Carlos in Mexico City held a showing of works (watercolors, drawings, oils) by Félix Bernardelli and his students. The exhibition highlighted the contribution Bernardelli made to modernizing Mexican art, moving it away from the old, European-style representational approach into less charted waters.

Atiliano Félix Bernardelli was born in Rio Grande do Sul, Brazil, on 8 October 1862 and died in Guadalajara in 1908. He studied art and violin at the Imperial Academy of Fine Arts in Rio de Janeiro and first came to Mexico in 1886 for a short visit with his sister who had lived for many years in Guadalajara.

A few months later, Bernardelli left to study art in Rome and Paris (under William Adolphe Bouguereau and Gabriel Ferrier), before returning to Guadalajara in 1892, where he proceeded to open an art academy and introduce students to the latest European art movements such as impressionism.

Bernardelli also undertook commissions, including decorative murals. For example he painted art nouveau female figures either side of the entrance to the El Libro de Caja store which belonged to postcard publisher Juan Kaiser. He also painted a mural inside the dome of Guadalajara’s Iglesia de la Soledad.

Bernardelli exhibited in New York, probably in early 1896, showing a selection of paintings done in Rome, Paris and Mexico. According to reports, he was thinking of selling six canvasses, including two impressionist views of Lake Chapala, to American admirers. At about the same time, he visited Washington DC to play the violin in concerts with Jaliscan pianist Enrique Morelos. (El Heraldo, Guadalajara, 19 March 1896). In 1898, Bernardelli’s work received national acclaim when it was included in the annual exhibition held by the San Carlos Academy in Mexico City. 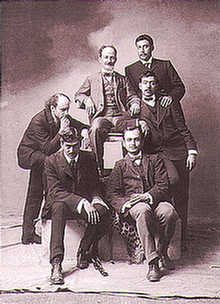 With Bernardelli leading the way, for a couple of decades, Guadalajara was Mexico’s artistic frontier, significantly ahead of Mexico City in terms of experimentation and creativity, leading contemporary Mexican writer and diplomat Eduardo Gibbon to christen the city the “Florence of Mexico”.

In Guadalajara, Bernardelli taught many artists who went on to become nationally famous, including Gerardo Murillo (better known as Dr. Atl) and Roberto Montenegro, as well as Luis de la Torre, Jorge Enciso, Rafael Ponce de León and José María Lupercio, who became one of Mexico’s best-known photographers. Bernardelli encouraged many of his students to study in Europe and to become involved in mural painting.

American journalist Owen Wallace Gillpatrick, who visited Guadalajara in about 1899, later wrote that, “A delightful feature of social life in Guadalajara were the afternoons at the home and studios of the Mexican painter, Felix Bernardelli, where women and men of artistic, literary and musical pursuits met for music, poetry and gossip.” (The Man Who Likes Mexico, 1911)

Bernardelli’s works can be admired in the Regional Museum in Guadalajara, the National Museum of Fine Arts in Brazil, and in many major collections.