Is this the first English-language short story about Lake Chapala?

More by luck than judgment, I recently happened upon a short story titled “The White Rebozo,” which turned out to be set at Lake Chapala. The story was written by Gwendolen Overton and first published more than 120 years ago in 1900. 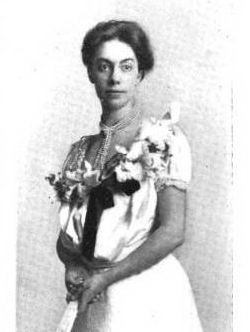 Research into the author’s life showed that she wrote this story when she was just 26 years old. Now forgotten, Overton was something of a literary prodigy, whose short stories had been accepted by major magazines from when she was a mere teenager.

The precise timing and circumstances of her visit to Chapala are unknown. But she certainly made good use of the local knowledge she acquired while there.

In Overton’s story, Nuñez, a Mexican man who likes to practice his English, is chatting with an American acquaintance Lingard about a woman and explains to him that,

… the eyes of women do not show the things which are under them. They are like this lake, I think. It is so blue and beautiful. You would never know that there is a city far down beneath the water, eh?”

Lingard forgot the woman. “A city – under this lake?”

“The Mexican was delighted with his effect and the still further chance of more display of English. “You do not know the story of Lake Chapala, then?” Truly. Under it, so deep, deep under it – it is very profound – there is a city, an Aztec city, perhaps. The lake came, I think, maybe, by an earthquake. It was like Pompeii, but that it was buried by water and not by cinders. Some times, when there is a storm, after it you can find on the shore little things which the water bring up; carved stones, little gods, little spools, like for the embroidery and the sewing; little cups, always of stone, and always very small, so that they shall not be too heavy.

They called to him [Lingard] from the balcony of the hotel and he went away, with a princely sweep of his begilt and besilver sombrero….”

This excerpt is interesting from a number of perspectives. At the end of the nineteenth century, rumors of a submerged city in Lake Chapala were taken sufficiently seriously by distinguished anthropologist Frederick Starr that he undertook a three-month visit to Guadalajara and Lake Chapala over the winter of 1895-1896 to investigate.

The rumors were presumably based in part on the large number of pottery fragments recovered from the lake bed every time the water level was low. Starr was unable to find any additional evidence. But the romantic idea of a lost city (and lost idols) was sufficiently attractive that it brought lots of attention to the lake.

In addition, the reference to a hotel balcony must refer to the Hotel Arzapalo, the only hotel that had a balcony in the region at the end of the nineteenth century. Built by Ignacio Arzapalo, it was the first purpose-built hotel in Chapala. Opened in 1898, and designed for foreign travelers, it was the catalyst that helped transform the village into an important international tourist destination.

Just who was Gwendolen Overton? Born in Kansas on 19 February 1874, Overton was the daughter of a retired US Army captain, Gilbert Edmond Overton (1845–1907), and his wife, Jane Dyson Watkins (1849–1905). Overton had a younger brother, Eugene Overton (1880–1970), with whom she was very close. As a child, she lived at a succession of army posts throughout Arizona and New Mexico; these experiences had a strong influence on her later writing. When Overton was a teenager, the family lived for several years in France. Even before her 21st birthday, Overton had been published regularly in The Argonaut and was described as having a “marvelous memory and industry,” who “rarely spends over an hour and a half on a story and never rewrites.”

Her first short stories about Mexico were published several years earlier than “The White Rebozo.” It is distinctly possible that an anonymous short story, published in 1894 and set in La Barca, with references to José Velarde (“The Golden Ass”), was also her work. The newspaper reprint of this story, which concerns superstition, religion and sacrifice, has no byline, and I have thus far failed to find the relevant issue of The Argonaut.

According to her author biography in her novel The Golden Chain (1903):

… when Miss Overton was about twenty-one or twenty-two the family came to live in Los Angeles, California. Here Miss Overton lives when she is not on one of her long periodical trips to the East, to Mexico, to Canada, or elsewhere. She has picked up a good deal of Spanish, as well as an exceptionally fine and accurate knowledge of the French language, of French life, and of the best French literature….

Miss Overton is at her desk by 8.30 every morning, and works until luncheon. She spends her afternoons in recreation. In particular she likes sailing, and much of her playtime is spent on the water in company with her younger brother.”

In addition to her short stories in magazines such as The Argonaut and Harper’s, Gwendolyn Overton was the author of a number of popular novels, all published by MacMillan, including The Heritage Of Unrest (1901), The Golden Chain (1903), The Captain’s Daughter (1903), Anne Carmel (1903) and Captains of the World (1904).