Mona Jordan (1908-1995), a multi-talented and much traveled artist, exhibited a painting titled “Tarascans, Ajijic” in Florida in 1961.

Gladys “Mona” Lynch Jordan was born on 12 November 1908 at West Point, Orange County, New York, and died at the age of 86 on 28 September 1995 in Annandale, Fairfax County, Virginia. Her remains are buried in Arlington National Cemetery. 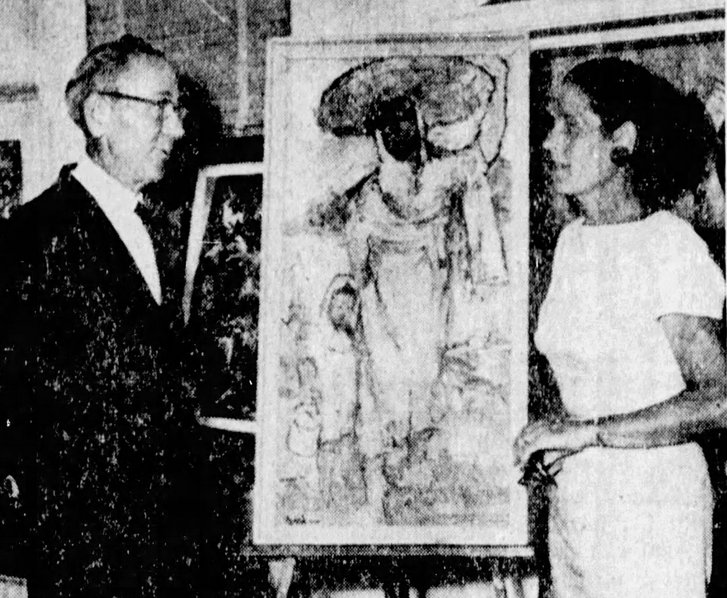 Jordan was a professional artist, who had taken classes at the Corcoran Museum of Art.

At age 21, on Christmas Day 1929, she married Howell Hopson Jordan (1905-1994) in Washington D.C. Her husband served all his working life in the military, gained promotion to Colonel, and retired from the Army in January 1957. The couple had three children, the eldest born in Hawaii and the middle child in Maryland. 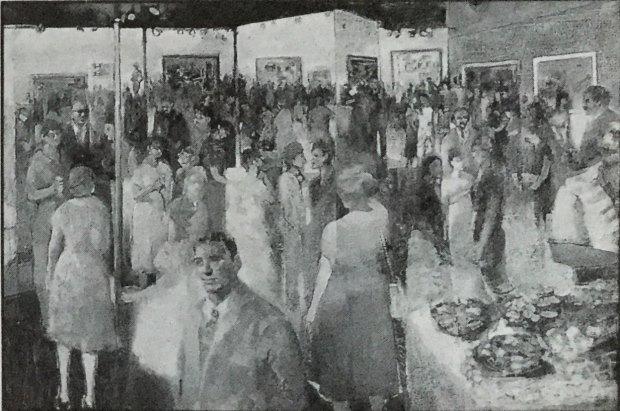 In the early part of her adult life, Mona Jordan was an army wife, continuing to paint whenever possible. The family traveled extensively. During several years in Japan, Jordan became an accomplished portraitist, completing numerous portraits, working in pastels, of household helpers and Japanese people they knew. A pastel from her time in Japan (titled Tokyo 1947) is in the permanent collection of the Corcoran Gallery of Art, Washington DC. Examples of her work are also in the collections of the National Environmental Protection Agency (Washington DC), Boeing Company, Puget Sound College (Washington), and many private collections.

Jordan exhibited at the American International in Bordighera, Italy, and at El Paso Museum of Art, American Painters in Paris, and at the National Academy of Design in Florida (1986). She had a solo show in Melbourne, Florida, in 1984. Her work garnered many awards from galleries and institutions, prizes at Lighthouse Gallery (Tequesta, Florida, 1983 and 1985), Grumbacher Award Bacam (1985), Space Experience (Spaceport, Cape Canaveral, 1985), and Today Newspaper (1986).

After her husband’s retirement in 1957, the family moved to Florida, where Mona Jordan could finally devote more time to her art. In 1961, then living in Cocoa Beach, she exhibited several paintings at the annual show of the Central Brevard Art Association. They included a painting titled “Tarascans, Ajijic.” Jordan was a teacher at the Association’s art school, and at Brevard Art Center and Museum. Her focus while living in Florida (1957-1990) was on abstract, intuitive paintings and portraits; her subjects included several Florida noteworthies.

The details of her visit to Ajijic are unknown. Please get in touch if you can supply any additional information about when and why she visited Lake Chapala. 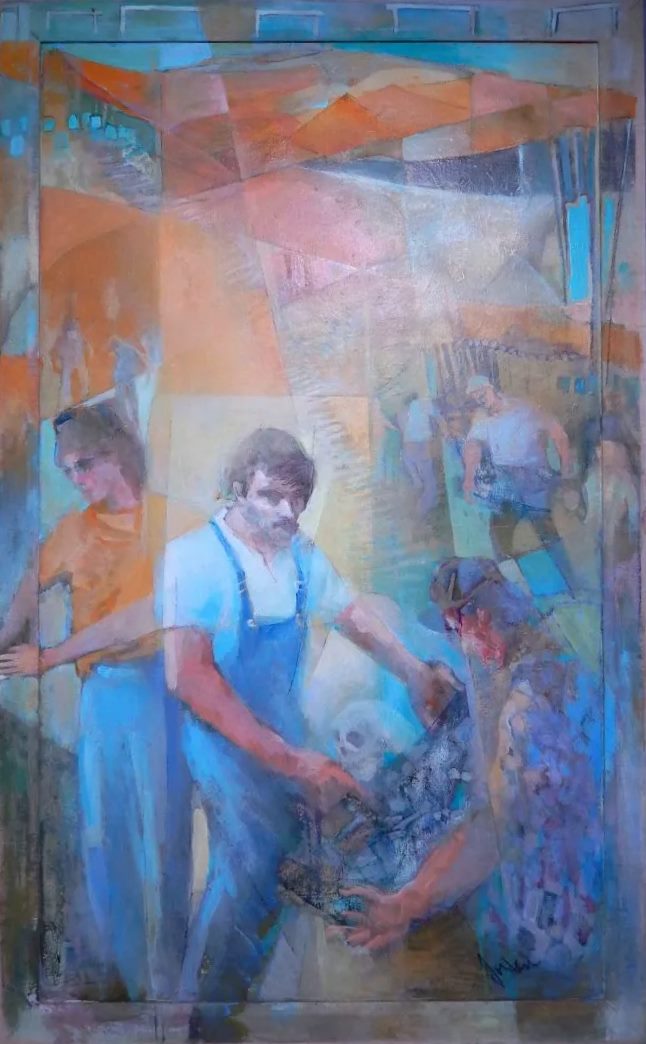 Mona Jordan remained in Florida after she and husband divorced, after more than forty years of marriage, in 1971.

Jordan continued to paint and had work included in the 24th Annual Exhibition organized by the Florida Artists Group at Florida Atlantic University, Boca Raton, in 1973.

Mona Jordan occasionally wrote about art for local publications. In one column she lamented the fact that U.S. women artists won such little recognition for their efforts and success. At that time, Jordan was living in Indian Harbour Beach, and working in oil, acrylic, pastels and charcoal. 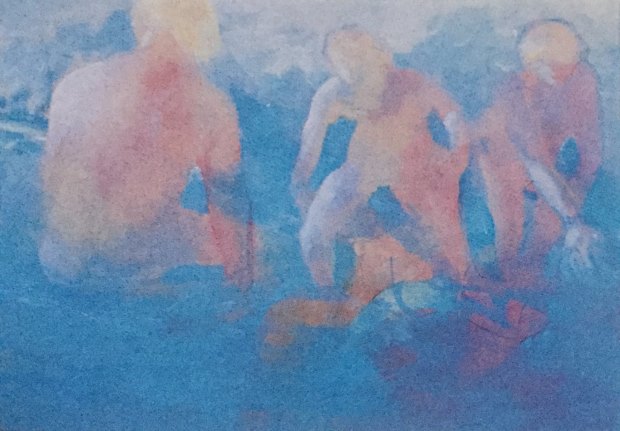 Jordan also registered, as author, the copyright to Come to the Garden Party, a book illustrated by Bernadene L Jurgens. It is unclear if this work was ever actually published.

During her lengthy career as a professional artist and art educator, Jordan was a member of the Fifth Avenue Art Gallery, Florida Artists Group, Brevard Artists’ Forum, and The Ten: Ten Women in Art.

Jordan’s daughter Gladys Seaward and granddaughter Wendy Seaward are both well-known bead and jewelry designers. When Wendy was interviewed in 2015 for an article about her own work—after winning Best of Show in the Tennessee Craft Fair—she described how her grandmother had been “a very well known intuitive painter in Cocoa Beach, Florida.”

On her own website, Wendy remembers, as a child, watching her grandmother demonstrate intuitive painting: “She would close her eyes and scribble all over the canvas and then spend the next several hours coaxing forms and images out of the tangle.”