Phyllis (Porter) Rauch, born 28 October 1938, was an American artist, writer and translator who lived in Jocotepec for more than forty years. Her husband was internationally-acclaimed artist Georg Rauch (1924-2006). The couple lived in Guadalajara from 1967 to 1970, before moving to Laguna Beach, California for six years. They returned to Mexico in 1976 and established their permanent home in Jocotepec. 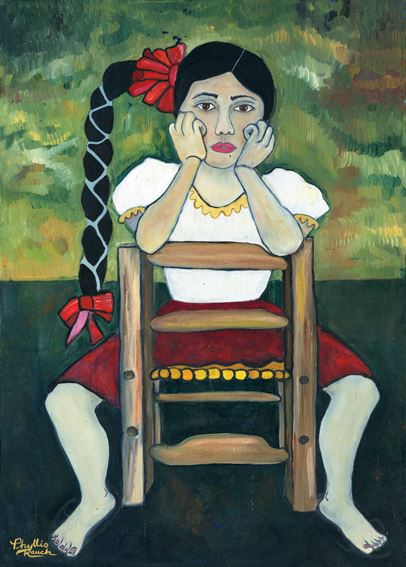 Phyllis Rauch grew up in Ohio and received her bachelor’s degree in English at Bowling Green State University and her master’s degree in library science at the University of Michigan at Ann Arbor. She studied German at the Goethe Institute in Rothenburg ob der Tauber and then worked at German libraries, including the Internationale Kinderbibliothek in Munich and the Amerika Gedenkbibliothek in Berlin. She met Georg Rauch in Vienna in 1965 and they were married in Ohio, September of the following year. Phyllis’ own highly-entertaining account of this love story was published on MexConnect in 2006 as “Not your usual wedding – a Valentine’s Day story.” 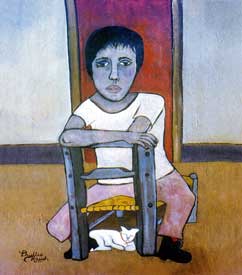 As a writer, Phyllis has written non-fiction and poetry, mainly for English-language magazines, newspapers and websites. She has also worked as a Spanish-English translator. During the 1968 Olympics in Mexico, Phyllis was a trilingual guide (English, Spanish, German) for the cultural events associated with the 1968 Olympics that were held in Guadalajara. She enjoyed very much squiring around the city the likes of the Berlin Opera and Duke Ellington’s band. Phyllis has never forgotten that after his last concert he kissed her on the cheek and said, “Shuugar.” 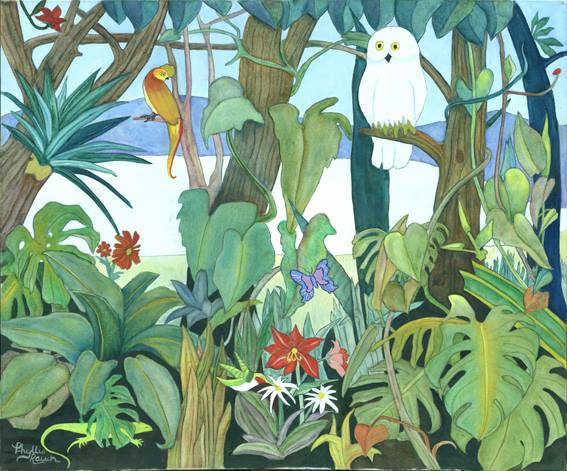 Her best-known translation is that of her husband’s wartime memoirs, which were first published, as The Jew with the Iron Cross: A Record of Survival in WWII Russia, only a few months before his death. The self-published book was reissued in February 2015 by mainstream publisher Farrar Straus Giroux, in hardback and audio versions, with the new title of Unlikely Warrior: A Jewish Soldier in Hitler’s Army.

Somewhat late in life, and encouraged by her husband, Phyllis began to paint. Her charming, somewhat naif paintings of rural scenes and Mexican life have received deserved acclaim for their universal appeal. 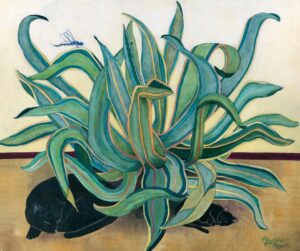 The Rauchs opened their home and studios, on a one-acre property overlooking Lake Chapala on the outskirts of Jocotepec, as the Los Dos Bed & Breakfast Villas in the 1990s. Phyllis continued to welcome visitors there, especially those with an interest in her husband’s art.

One Response to “Artist, writer and translator Phyllis Porter Rauch lived in Jocotepec for more than 40 years”