Leandro Izaguirre was born in Mexico City on 13 February 1867 and died in his native city on 26 February 1941. He was a painter, illustrator and educator. 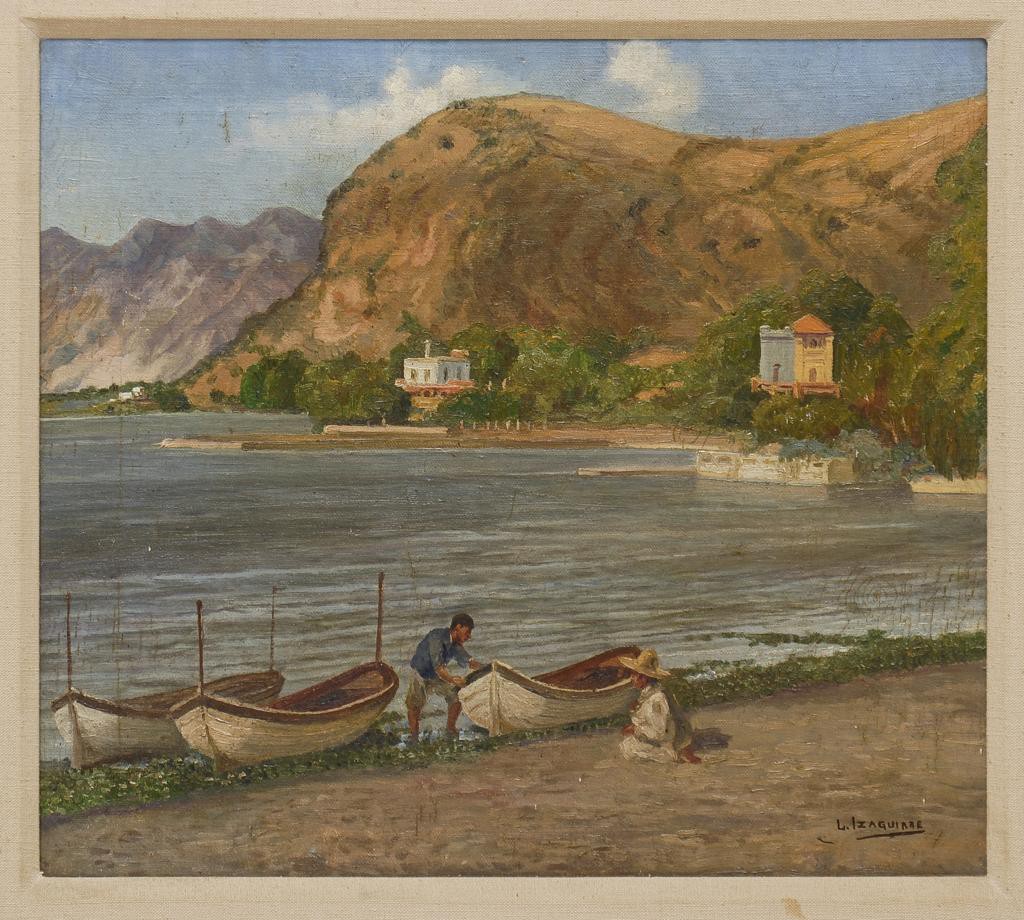 There is no definitive date ascribed to his painting of Lake Chapala, which came up at auction in 2013, but it appears to show the lakeshore at the village of Chapala at the end of nineteenth century, and almost certainly predates the two weeks we know Izaguirre spent at Chapala in the second half of December 1906, with his friends Luis G. Urbina and Rubén M. Campos. 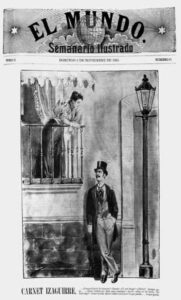 Izaguirre undertook formal studies of art at the the Academia de San Carlos in Mexico City, starting in 1884, under the tutelage of Santiago Rebull and José Salomé Pina. Early in his career, Izaguirre was primarily a painter of historical subjects in the realist style then in favor in Mexico. He also painted numerous landscapes and portraits.

Izaguirre’s best known works include Colon en la Rábida (“Columbus at Rábida”); La fundación de Tenochtitlán (The Founding of Tenochtitlán), now in the collection of the Museo del Palacio de Bellas Artes in Mexico City); and  El suplicio de Cuauhtémoc (“The Torture of Cuauhtémoc“). The last-named painting was painted for the Worlds Columbian Exhibition of 1893 in Chicago, where it won a prize.

Leandro Izaguirre spent some time in Italy and also taught for some years at the Academia de San Carlos (San Carlos Academy) in Mexico City. His students included José Clemente Orozco, Diego Rivera and Roberto Montenegro. He had work commissioned in Europe between 1904 and 1906. He also worked as an illustrator for El Mundo Ilustrado, a popular weekly magazine that ran from 1894 to 1914. He was particularly active during the early years of the magazine.

Other early paintings of Chapala are known by: