José Othón de Aguinaga Escudero was born in Guadalajara on 18 February 1873, and died in the city on 5 October 1972.

Othón began drawing as a child in 1882 when he was in the Colegio Mariano. From 1887 to 1891, he took classes with Felipe Castro in the Liceo de Varones in Guadalajara. Then he attended San Carlos Academy in Mexico City from 1892 until 1894, where he studied with Santiago Rebull and José Salomé Pina.

The image below (the only available illustration) is a black and white photo showing Othón’s landscape, “The old road to Chapala”. The photo comes from the Historía de Jalisco. The date of the original painting is unknown. 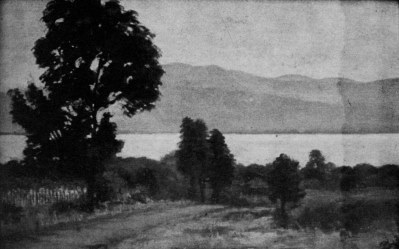 José Othón de Aguinaga spent three years in Europe at the Académie Julian and the Académie Colarossi in Paris between 1895 and 1898, where he took classes with Henri Lucien Doucet, Marcel Baschet, William Bouguereau and León Bonnat. During this time, he traveled and painted, becoming a master of nudes, portraits of elderly people and still lifes. 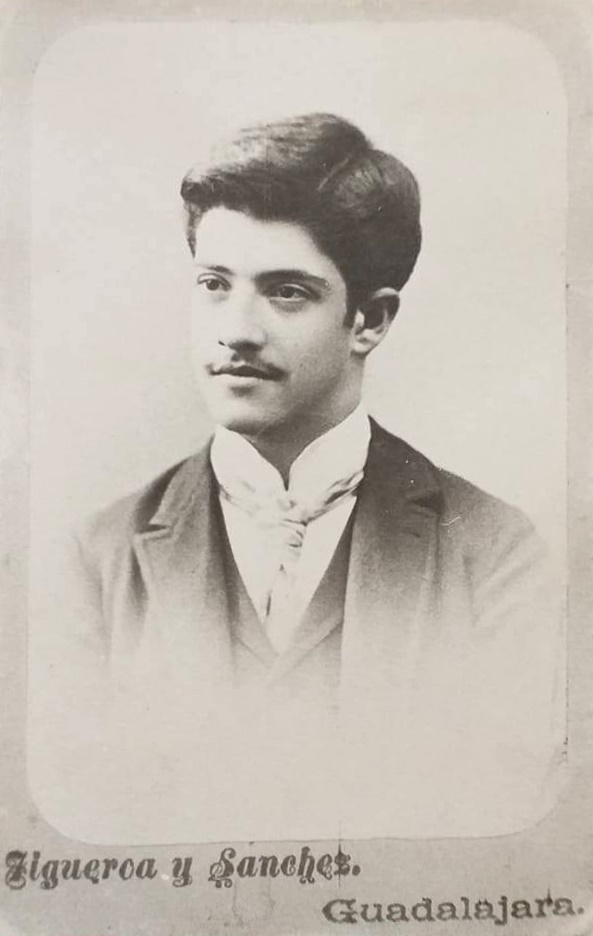 On his return to Mexico he decided to forgo painting in favor of helping run a family sugar estate in Michoacán until 1909.

In 1909, he moved to Guadalajara and started to give art classes, especially drawing techniques, and focus on his own painting. He gave classes for more than thirty years. He was director of drawing instruction in the government schools in Guadalajara (1915-1917), and taught at the preparatory school of the University of Guadalajara (1916-1921), the preparatory school of the National University (UNAM) (1918-1936) and the Jalisco Institute of Sciences (1925-1930, 1937-1939).

A close friend of Tapatío artist and author Ixca Farias, Othón is best known for landscapes, portraits and still lifes. His portrait of José Palomera is in the collection of the Jalisco State Library in Guadalajara; another of his portraits is held by the Regional Museum in the city. Othón also completed several mural paintings on cloth which decorate Templo de Jesús, the Jesuit church in the city of Zacatecas. Othón served a term as president of the Mexican Society of Artists and Painters.

Othón did not often exhibit his work, but did hold a show, promoted by Matías Goeritz, in Mexico City in 1955. A posthumous retrospective show of forty of his oil paintings was held at the Regional Museum in Guadalajara in April 1982, shortly before the tenth anniversary of his death.

There is a government primary school named in Othón’s honor in the resort of Puerto Vallarta.