Architect Jean Taylor Strange moved to Chapala with her husband William Strange in January 1965 (having bought a house in Chapala Haciendas in December 1964) and resided there for more than forty years. 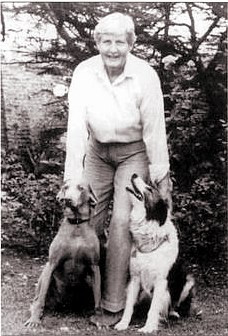 Besides the fact that she worked with her husband on researching his radio documentaries about Mexico for the Canadian Broadcasting Corporation (CBC), Jean Strange has a significant additional claim to fame since she was one of the first women in Canada to graduate with a degree in architecture.

A short profile of Jean Strange, who graduated from the School of Architecture at the University of Toronto in 1948, is included in Joan Grierson’s For the Record: The First Women in Canadian Architecture. The profile includes some photographs of her work and quotes Jean Strange as saying that, “My architectural training has enriched my life immeasurably. I cannot claim that any of these years had been dull.”

Jean, born in Thorne, Yorkshire, on 17 September 1919, was educated in the U.K. and Switzerland and then enrolled in the architectural course at Brighton Art School and Technical College in 1937. Two years later, part way through her studies there, she visited Canada on what was meant to be a six week trip as a student member of the Overseas Education League. The second world war broke out while she was in Canada, preventing her from returning home. She enrolled at the University of Toronto and was placed in the second year of the program of the class of 1943.

In 1943, she had completed all formal studies but still lacked the one year of experience required to be awarded her degree.

Since the war was still ongoing, she joined the Women’s Royal Canadian Naval Service, working in operations and base planning. This included a spell as assistant to Captain William Strange in the Directorate of Naval Information.

Discharged from the Naval Service after the war, she worked for the Central Mortgage and Housing Corporation (CMHC) in Ontario under architect Sam Gitterman, gaining the year’s experience required to complete her B. Arch degree in 1948. The following year she transferred within the CMHC to the publications section under Humphrey Carter. 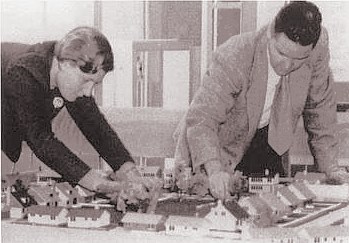 Carver, in his memoir, Compassionate Landscape, writes that “I was also very lucky that through this whole period Jean Strange worked for me, with her meticulous sweet patience for the small-scale problems of housing design and the page-by-page layout of the publications that issued from our office. I had first known Jean as an English school-girl and wartime-evacuee who came to the Toronto School of Architecture in 1939. Later, she joined the Navy, married Captain William Strange, historian and broadcaster, and now they live in Mexico.”

Jean Taylor married Captain William Strange in 1950. She continued to work for the CMHC until 1959 when her husband was working in Jamaica, training staff for the Jamaica Broadcasting Corporation. In Jamaica Jean was a volunteer researcher and her husband’s assistant.

In 1962, the Stranges took two trips to the Yucatán Peninsula collecting information about the Maya for a CBC special. Shortly afterwards they decided to relocate to Mexico and bought a home in Chapala Haciendas.

Jean Strange assisted her husband with the research and writing of further documentaries about Mexico for the CBC, including a program on Cortés and the conquest of Mexico, entitled “The Bold Ones” and one about Emperor Maximilian and his wife Carlota.

Jean Strange continued to live in Chapala after the death of her husband in 1983. Jean Strange later moved to La Floresta in Ajijic where she died in about 2015.