Marcella Crump (ca 1926-2017) was a photographer born in Estonia who emigrated to the U.S. and was  active in Ajijic in the late 1950s and early 1960s. Her story is similar in some ways to that of Beverly Johnson who arrived slightly later.

Crump’s husband – Capt. David O. Crump, a B-47 pilot with the Air Force Strategic Air Command and stationed for a while at Lake Charles, Louisiana – was killed in January 1955 when two B-47s collided during refueling, leaving her to bring up their six young children. Marcella later took the family to Mexico and settled in Ajijic. In her limited spare time, she painted and, after a couple of years in Mexico, sent a selection of her completed works for exhibition in Lake Charles.

Crump initially rented Zara’s “beach house”, a small cottage positioned on the lakefront a couple of blocks west of the pier. This cottage had some very interesting renters over the years, including Lona Isoard, Mimi Fariña (the younger sister of singer Joan Baez), and Iona Kupiec, drama teacher and world traveler. 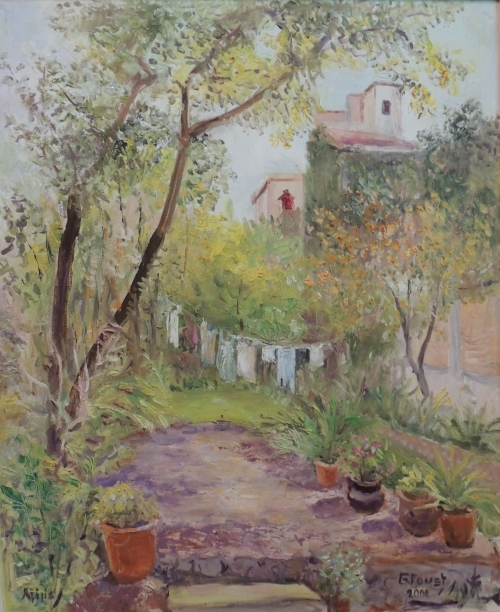 Later, the Crump family remodeled a home (see painting above by Gustel Foust) near the church with the assistance of architect Jack Bateman.

This photograph is of Raymond’s younger sister Hilda and other children, with the obligatory piñata, enjoying a posada, sponsored by the church, at the Escuela Marcos Castellanos (a Primary School for girls) in Ajijic. 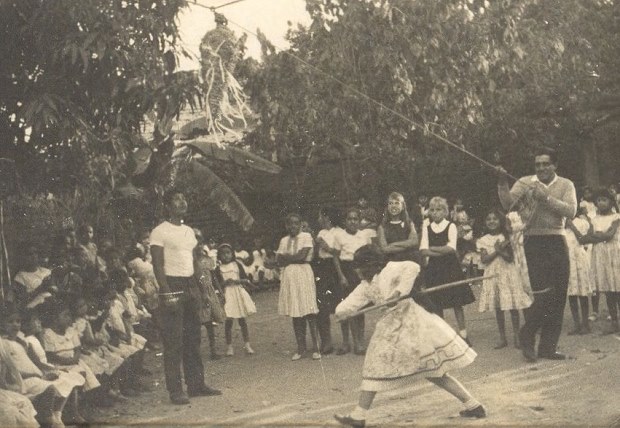 Raymond Crump remembers many of the people who were living in Ajijic during his childhood and adolescence, including Curtis Foust (son of Gustel Foust), Alice Bateman (eldest daughter of Laura and Jack Bateman), John Bruce, Eugene Quesada, and Alice Sendis and her two children: Gustavo and Milagros.

Ajijic has quite a long tradition of holding an annual globo (balloon) competition in which contestants vie to make a balloon that flies the furthest. Watching the event in about 1962 (below) were (left to right): Laura Bateman, Neill James, unknown, Alicia Sendis and Hilda Crump. 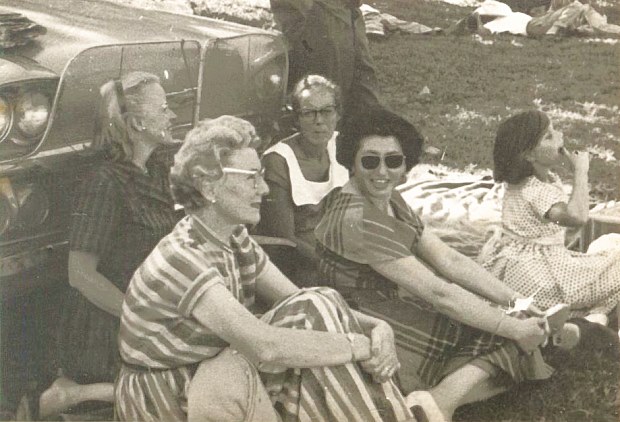 The balloon made by the Bateman family dwarfed all others in this particular year, with the author-artist Jack Bateman proving his abilities in terms of design and construction. 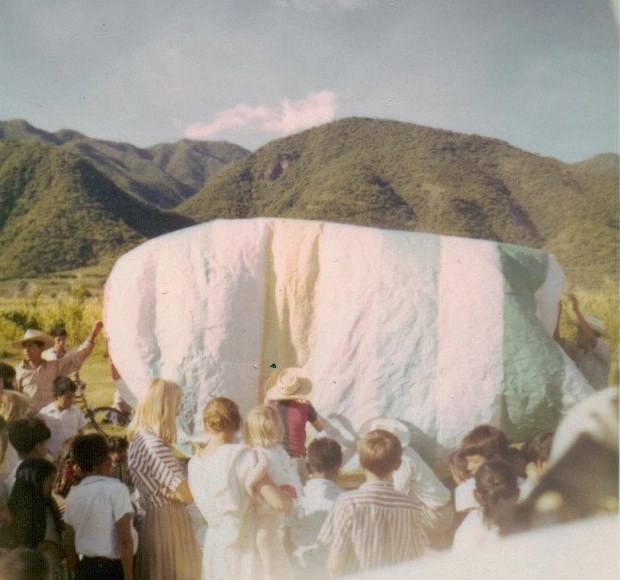 As one example of the many photographs that Marcella Crump took of the village of Ajijic, here is one of what was then Serna’s store, near the plaza, in the early 1960s. 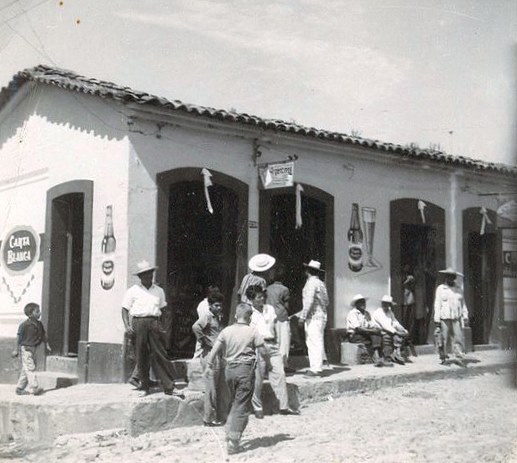 When some of Crump’s children returned to the U.S. to attend school in California, Marcella herself started taking courses at Costa Mesa Community College and became an archaeologist. She later worked for the Forestry Service and on digs in Costa Rica (in 1976) and Panama.

3 Responses to “Marcella Crump, a photographer who documented Ajijic life in the 1950s and 1960s”