Born on 8 July 1941, Sendis became interested in art at an early age and studied drawing with Juan Navarro and Ernesto Butterlin in 1958 and 1959. His father was a scientist and university lecturer who founded several important projects in the Guadalajara Hospital Civil and Sanatorio Guadalajara. Despite some parental pressure to pursue a conventional career (see comments), Gustavo chose to marry young and went to live in Europe. His father apparently supported this decision and his mother helped provide valuable contacts in regards to concerts and exhibitions.

His love of guitar music and painting took him first to the U.S., where he studied with Jack Buckingham at the University of California, Berkeley (where he lived with the family of Jim Byers), and then to Spain, where he studied with Alvaro Company (taught by Segovia) in Malaga, and with Emilio Pujol (1886-1980), the preeminent Spanish classical guitarist and composer. 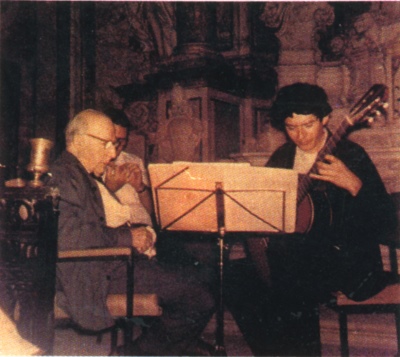 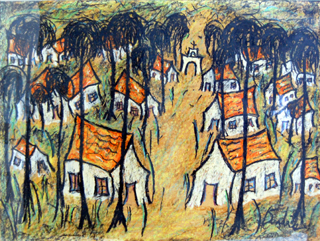 On his return to Mexico, Sendis lived for many years in Ajijic prior to moving first to Taxco, Guerrero (where he gave a concert in the city’s Santa Prisca church) and then to Tepoztlán, Morelos, where he suffered a fatal heart attack on 25 May 1989, while he was still in his 40s. 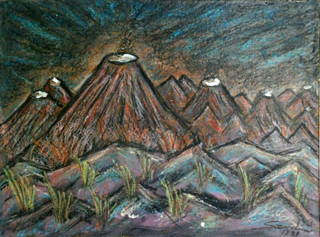 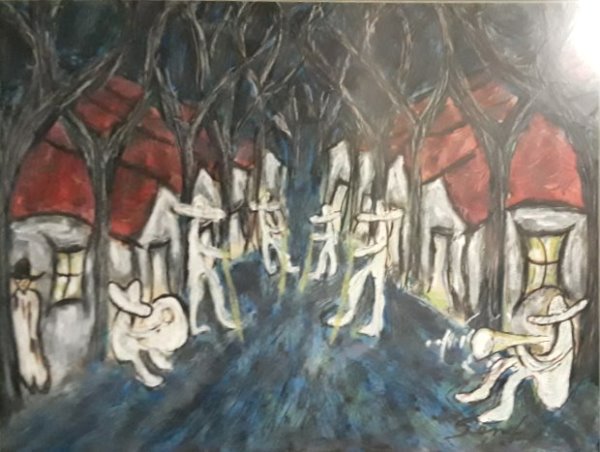 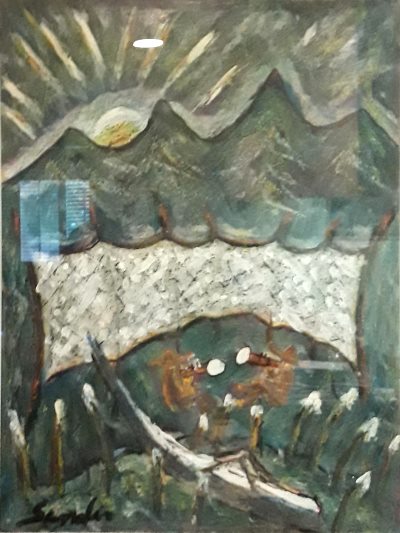 This is an updated version of a profile originally published on 26 February 2015 (and reprinted with additional material on 2 October 2017).

My sincere thanks to Katie Goodridge Ingram, Jan Dunlap and the late Tom Faloon for sharing with me their memories of Gustavo Sendis, and for the valuable additions and clarifications by Gustavo’s niece Isabel Cristina de Sendis and by Adriana Rodríguez (see comments section). Special thanks are also due to Hilda Mendoza of Ajijic for her generous and treasured gift of the cassette tape, Homenaje a Emilio Pujol.