Innovative Mexican artist Ernesto Butterlin, aka Linares, sometimes Ernesto Linares, or more simply “Lin,” had close ties with Ajijic and was active in the 1940s and 1950s. Ernesto’s parents and his two older brothers were all born in Germany and moved to Mexico in 1907, sailing first class aboard the “Fürst Bismarck” of the Hamburg-America line, from Hamburg to Veracruz. The family settled in Guadalajara, but also owned a huerta (orchard) near Ajijic. Ernesto was born in Guadalajara on 4 September 1917.

By the early 1940s, Ernesto, now in his twenties and using the name Linares for his art, is living and painting year-round in Ajijic. American writer Neill James first moved to Ajijic in September 1943 and in an early article about the village described Linares as a “young Mexican abstract painter who is currently showing his works in a traveling exhibition in the USA.” That brief description shows that Ernesto had already achieved some success as an artist, even at this early age. 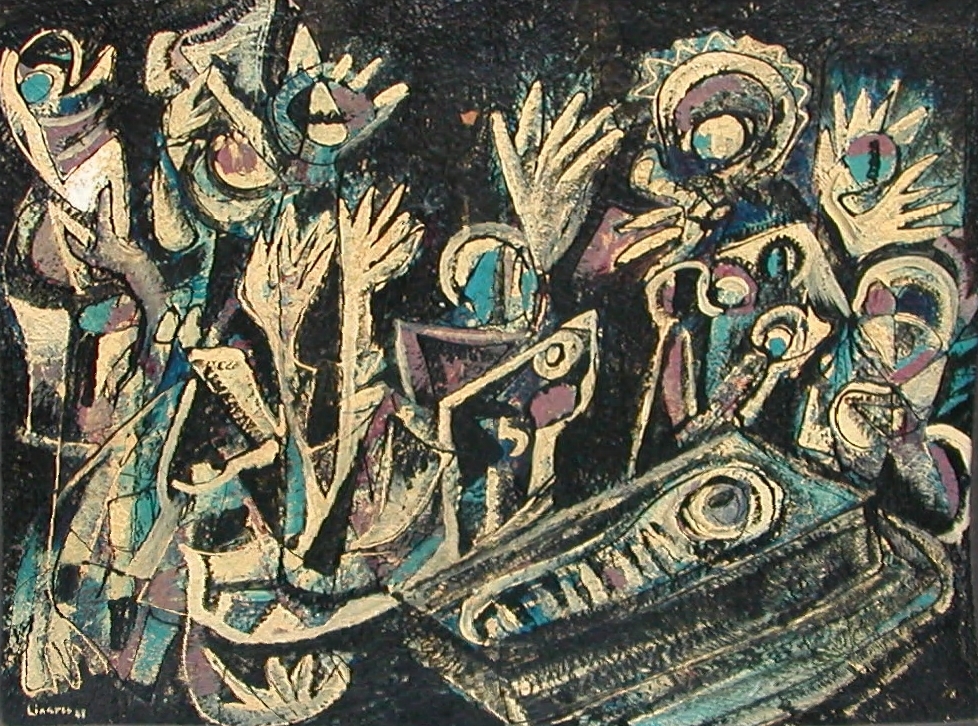 Linares (Ernesto Butterlin): Untitled; 1949. Reproduced by permission of the owner.

A more detailed description of Ernesto and his work comes from the notebooks kept by Victor Serge, a Russian living in exile in Mexico, who visited Ajijic in December 1944 and stayed over the New Year:

“Ernesto Butterlin reminds me of Pilnyak. Often with lacquer for car bodies, he earnestly makes surrealist or abstract pictures in jumbled lines and lively tones, sometimes decorative. He wants to make money in New York, be someone, and this method worries him, and he genuinely loves art, and he’s full of inhibitions and poses. Big, blond, pince-nez, the untroubled face of a good German.” 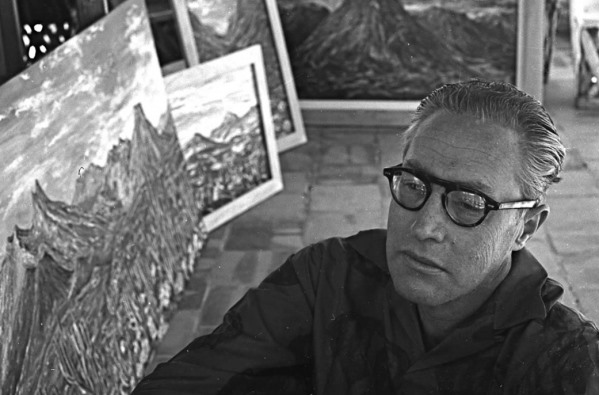 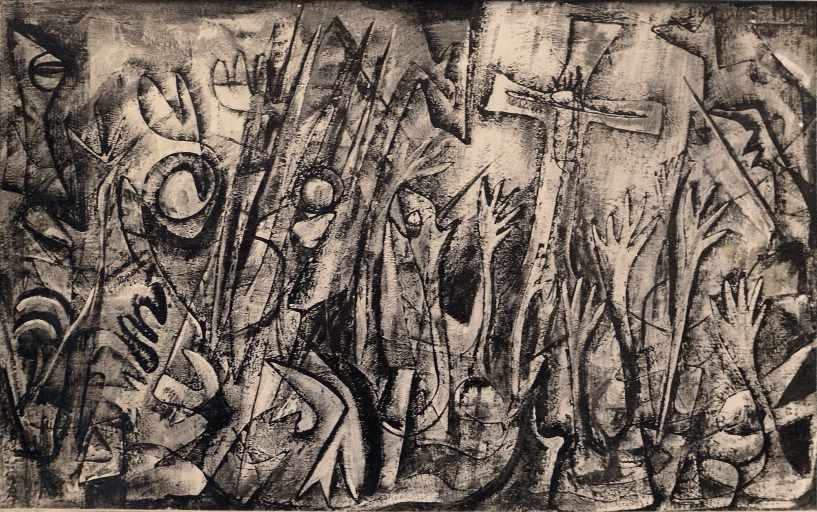 Disappointingly little is known of what became of most of Ernesto Butterlin’s pioneering artworks, and whether any are held in public collections, though both Ernesto and his older brother Otto were among the 28 artists given a joint exhibition in June 1954, in Mexico City, at the Instituto Nacional de Bellas Artes’ Salón de la Plástica Mexicana. Other artists whose work was featured on that occasion include Roberto F. Balbuena, Michael Baxte, Leonora Carrinqton, Enrique Climent, José Feher, Elvira Gascón, Gunther Gerzso and Carlos Mérida.

This article was updated on 1 May 2016 to include mention of Ernesto Butterlin’s wife. As always, we would love to receive any comments, corrections or additional information.