Swedish-American visual artist Carlo Wahlbeck lived in Chapala for two or three years in the mid-1970s.

Wahlbeck was born in Stockholm, Sweden, in 1933. At the age of 14, he started classes at the Stockholm School of Fine Art. Among his influences he credits the sixteenth century Italian artist Benvenuto Cellini and Swedish sculptor Carl Milles (1875-1955).

When he was 16, Wahlbeck spent a year in the United States and became acquainted with several American Indian tribes. In 1957 he left Europe to live in North America, taking classes at the Winnipeg School of Art in Canada. Three years later, he moved to southern California which has been his home ever since, with the exception of his time in Mexico.

Since moving to the U.S., Wahlbeck has lived for extended periods of time among the Navajo and Zuni Indians, using their beliefs and lifestyle as a source of inspiration for his own surrealist works. 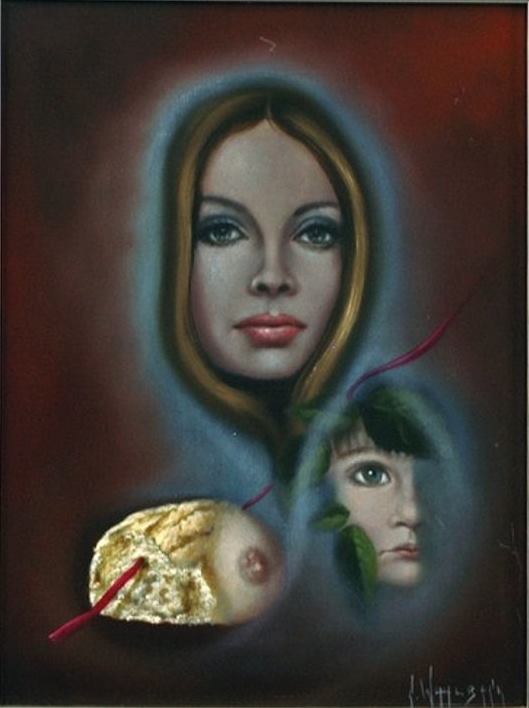 Prior to his extended stay at Lake Chapala, Wahlbeck had been living in Los Angeles. His residence in Chapala, with his two sons, coincided with the time when the local community was getting an unwanted reputation as a center for drug use. The biography on his studio website says that Wahlbeck “spent 2 years in Mexico, living among the Huichol people in the inaccessible mountains north of Tepic, painting the Indian religion and the white man’s religion as seen through Huichol eyes.” It is unclear whether this was before or after his stay at Lake Chapala. 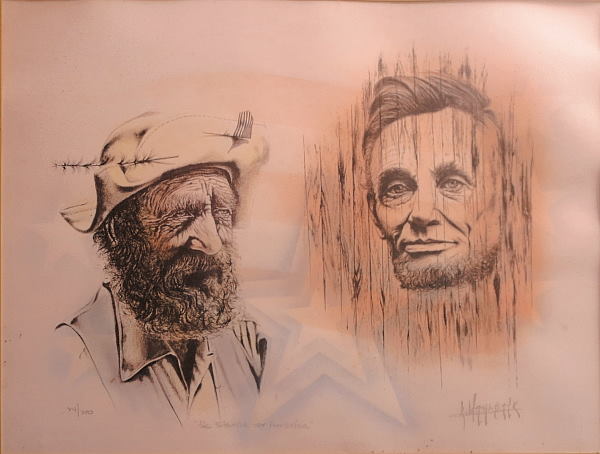 In May 1975, two of Walhbeck’s original lithographs were offered for sale in an auction in Ajijic to raise funds for the local Primary School for Boys. Wahlbeck’s lithograph entitled “He stands for America” (above) dates from about this time.

Wahlbeck, who has lived on-and-off and exhibited in Palm Springs, California, for some 50 years, is best known in the U.S. for works relating to Native Americans. In addition to his skills as an illustrator and painter, Wahlbeck is an expert in the sculptural techniques used in working with cast paper. 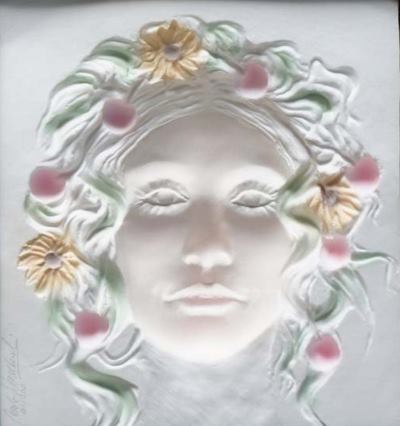 Wahlbeck’s works have found their way into many prominent collections, including those of King Gustav of Sweden, former US Presidents Ronald Reagan and Richard Nixon, Barry Goldwater, Robert Guggenheim, and the actresses Lucille Ball and Elizabeth Taylor. Institutions with Wahlbeck’s work in their permanent collections include The Bob Hope Cultural Center (Palm Desert, California); the Museum of Western Art (Ardmore, Oklahoma) and the Museum of Art in Tel Aviv, Israel.