He was a poet, essayist, social fighter and teacher, who used to joke that only a wall had stopped him from becoming President of Mexico–this was because Lázaro Cárdenas (President of Mexico 1934-1940) had been born in the house next door! 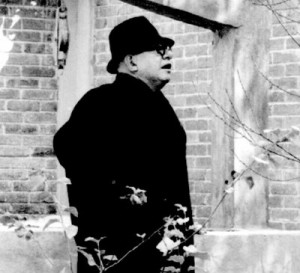 Martínez christened his native city of Jiquilpan as the “city of jacarandas”, a name that is still widely used today on account of the city’s many blue-flowering jacaranda trees.

He published numerous volumes of poetry, including:

He also wrote an autobiography, finally published twenty years after his death in 2002. He studied (and later taught) at Colegio de San Nicolás de Hidalgo (Morelia) and studied at UNAM. His poems contain many pre-Columbian element and he researched and wrote about Tarascan literature.

Sadly, a campaign in 2010-2011 to turn his former house (Río Mayo #367, colonia Ventura Puente, Morelia)  into a small museum and exhibition space has apparently failed, owing to lack of funds.