Born in Salt Lake City, Utah, on 16 February 1912, Kent spent much of his youth riding and sketching in the Teton Mountains and is best known for his landscapes and scholarly portraits of Native Americans, including the Shoshone and Blackfoot Indians. He later turned some of the sketches into paintings. In the 1940s, Kent completed many social realism paintings depicting racial and social problems. 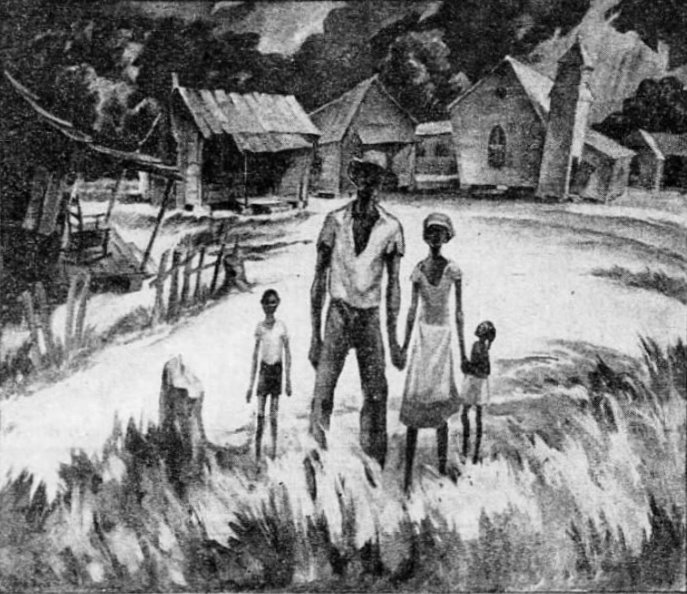 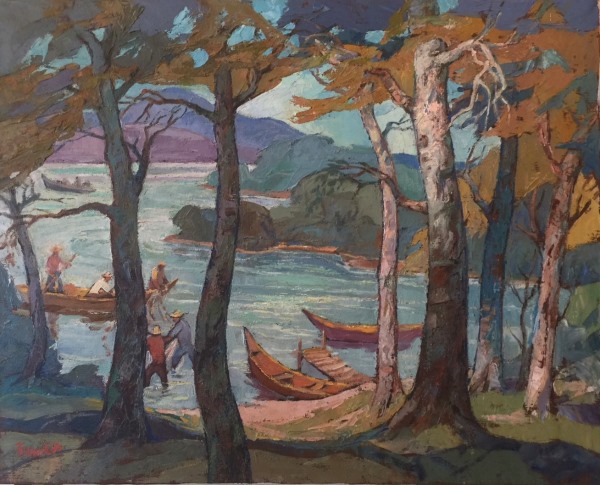 Kent completed a Bachelors degree in Fine Arts in 1937 and a Masters in Fine Arts in 1938, both from Syracuse University, New York. He worked as an illustrator for Wild West magazine in New York and also worked for many years as a specialist in identification, attribution, appraisal and cataloguing for various museums and colleges, including the Metropolitan Museum of Fine Art in New York. He was a Professor of Fine Arts at Bradley University in Illinois (1938-1944) and at Syracuse University in New York (1944-1958).

He was the Director of the Crocker Art Gallery in Sacramento, California for 11 years (1958-1968), after which he became a fine arts appraiser, researcher, and restorer for Hunter Gallery in San Francisco.

Kent had undertaken private study in Mexico in 1946 and 1952, and apparently also taught at the Mexican Art Workshop (organized by Irma Jonas) from 1949 to 1955. The 1949 workshop was based in Ajijic, with an “overflow” workshop in Taxco. In the succeeding years, the workshop was based entirely in Taxco. 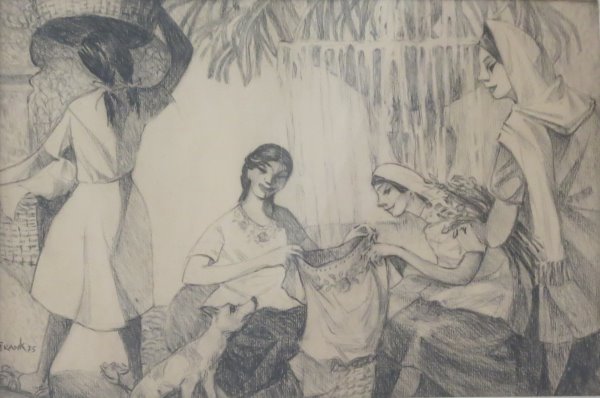 After he retired from his position at Crocker Art Gallery, Kent moved to Lake Chapala.

According to a brief note in the Guadalajara Reporter in 1975, “The well known California painter Frank W. Kent has settled into his Villa Formosa apartment and expects to be busy portraying the Lakeside beauty on canvas.”

A few months later, Katie Goodridge Ingram, who was director of La Galeria del Lago in Ajijic, announced an exhibition of 10 of his works. The artist, who had been painting in the area for eight years, gave a talk on opening night (in February 1976) about creativity and composition. Ingram said that “his work has an original and characteristic style reflected in the colorful breakdown of shapes and planes. His paintings of Mexican children reflect joy and movement, and his depictions of street musicians are marked by a real freshness of approach.”

Examples of his work are included in the permanent collections of the Chicago Art Institute; Rochester Memorial Museum; Syracuse Museum of Fine Arts; Iowa State University; University of Utah; Crocker Art Gallery, Sacramento; and in many private collections.