In the early 1990s, a small number of photos signed “Arzapalo” were included in J. Jesús González Gortázar’s book Aquellos tiempos en Chapala. Judging by their subject matter, the Arzapalo who took these photographs was almost certainly Ignacio Arzapalo Palacios (1837-1909), though there is a small possibility that they were the work of his son, José Ignacio Arzapalo Pacheco (1878-1904).

Ignacio Arzapalo was the man who built the Hotel Arzapalo, Chapala’s first purpose-built hotel which opened with 36 large and comfortable rooms in 1898. For the record, brief biographies of Arzapalo appear in each of my previous books about the Chapala area – Western Mexico, A Traveler’s Treasury and Lake Chapala Through the Ages – but I now realize that my descriptions of his life were not entirely accurate. 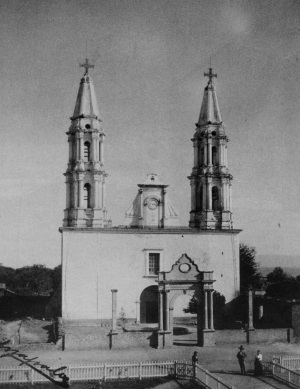 I now know that Arzapalo was born in Sinaloa, not Spain, and had been in Guadalajara for many years before he commissioned the Arzapalo Hotel in Chapala. The architect of this hotel is currently unknown. [There is no evidence supporting the oft-made claim that Arzapalo asked architect Guillermo de Alba to design this hotel; for further details, please see chapter 11 of If Walls Could Talk: Chapala’s historic buildings and their former occupants.]
Lake Chapala Artists & Authors is reader-supported. Purchases made via links on our site may, at no cost to you, earn us an affiliate commission. Learn more.

Ignacio Arzapalo was born in the mining town of Cosalá, Sinaloa, in 1837. He had two marriages, the first of which was to Emilia Salgado Maldonado. They married in Mazatlán on 12 February 1963 and their daughter Delfina was born in 1865. Two years later Emilia bore him twin girls: Emilia and María Luisa. Emilia, Arzapalo’s first wife, died in 1875. 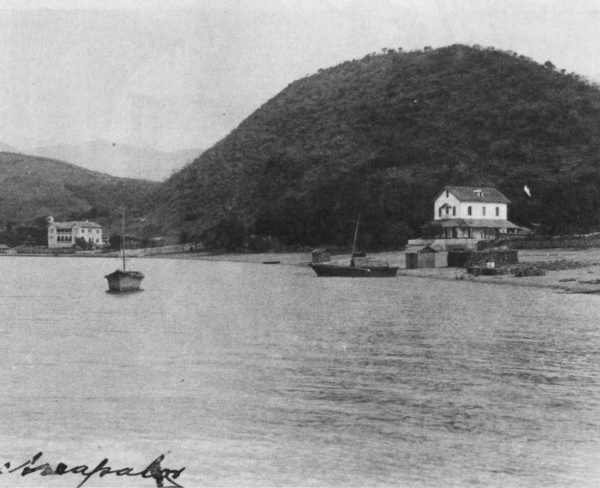 In the 1870s and 1880s, Ignacio Arzapalo was on the board of various different partnerships hoping to build a railway linking Guadalajara to Tlaquepaque. In 1881, for example, he was prepared to invest $10,000 pesos to help capitalize a new company that needed to raise $105,000 in total.

In 1888 Arzapalo was elected to a seat on the Guadalajara city council.

Coincidentally, only a couple of months earlier, his wife had lent her diamond necklace to a group of people interested in witnessing the skills of American mentalist Washington Irving Bishop who was visiting the city. The necklace was hidden, without his knowledge, a mile away from the Hotel Humboldt where he was staying. Wearing a blindfold, he was walked out of the hotel and placed in a carriage. The instructions he relayed to the driver took the carriage directly to the necklace to the cheers and applause of thousands of onlookers. 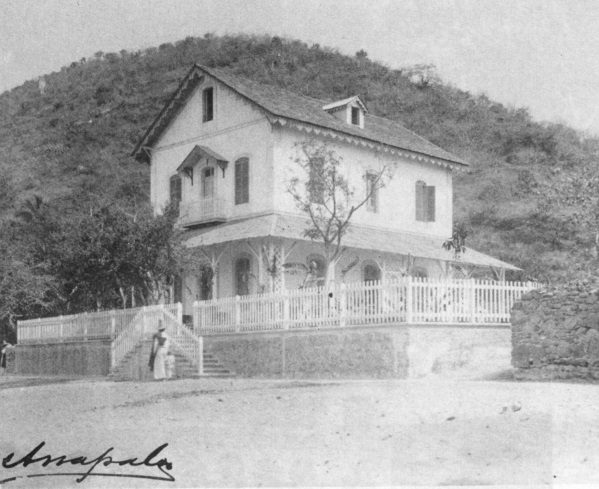 Arzapalo began preparations for his hotel in Chapala in 1891 after being granted permission to construct a wall at the lakefront side of property he owned.

As plans progressed, he continued to do his civic duty in Guadalajara, sitting on the board of the “Círculo Mercantil” and as a member of the group planning the city’s Parque Agua Azul.

Construction of his two-story hotel in Chapala got underway in earnest in 1896 and the hotel opened for business in 1898.

Even if we don’t know who the architect of the Hotel Arzapalo was, we do know that Arzapalo commissioned Guillermo de Alba when he decided to build a second, even better-appointed hotel. The Hotel Palmera had its formal opening in 1908. Part of the original Arzapalo Hotel is now the lakefront Beer Garden restaurant-bar. The Hotel Palmera later became two hotels: Hotel Nido (now Chapala’s Presidencia Municipal or city hall) and the short-lived Hotel Niza.

Not surprisingly, given his obvious commercial interests, Ignacio Arzapalo was an active member of the Jalisco Development Company which proposed, in 1902, building an electric railroad from Guadalajara to Chapala, and was one of the business leaders trying, in 1904, to form the first Chapala Yacht Club. Though neither of those projects came to fruition, Arzapalo’s contributions to Chapala were one of the crucial steps in transforming the former fishing village into Mexico’s premier lakeside resort.

While aware that the quality of these images is not up to our usual standards, we believe they are worth reproducing. If any reader has access to better quality images of photographs by Ignacio Arzapalo please get in touch!

This profile was updated, with minor corrections and additions, in September 2022.