Writer and illustrator Ellis Credle Townsend moved from Guadalajara to Ajijic in about 1974 and lived and worked at Lake Chapala for more than a decade. She was the author and illustrator of more than twenty children’s books over a long career. 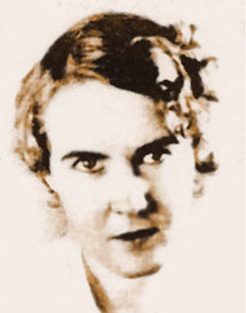 Ellis Credle (she used her maiden name on all her books) was born and raised in North Carolina. Born in 1902, she studied at Louisberg College and taught high school in the Blue Ridge Mountains before moving in 1926 to New York City, where she studied interior design and took painting classes at the Art Students League. She worked as a governess for two children before landing a commission to draw reptiles for the American Museum of Natural History. While continuing to write in her spare time, she was also asked to paint a series of murals for the Brooklyn Children’s Museum.

She had several rejections from publishers before one finally accepted Down Down the Mountain (1934), the first ever illustrated children’s book set in the Blue Ridge country. Helped by her deep familiarity with the area’s folk tales and life styles, it was an immediate success and quickly became a classic; it sold more than 4 million copies.

Credle visited Mexico in the early 1930s and another of her early books, Pepe and the Parrot (1937), a story about a dog and a parrot, was set in a traditional Mexican village. Other books Credle published before moving to Mexico include Across the Cotton Patch (1935), based on her childhood days on a grandfather’s farm; Little Jeems Henry (1936); That Goat That Went to School (1940) and Janey’s Shoes (1944). 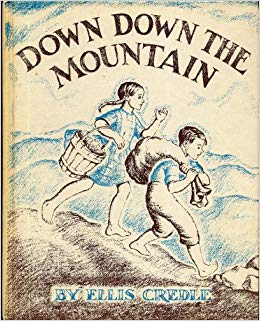 Credle married Charles de Kay Townsend; the couple had one son. Born in Rhode Island, her husband was a Harvard graduate and served in the Navy during the second world war. He was a photographic technologist with the National Gallery of Art in Washington, D.C. for many years, and it was after he retired that the couple left for Mexico with their young son, Richard, in 1947. Her husband’s photographs were used in some of Credle’s later books.

Richard grew to love Mexico and became an eminent authority on pre-Columbian cultures. He gained a masters degree in anthropology form the University of the Americas and a doctorate from Harvard for work on the art of Tenochtitlán. He was curator of the Department of Africa, Oceania, and the Americas at The Art Institute of Chicago, and edited numerous exhibition catalogs including The Ancient Americas: Art from Sacred Landscapes and Ancient West Mexico (which has many close links to the Lake Chapala area).

The family arrived in Mexico planning to stay only six months so that Credle could write without distraction, perhaps to put the finishing touches to My Pet Peepelo (1948), a story set in Mexico. Here Comes the Showboat was published the following year. By then, the Townsends had settled in Zapopan, Guadalajara, where their stay kept being extended by other book commissions; Credle ended up living in Mexico for more than 40 years. 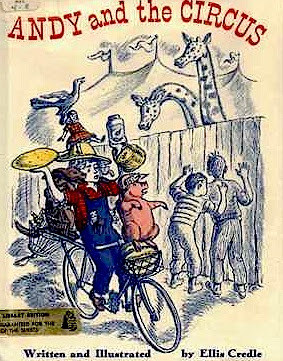 Even in so-called retirement, Credle continued to write and based several more stories in Mexico, though none ever received the same high praise as her tales of the Blue Ridge country. In 1964, she and her husband were commissioned by Nelson to write a school book about Mexico, aimed at young teenagers. This was published in 1968 as Mexico, land of hidden treasure in Nelson’s World neighbors series.

Following the death of her husband in 1974, she moved to La Floresta in Ajijic on Lake Chapala. Late in life she also wrote “Dog Ignacio Lives On“, a short piece published in El Ojo del Lago, November 1994.

Ellis Credle Townsend was often asked to lecture in the U.S. on account of her knowledge of authentic folklore and was a regular at the Ajijic Writers’ Group.

Interviewed for El Ojo del Lago late in her life, Credle said, “I have never regretted coming to Mexico. I have always felt happy, at home, and strangely safe here.” She did not travel very far apart from occasional trips to Chicago to visit her son. She was in Chicago at the time of her death on 21 February 1998.