La invasión de los vampiros (1963) is a Mexican film in which a doctor and his assistant hunt down a vampire named Count Frankenhausen, who is terrorizing the local populace. Written and directed by Miguel Morayta, it starred Erna Martha Bauman, Rafael del Río and Tito Junco. The film was released two years later in an English version as The Invasion of the Vampires. 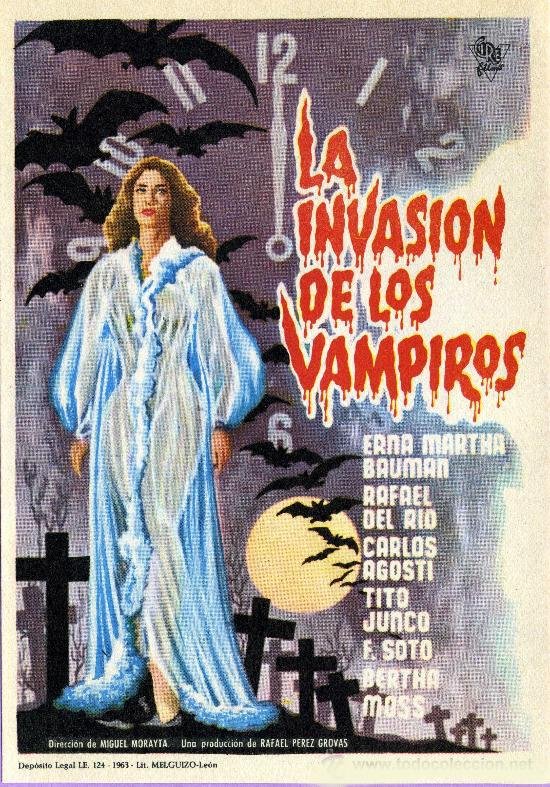 Kudos to historian and author Richard Grabman for suggesting to me that, “A good part of La invasión de los vampiros (1963) was filmed in Ajijic.” He added that the movie is “something of a classic in its genre, especially for its creepy atmosphere.” Unfortunately, he’s unsure where he picked up these interesting snippets of movie trivia.

The movie is, indeed, regarded as one of the finest horror films to emerge from Mexico and, after watching it, I have to agree that it’s entirely possible that parts of the movie were shot at Lake Chapala, though I have yet to find any supporting documentary evidence for this.

So, dear reader, if you can tell me any more about the connection between La invasión de los vampiros and Lake Chapala, please get in touch!