French-born photographer Frédèric Faideau (1880-1954) took some remarkable photos of Lake Chapala in the early 1920s. Unlike the commercial postcard photographers and publishers who portrayed the Chapala area and its inhabitants at that time, Faideau was an unpaid amateur. It is precisely because his photographs had no commercial or monetary motivation that they are so interesting. 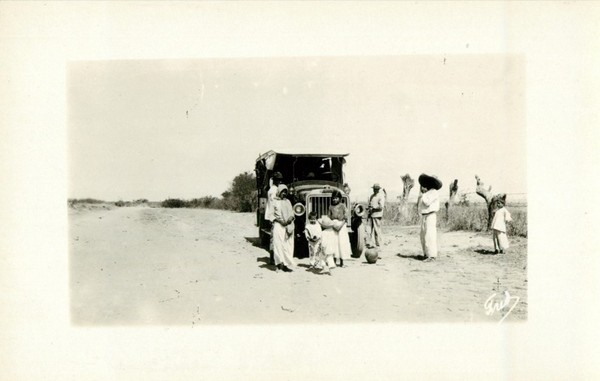 Faideau was not the only talented and skilled amateur photographer portraying the Chapala area and its inhabitants in the first half of the 20th century. For example, two local photographers, architect Guillermo de Alba and hotelier Antonio Mólgora, are known to have published a limited number of their images as postcards, with Mólgora apparently giving away or selling his own photos to guests of the various hotels he managed as a means of garnering publicity and clientele.

A very small number of fine photographers appear never to have made any attempt to formally publish their photos, and only ever shared them with family and friends. Faideau is probably the most noteworthy member of this group. 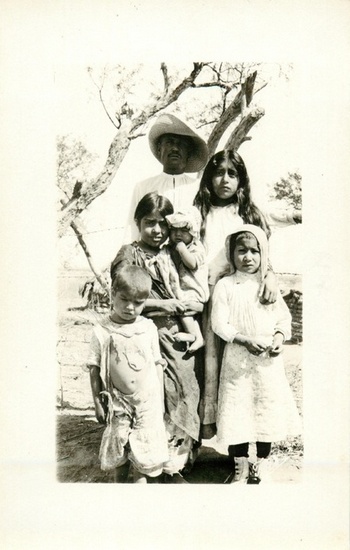 Faideau was born in Bouresse, Vienne, Francia in 1880. He left France in 1905 to join his cousin, Dr. Adolphe Faideau, who was living in Guadalajara. Faideau began working for Las Fábricas de Francia, and later became a representative and shareholder of the company.

In 1914, Faideau returned to Europe to serve as a nurse during the first world war and married Lucie Muzard, a girl from his home village. The couple had two children: Suzanne and Pierre. After the war ended, the family settled in Guadalajara where they lived until 1925, the year they returned permanently to Europe.

While living in Guadalajara Faideau indulged his serious passion for photography. His techniques were sound and his subject matter varied from pictures of his workplace, co-workers, family and friends to urban and rural landscapes, including some views of Chapala and its eponymous lake.

Faideau’s photos of children are especially charming and his portraits of local people are valuable ethnographic images, revealing the wide disparities in the social, economic and cultural life of the time.

The Musée de la Vallée in Barcelonnette, France, has a collection of Faideau’s photographs, donated in 2009 by Cristian and Catherine Dejoie, two of Faideau’s descendants. Faideau’s photographs were showcased in an exhibition entitled “Frédèric Faideau and Charlotte Lions-Plisson: views of Mexico” hosted by the museum from 10 August to 30 October 2011.