Was George Seaton the first author to include mention of Ixtlahuacán de los Membrillos in an English-language guidebook to Mexico? 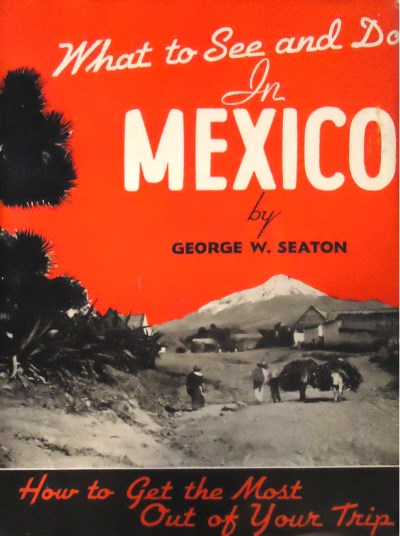 Seaton wrote that, “In the little Indian town of Ixtlahuacan [de los Membrillos], they make a famous quince wine. It is good, if you like it, but rather sweet, and more like a cordial.”

Just who was Seaton and how did he come to write about Mexico in general and the Lake Chapala area in particular? George Whiting Seaton was a New York-based author who was born in New York City on 13 January 1888 and died in his native city in August 1944. Seaton was educated in Europe, spending time in Paris, France, (1906-1907) and in Heidelberg, Germany (1909-1910) as well as some time in the UK (1911).

When the US entered the first world war, Seaton enlisted as a private in the US Army. He received rapid promotion and, after being sent back to France in 1918 with the American Expeditionary Forces, was appointed aide to Brigadier-General F LeJ. Parker, Chief of G-2-E of the General Staff. Seaton was made responsible for arranging “tours of the battlefields for correspondents, distinguished visitors, and officials of the American and Allied governments.” After his discharge from military service in 1919, Seaton returned once more to Paris, working on behalf of the American Express Travel Department. Seaton is credited as having led the first party of American tourists to Europe after the war ended.

He remained in Paris for several years, and spent several months traveling all over Russia in the summer of 1922 as a guest of that country’s Tourist Trust to offer them some suggestions about how to establish future tourist traffic.

When Seaton returned to live in the US, he became a tour manager with Raymond and Whitcomb Co., the prestigious travel company based in Boston, Massachusetts.

Seaton occasionally lectured on his experiences in Europe. In 1935, for example, he gave an illustrated lecture on his time in Russia to an audience at the International Relations Club of Colby College in Maine. The newspaper announcement of his lecture said that he would “report only what he saw” and was not a propagandist, and stressed that, in Russia, “He disliked some things he expected to admire and admired others he expected to dislike.” He would, however, try to convince attendees that, “whether one likes it or dislikes it, Russia is the most interesting country in the world today.”

By that time, Seaton was living in an apartment on Grove Street in Greenwich Village, New York, and starting to focus on his writing career.

When the second world war broke out in Europe, Seaton was hired to work at the US Office of War Information. 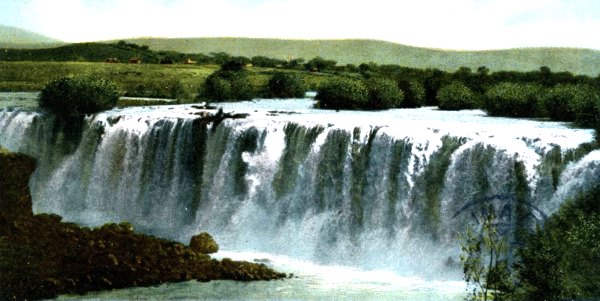 Seaton’s one-liner about Ixtlahuacan de los Membrillos in What to See and Do in Mexico is preceded by a detailed description of the Juanacatlán Falls, which “are about 70 feet high and measure 524 feet from end to end.”

From Ixtlahuacán, Seaton continued on to Chapala:

“Chapala is a charming town, the sort of place where you want to linger indefinitely, doing nothing…. The lake shores for miles in either direction at Chapala are lined with villas, parks, and, in the fashionable season, bathers. The best time for bathing is in the wintertime…. Since there are no outstanding churches to see in Chapala and nothing in particular of local interest to buy there, you can devote all your energies to having a good time. Begin by tasting some of the delicious foods they prepare in Chapala. I think the best hotel in town is the Nido….”