Jack Harris Rutherford lived with his first wife, Dorothy, and their four children, in San Blas in 1963, before moving to Ajijic in about 1966. He remained a resident of Ajijic, making occasional visits to San Blas, until 1971, when the family relocated across the Atlantic to southern Spain.

Rutherford was born in Long Beach, California, on 11 May 1931. At age 11, he took art classes with eminent watercolorist Hans Axel Walleen (1902-1978), who was President of the American Watercolor Society from 1957 to 1959. In his early twenties, Rutherford, increasingly disenchanted with where U.S. society was headed and with working in his father’s oil company, opted to focus on art, taking lessons with Austrian-born Karl Seethaler, the then Director of Long Beach Academy of Art in California. Rutherford became an active participant in the “synthesis of art” cultural group in California and in 1957, was appointed Director of the School of Fine Art, Long Beach, California.

In 1963, he felt his artistic development was being seriously constrained by the position, and decided, in his words, “to dedicate all my energies to my purpose as an artist… I sold up my home and with my wife and four sons fled to Mexico to lead the life of a vocational artist.” In San Blas, Nayarit, Rutherford founded a short-lived “Academy of Art” with himself as director. 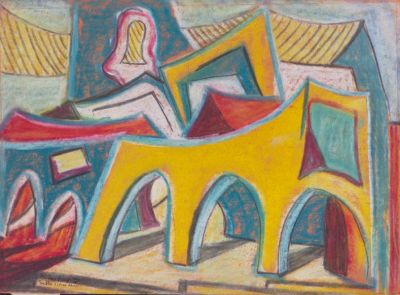 In early 1965, German artist Peter Huf and his future wife Eunice Hunt met Rutherford in San Blas. (The couple later lived in Ajijic for many years). Huf recalls that Rutherford “had just arrived with his wife and four sons. He had dug out of the sand the walls of some abandoned building and hung his paintings on the walls.” Peter Huf and Eunice Hunt had their first art show in Mexico on the walls of the beautifully-proportioned Old Customs House, then in ruins, but since restored. 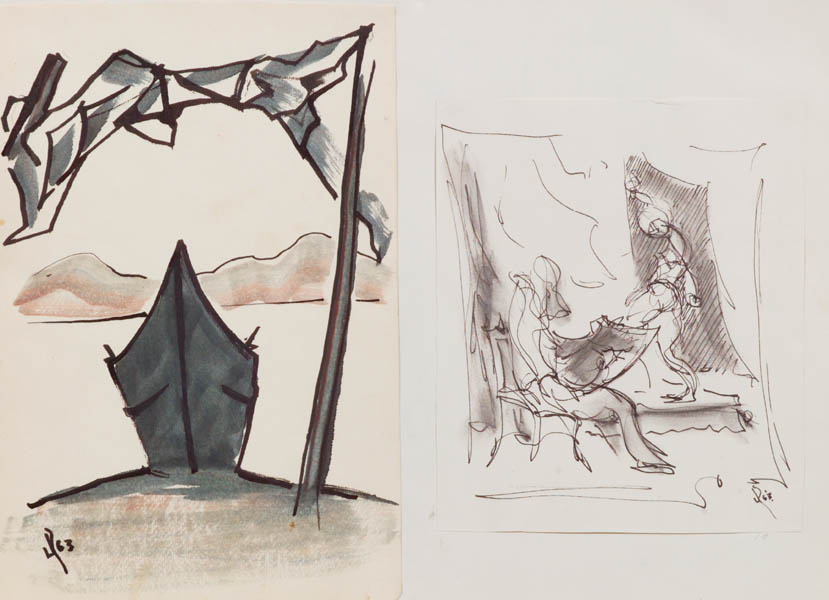 Rutherford held numerous exhibitions during his time in San Blas and Ajijic. For example, in early 1964, an exhibit of his paintings opened at the Mexican-North American Cultural Institute in Guadalajara. Even then, according to a contemporary newspaper article, Rutherford planned to eventually move to Europe to paint and study. (Colony Reporter, Guadalajara, 6 February 1964). In August 1965, he had a successful one-man show at the Posada Ajijic; the following month he and his family went back to San Blas. (Colony Reporter, Guadalajara, 2 September 1965). 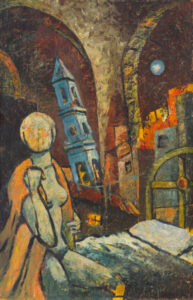 Rutherford was also a founding member of the Grupo 68 art collective in Ajijic. Grupo 68 was founded in 1967 and initially comprised Peter Huf, his wife Eunice Hunt, Jack Rutherford, John Kenneth Peterson and Shaw (the artist Don Shaw). (Rutherford dropped out of the group after a year or so, but the others remained as a group until 1971.)

In September 1968, Rutherford was one of 8 painters and a sculptor whose works were displayed at the “re-opening” of Laura Bateman’s Rincon del Arte gallery at Calle Hidalgo #41 in Ajijic. (The other artists were Alejandro Colunga, Coffeen Suhl, Peter Huf, Eunice (Hunt) Huf, John K. Peterson and (Donald) Shaw; the single sculptor was Joe Wedgwood).

Rutherford’s website features numerous paintings and sketches from his time in Mexico.

In 1971 Rutherford returned to the USA, and then went to Spain. In Spain, he lived for almost thirty years in an historical olive mill in Andalucia, where he directed an art school “Arts and Growth Center” and ran his own art gallery. 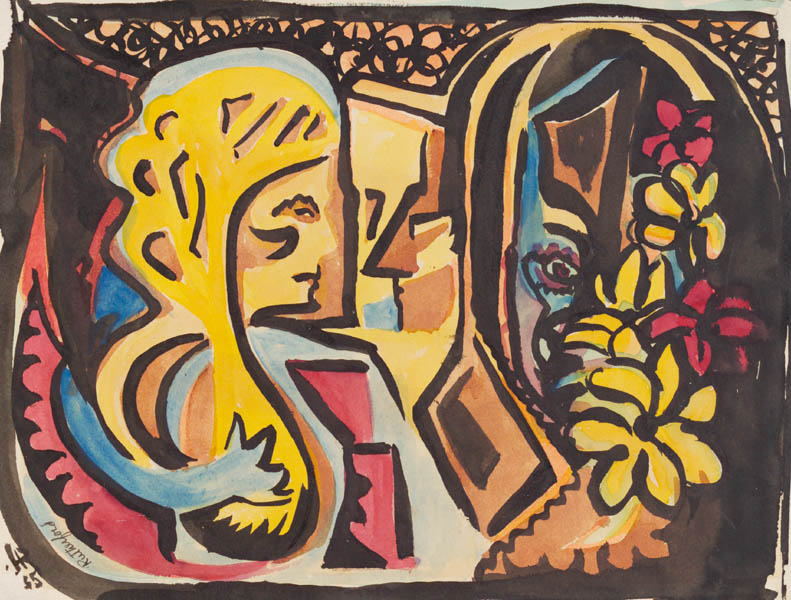 According to his website, Mexico has always remained “a strong influence on his art” and Rutherford continues to take return trips and longer stays in “this spiritual country, scene of his artistic liberation”. In recent years, Rutherford has visited, and exhibited, in La Manzanilla on the Pacific Coast of Mexico several times.

Jack Rutherford has exhibited, lectured and taught in the U.S., Mexico and Europe. His one-man exhibitions outside Mexico include: