In Ajijic, the Hufs were sufficiently successful that they were able to live off their art. 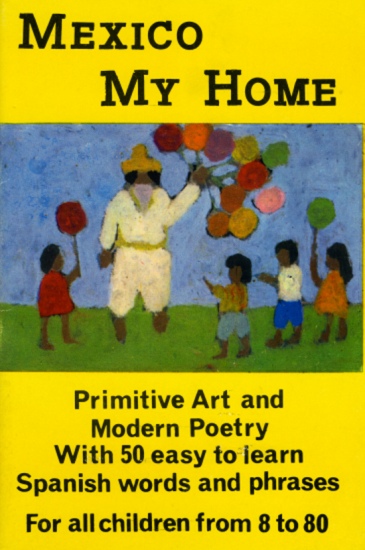 Peter and Eunice Huf were founder members of a small group of artists, known as Grupo 68, that exhibited regularly at the Camino Real hotel in Guadalajara and at various galleries.

Grupo 68 initially had 5 members: Peter Huf, Eunice Huf, Jack Rutherford, John Peterson and (Don) Shaw (who was known only by his surname). Jack Rutherford dropped out of the group after a few months, but the remaining four stayed together until 1971.

In 1969, the Hufs co-founded a co-operative art gallery “La Galería”, located on Calle Zaragoza at its intersection with Juarez.

Both artists had solo show during their time in Mexico. For example, Eunice Huf held a solo show in 1968, sponsored by the Mexican Olympic program at Galeria 8 de Julio in Guadalajara. Her show was followed by a solo show of works by Georg Rauch also under the patronage of Señora Holt and the Olympics.

Before leaving Mexico (with every intention of returning), they illustrated a short 32-page booklet entitled Mexico My Home. Primitive Art and Modern Poetry With 50 easy to learn Spanish words and phrases. For all children from 8 to 80, published in Guadalajara by Boutique d’Artes Graficas in 1972. The poems in the booklet were written by Ira N. Nottonson, who was also living in Ajijic at the time. The illustrations in the book are Mexican naif in style, whereas their own art tended to be far more abstract or surrealist.

The couple left Mexico in June 1972, and lived for a couple of years in southern Spain before moving to Germany. Despite their earlier intentions, they never did return to Mexico.

Grateful thanks to Eunice and Peter Huf for their warm hospitality during a visit to their home and studio in October 2014. Their archive of photos and press clippings from their time in Mexico proved invaluable, as did their memories of people and events of the time.

If you wish to add to or correct anything in this brief biography, then please use the comments feature or email us.