Artist Daphne Aluta (1919-2017) moved to Ajijic with her then husband Mario Aluta in the late 1960s, and lived there for about twenty years. In September 1985 she was the first female artist ever to have her work featured in the Chapala area monthly El Ojo del Lago; all previous art profiles had highlighted male artists. 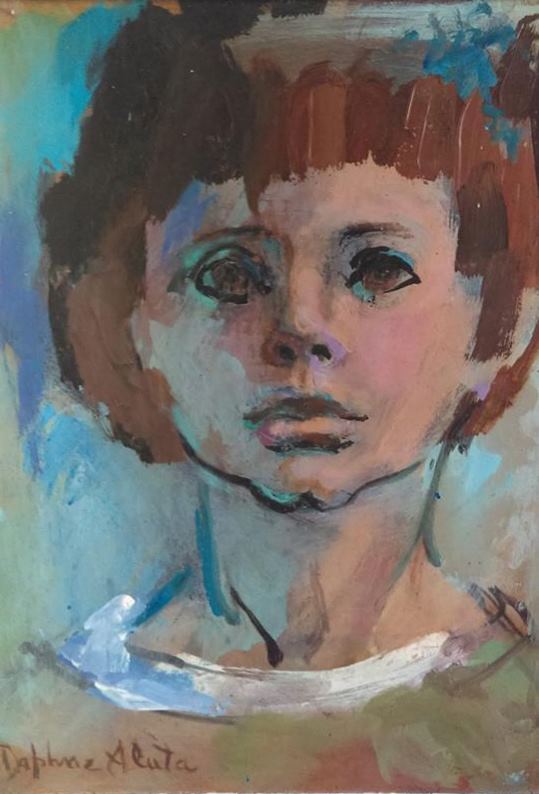 Born Daphne Craig on 24 June 1919 in Detroit, Michigan, she grew up in Evanston, Illinois, before studying at Cranbrook School for Girls and then graduating from the Cranbrook Academy of Art in Bloomfield Hills, Michigan.

In 1937 she married Richard Flu; the couple had a daughter, Stephanie. In 1941 Daphne married Frank L Greer and moved to Santa Barbara, California; they had two daughters and a son. Frank was an architect (he designed various public buildings in Santa Barbara) and it was only natural that Daphne, who loved sculpture as much as painting, began to help design homes.

Her marriage to Turkish painter and architect Mario Aluta, 15 years her senior, is recorded as taking place in Nevada in 1960. It is assumed that Daphne exhibited in the US before moving to Mexico, but no details of such exhibits are currently known.

During her time in Ajijic, in addition to painting and sculpting, Aluta designed and built several homes in the village. Aluta lived at various addresses in Ajijic, including Juan Alvarez 44 and, in 1971, Encarnación Rosas #20. 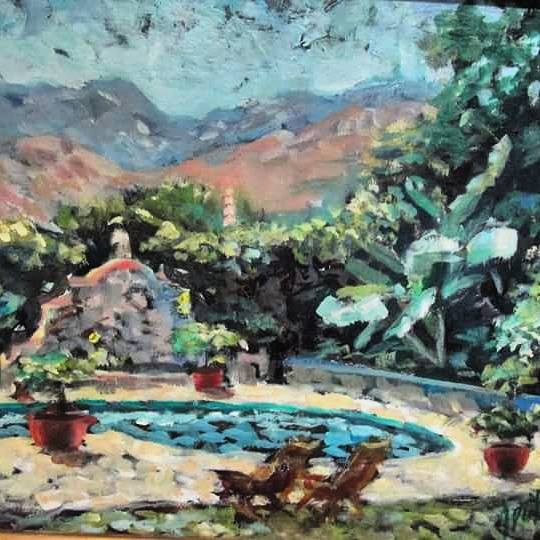 As an artist, her group exhibitions in Mexico included the Casa de la Cultura in Guadalajara (1970); the “Fiesta de Arte” held at a private home in Ajijic (15 May 1971); the ex-Convento del Carmen in Guadalajara (1980); the Club Campestre La Hacienda (1985) on the main Guadalajara-Chapala highway; and the “Help Save Lake Chapala” exhibit in Mexico City (1988). 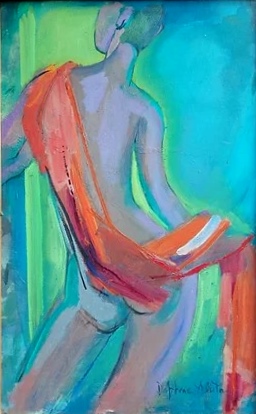 Daphne’s fourth husband was Colin MacDougall. They married in Ajijic in 1974, in a small ceremony at the home of Sherm and Adele Harris, who were then managing the Posada Ajijic.

After living in Mexico for 30 years, Aluta returned to the U.S. in 2000, to make her home in Ventura, California, where she died seventeen years later on 6 July 2017.

This is a revised and expanded version of a post first published 23 June 2016.