Xavier Pérez Aguilar became well known in Ajijic in the 1980s and 1990s for his fine watercolor landscapes and portraits.

According to a “Profile of the Artist” in El Ojo del Lago, Pérez was born in Ocotlán (near the eastern end of Lake Chapala) but was raised and educated in Southern California. He worked in industrial design before entering Los Angeles City College to study a liberal arts program. He then attended the Art Center College of Design, and studied painting under Leon Franks, Sergei Bongart and Constance Marlow. 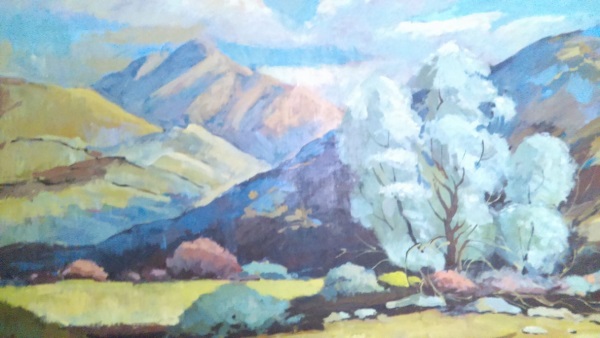 With Marlow, he started the Valley Branch of the Art League of Los Angeles in 1968, under whose auspices he taught and gave painting demonstrations for 15 years. In August 1968 he exhibited ”Pico Adobe” in an invitational group show at the San Fernando Mission in Los Angeles. Both Sergei Bongart and Constance Marlow also had works in that show.

At the Art League, Pérez gave life and drawing classes. Elsewhere, he gave a demonstration of palette knife techniques at an art society meeting in Los Angeles, in September 1968, and conducted flower painting classes in Chino. In January 1975, Pérez, billed as a  “renowned artist and sculptor,” gave a demonstration in sculpturing at the San Fernando Valley Art Club. By that time, Pérez had founded the Xavier Pérez Studio.

According to the biographical profile in El Ojo, “Xavier’s works brought on a degree of notoriety and an accumulation of awards which ultimately led to personality conflicts within the League. He stopped showing his paintings in public.”

After this Pérez moved back into the design business and combined the restoration of antiques with designing and making reproduction furniture. 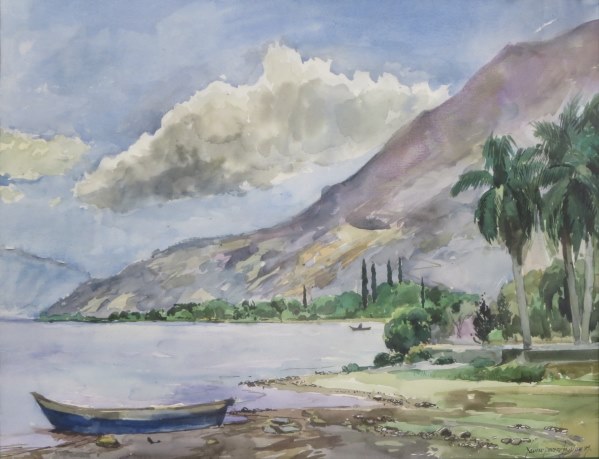 Pérez visited Lake Chapala in 1979 and returned to live at Lake Chapala in 1984, establishing his home in Ixtlahuacán de los Membrillos. He opened the Galeria P. Bonnard, at Calle 16 de Septiembre #7 in Ajijic, the building where Enrique and Belva Velázquez have their joint studio today.

In 1986, Pérez was elected the first president of the Ajijic Society of the Arts (ASA). He saw his mission as forging greater unity among all the local artists. In addition, he began a project to restore and maintain the collection of archaeological finds started by the late Dr. Betty Bell.

Pérez was also a co-founder (with Tod Jonson, Ektor Carranza, Florence Pritikin and Pat Tanaka) in 1986 of the Culinary Arts Society of Ajijic (CASA).