Eugene and Marjorie Nowlen were an artistic couple who had a long connection to Mexico. The certainly visited Mexico prior to 1938, and first visited Ajijic on Lake Chapala in 1950. They became regular visitors to Lake Chapala from then until the 1970s. The work of both artists was included in A Cookbook with Color Reproductions by Artists from the Galería (1972).

The couple grew up in the small city of Benton Harbor in Michigan, which has a street named after Eugene Nowlen’s paternal grandfather, A. R. Nowlen.

Eugene Pratt Nowlen (aka Gene Nowlen) was born on 4 November 1899 and became an architect, completing his education at the school of architecture of the Massachusetts Institute of Technology.

Lillian Marjorie Poundstone, who usually went by her middle name, was born on 31 March 1901. An accomplished pianist, she studied at the University of Michigan (class of 1924) and became a music and dance teacher. While still in high school she won second place in a state local history competition. Her essay, along with other winning essays, was published in 1917 in “Prize essays written by pupils of Michigan schools in the local history contest for 1916-17”. 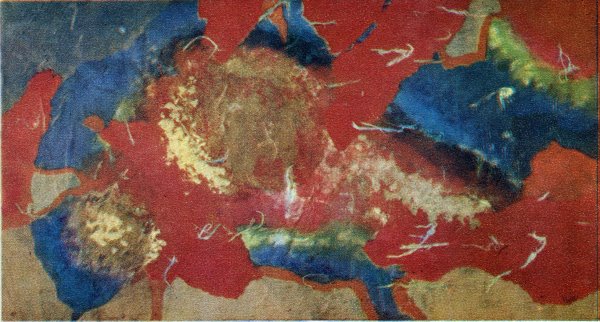 Eugene Nowlen. Festival. ca 1972. (A Cookbook with Color Reproductions by Artists from the Galería)

Marjorie’s musical accomplishments also started at an early age. She receives Regular mentions in the local press as a pianist. In November 1925, for instance, a short piece in Central Normal Life said that she played the “Blue Danube” waltz by Strauss and “To a Toy Soldier” by Clarence Warner with “great technical skill and fine interpretative ability.” It is clear from these and other references that both Marjorie and Eugene were in the social elite of Benton Harbor.

In their first years of marriage, Eugene Nolen practiced as an architect in his native city (remodeling the building occupied by the Peoples Savings Association and designing new homes), while Marjorie gave piano and dance lessons at their home at #758, Pearl Street.

The couple had two children: Barbara Jean (possibly Barbara Gene) and Richard, usually referred to in press reports as “Dick”. The children performed Mexican dances at local shows, and in more than one report, it was stated that “their parents have visited [Mexico] and bought authentic costumes”. At age 7, another report describes “Barbara Gene Nowlen taking several bows after her dance in a gorgeous costume brought back from Mexico by her parents”. The family’s love for Mexico was evident. For instance, following another concert, Marjorie Nowlen was going to show “Mexican motion pictures”. 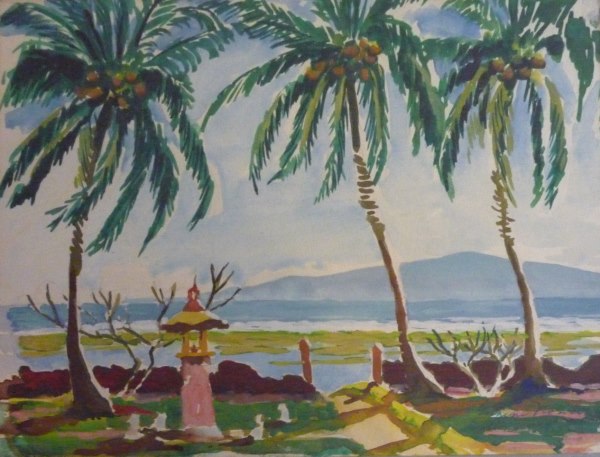 In 1943 the family left Benton Harbor and relocated to California, to Pasadena and Laguna Beach, where Eugene worked in real estate. The circumstances that led them to visit Ajijic in 1950 are unclear but, by the early 1950s, Eugene had retired in order to paint full-time. The couple promptly set off on an 18-month-long trip around the world, allowing plenty of painting time along the way.

On their return, Eugene Nowlen’s watercolors were shown at the Laguna Beach Art Gallery, in an exhibit, held in 1955, which also featured oils by Carl Schmidt of San Bernardino. The press report for this event says that Nowlen had won an award at the annual Madonna festival in Los Angeles for a watercolor entitled “Mexican Mother.” According to the Laguna Beach Art Association, Nowlen had several solo exhibits during his artistic career.

In 1960, Nowlen’s “Market Day” was exhibited at a showing at a private home in Los Angeles, alongside works by many other artists, including one who also had close ties to Lake Chapala. One of the other paintings in the show as Priscilla Frazer‘s “Mosaic Gate.” Frazer had a home in Chapala Haciendas for many years.

The Nowlens were active in the Laguna Beach Art Association through the 1960s. For instance, in 1968, they co-organized a December art bazaar. According to a Los Angeles Times article in 1970, during Marjorie Nowlen’s chairmanship of the Exhibitions Committee at the Laguna Art Museum, she brought in experienced judges and the membership more than doubled from 300 to 640. The article describes her as “a soft spoken leader” and says that this “gracious, girlish grandmother with a gentle sense of humor” is “a determined doer.” 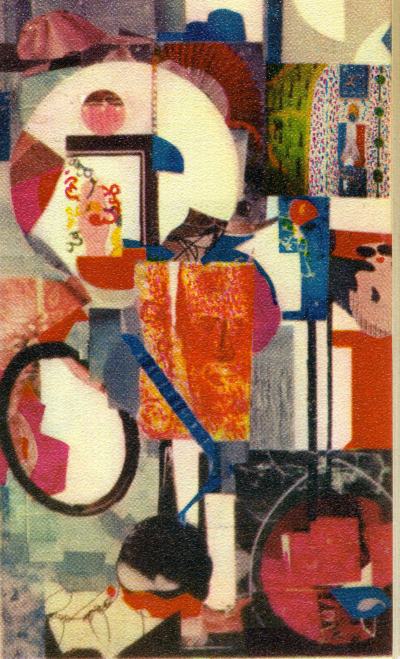 Marjorie Nowlen. Happy Moments. ca 1972. (A Cookbook with Color Reproductions by Artists from the Galería)

Marjorie Nowlen exhibited at the Many Media Mini Show, Redlands Art Association, in 1970.

Marjorie Nowlen also showed a work which received an honorable mention, in La Mirada’s Fiesta de Artes in Long Beach, California, in May 1974.

While the 1940 US Census suggests that the Nowlens’ son, Richard, was born in about 1932, elsewhere it seems that he was actually born in 1929 and is the same Richard Nowlen who was murdered along with a female friend in the Mojave Desert, California in 1959, while on the run from Chino men’s prison.

4 Responses to “Eugene and Marjorie Nowlen: artistic couple with a long connection to Lake Chapala”