Prior to becoming a noted abstract expressionist painter, Stanley Twardowicz (1917-2008) lived in Ajijic in about 1948. Three years later, he exhibited about twenty photographs from that visit in New York, and won instant acclaim as a talented fine arts photographer.

Remarkably, Twardowicz had only taken up photography a short time before arriving in Ajijic, and he only took a camera with him to help supplement the preliminary sketches he needed to compose paintings on canvas. When the photos were developed, Twardowicz realized that the images he had captured were artistically satisfying in, and of, themselves. This began a lifelong love of photography, alongside his passion for painting. 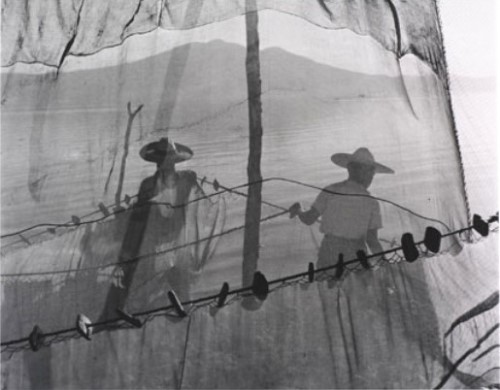 Stanley Jon Leginsky was born to Polish parents in Detroit on 8 July 1917 and grew up with his godfather; he formally adopted his godfather’s surname in his early twenties, shortly before marrying Pauline (aka Apolonia) Jaszek (1921-2012) in October 1940. The marriage did not last and the couple divorced after six years.

He held his first exhibition of paintings in Detroit in 1944. Two years later he won a scholarship to the Skowhegan School of Painting and Sculpture in Maine.

Despite having no formal qualifications, Twardowicz was then offered a teaching position at Ohio State University. He taught there for about five years and became close friends with another instructor, Roy Lichtenstein—they were later best man for each other on their respective wedding days.

Twardowicz won a $1500 fellowship in 1948 in Pepsi-Cola’s Fifth Annual Paintings of the Year Competition; his work was included in a show at the National Academy of Design in New York City. 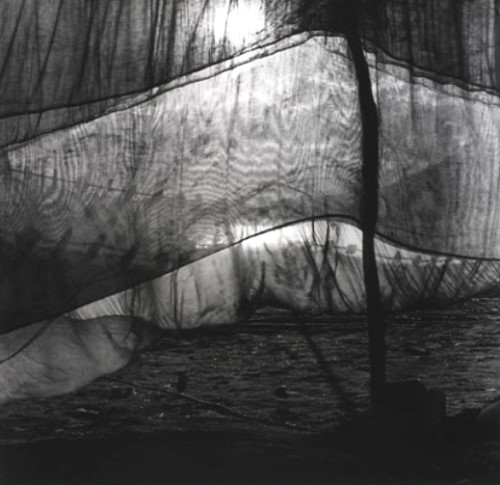 It is unclear how he came to learn about Ajijic but he traveled there in 1948-49, seeking inspiration for more paintings; while there he took a series of eye-catching photographs of fishermen and their nets. His “stunning photographic journal of the Mexican people” (New York Times) was the basis for his Mexican series of paintings, completed between 1948 and 1951.

Safely back in the US in 1949, Twardowicz held the first of several annual solo shows at the Contemporary Arts Gallery in New York, and married an Ohio State student, Ruth Ann Mendel (1929–1973). Mendel (the spelling used on the marriage certificate is given as “Mandel” in Twardowicz’s obituary and elsewhere online) later became known for her wood-cut prints. According to one source, the couple lived for a time “near Guadalajara” (presumably in Ajijic), though I have yet to find any hard evidence for this assertion.

Twardowicz’s photographs of Ajijic went on show at Wittenborn & Co., 38 East Fifty-seventh Street, New York, in October 1951, shortly after Ann graduated from Ohio State and he resigned his teaching position there. The New York Times included one of the photos—of fishing nets in Ajijic—alongside its very positive review:
“The show… consists mainly of poetic impressions of fishing nets billowed by the wind and photographed about two years ago, a year after Mr. Twartowicz began to use a camera…. The pictures convey an artist’s emotional response to the mood of a situation rather than a literal rendering of material.” 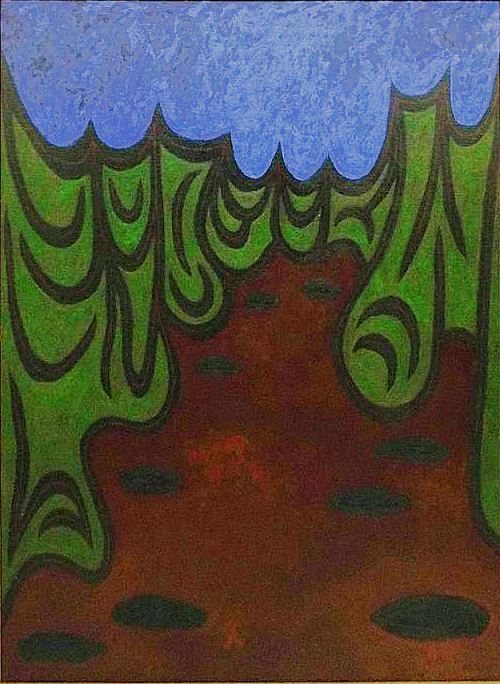 Twardowicz’s paintings based on these photographs include an oil on canvas entitled “Fish-Nets”, completed in 1951, which was auctioned in 2015 at Berner’s Auction Gallery in Donnelsville, Ohio.

Twardowicz and Ann left for Europe on 23 November, bound for Le Havre.  When they returned to the US six months later, in June 1952, they lived in Plainfield, New Jersey, near enough to New York to enjoy its vibrant arts scene. From late-1952, the couple were Saturday evening regulars at the Cedar Tavern in Greenwich Village, where they became friends with Jack Kerouac and a group of artists (later recognized as Abstract Expressionists) including Jackson Pollock, Franz Kline and others.

By 1953, Twardowicz’s own painting had shifted away from semi-abstraction to full abstraction. The following year he was introduced to Zen philosophy and began a series of bio-morphic paintings, developing a technique to pour household paint onto canvasses stretched flat on the ground.

In the 1960s, Twardowicz moved to Northport on Long Island. While visiting Twardowicz there, Kerouac wrote “The Northport Haiku” (1964), which first appeared in print in Street in Spring 1975. By this time, Twardowicz had been married to artist Lillian Dodson for four years.

Twardowicz continued to work also in photography. His best known later photographs are the portraits of Jack Kerouac he took in June 1967, a few months before his good friend died. The friendship was mutual: Kerouac considered Twardowicz “the most compassionate man I’ve ever met.” Despite their long friendship, the portraits were the first photographs of Kerouac that Twardowicz had ever taken.

Towards the end of the 1960s, Twardowicz became fascinated by color field theory and its relationship to visual perception; this led to him painting a series called “Disappearing Ovals.” He kept developing and experimenting as an artist. His style during the 1990s was aptly dubbed “Moving Color” by the Phoenix Museum when it held the a retrospective of Twardowicz’s work in 2001. The artist had three other retrospectives during his lifetime, all in New York: Heckscher Museum (1974), Nassau Community College (1987) and Hofstra University Museum (2007)

After a prolific career spanning 65 years, Twardowicz retired from painting in 2005 and died in Huntington, New York, on 12 June 2008.