Hungarian-Canadian artist Michael Fischer visited Lake Chapala several times in the early 1990s, including a lengthy stay one winter at San Juan Cosalá. He was in the final stages of planning to bring a group of artists and art students from Canada for a three-week stay at Lake Chapala when his wife was taken seriously ill. Her subsequent passing derailed all Fischer’s plans for the three-week workshop, which had the endorsement of the Northumberland Art Gallery in Cobourg, Toronto. The workshop was to have included classes taught by Fischer and by Jocotepec-based Austrian artist Georg Rauch.

Michael Fischer was born in Budapest, Hungary, and educated in that city at the City College, Academy of Art and the Orkenyi Strasser School of Art. His most influential teacher was Ödön Márffy, one of Hungary’s leading expressionist painters, a founder member of the group of Eight, and credited with introducing cubism, Fauvism and expressionism to the country. 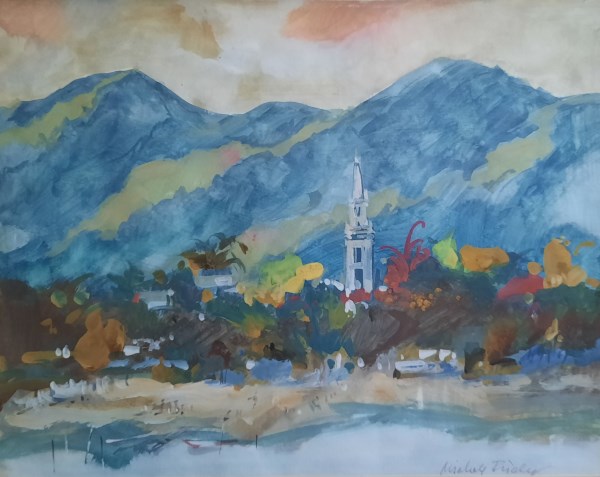 Alongside his own painting, and regular exhibits at art shows in Hungary, Fischer was the art director for the Budapest City Theatre, where he specialized in set design. Fischer was multi-talented and also produced graphic panels and advertising art for trade shows and the movie industry.

A year after the Hungarian Uprising of 1956, Fischer moved to Toronto, Canada. He quickly found his feet, becoming involved in creating advertising, editorial and book illustrations, as well as undertaking commissions, both for private individuals and for institutions such as the Canadian Red Cross, Toronto Dominion Bank, and major insurance firms. He also painted numerous murals for restaurants and private homes. He was represented by Studio 737 Art Gallery (now closed) which was located a short distance north of Tweed, Ontario. 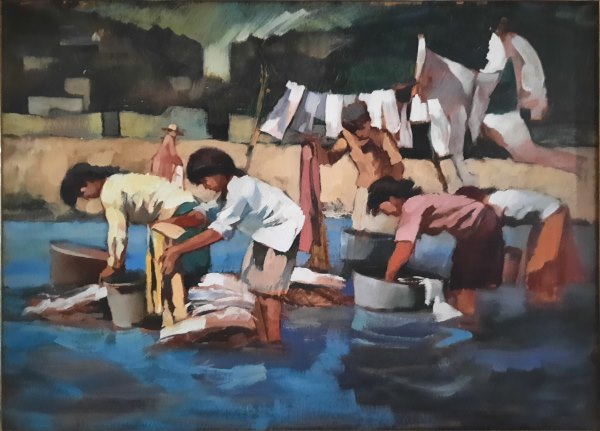 From 1975 to 1987, Fischer taught illustration and composition at George Brown College.

His works are represented in many private and public collections in Canada, the USA and several European countries. “Proficient in all media… his landscapes, still life, figurative compositions and portraits are unique in their execution and excellence.”

Fischer undertook extensive research trips to Latin America and he painted many portraits of native people in Canada and Mexico. He particularly liked Mexico, and the Lake Chapala region, saying that “In Mexico it’s inspiring, the way people live so simply in religious and national customs.”

Fischer died in Toronto in about 2007.

If anyone can supply more details about Michael Fischer’s life and work, please get in touch.