Norwegian illustrator, printmaker and painter Eva Lange (1944-2017) traveled widely, held more than 30 solo shows and exhibited works in more than 200 group shows worldwide. Lange drew and produced lithographs in Ajijic in 1979-80, and held a solo show in the village in 1980 at the gallery in Mi México. 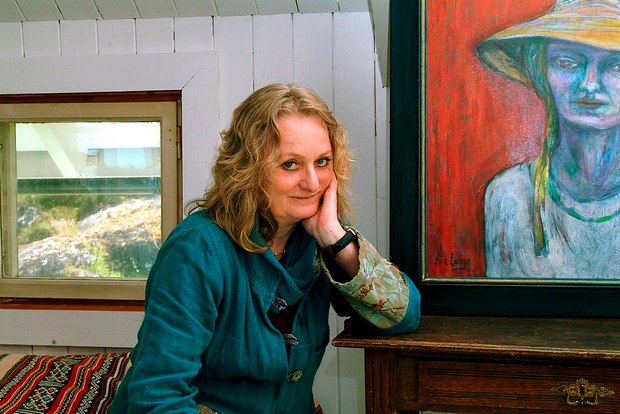 In the early 1970s, Lange was a member of the artist collective Gras, and became leader of the Young Artists Society (UKS) in 1974, and the initiator of the Artists’ Action-74. She later served on the board of NBFO (Norwegian Visual Artists) and on the supervisory board of Kunstnernes Hus. 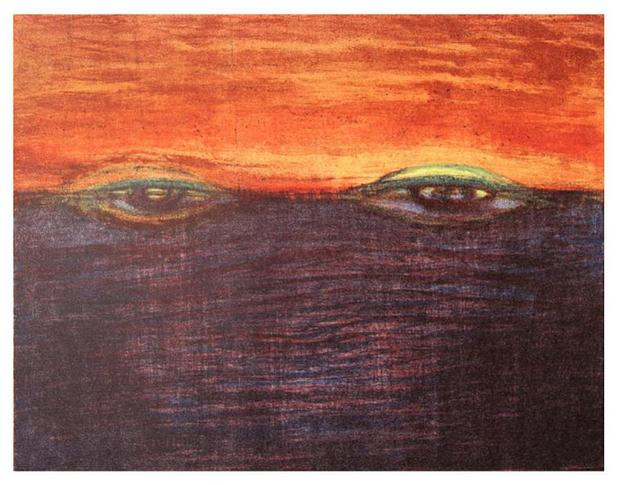 Lange was married to painter and sculptor Victor Lind from 1963-1974. She lived the last years of her life with partner Erik Frisch, an author, at Hvaler, where she established the Hvaler Art Association, led the international sculpture project “Stone Art Whales” in Ytre Hvaler National Park, and ran the annual visual art, poetry and music event, “Pentecostal exhibition at Knatten.”

Lange held more than thirty solo shows in addition to her show in Ajijic, including exhibitions in Norway, several other European countries, and Egypt.

Lange won numerous major awards and was the recipient of the 2001 Prince Eugen Medal for Sculpture (Norway’s highest artistic honor). 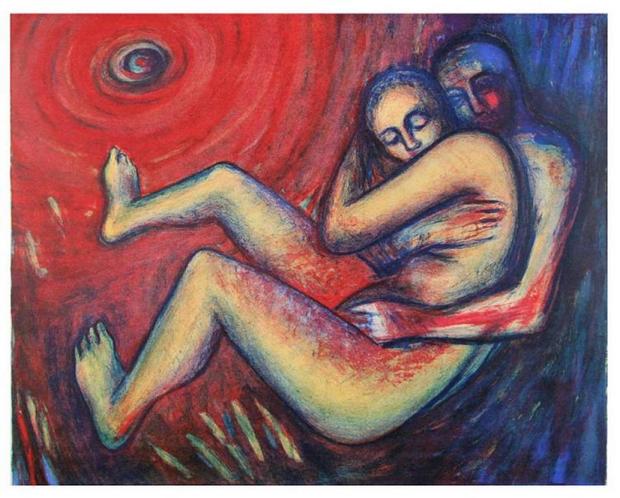 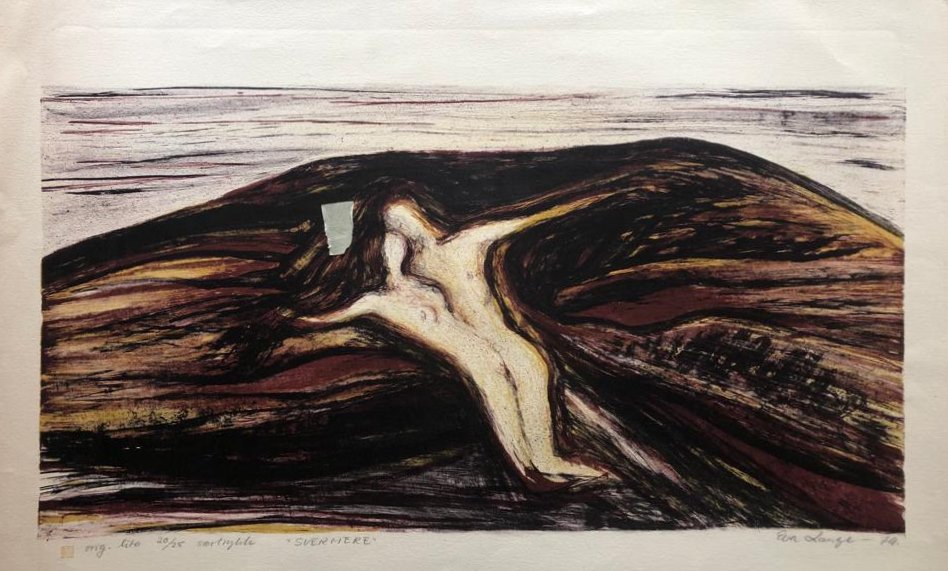 A collection of Eva Lange lithographs from her time in Ajijic has been loaned by Katie Goodridge Ingram to the Ajijic Museum of Art (AMA), which opened 1 June 2022. 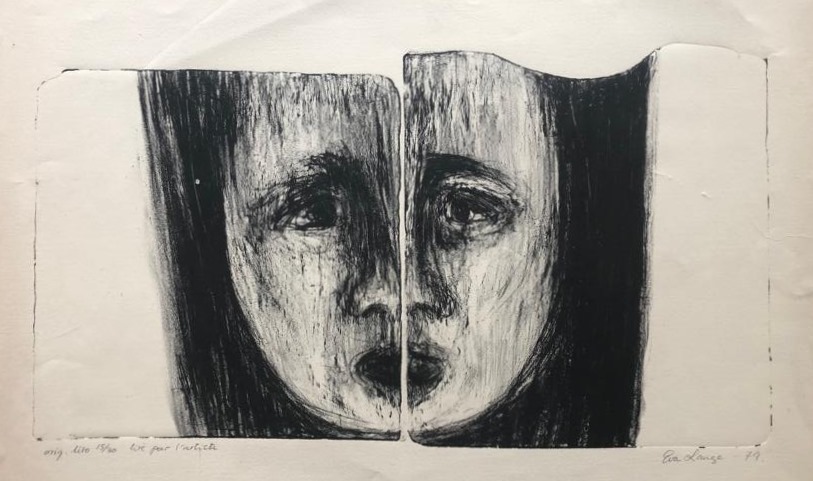 Lange is quoted on the website of the gallery that represents her work as explaining that,

“You can probably say that my pictures are a bit strange and melancholy. I have no goal of meeting everyone, but I want to reach those who recognize themselves and find closeness in the “story.” I do not speak primarily to the mind, but more to the heart. There is something beneath in my pictures, you have to open up to find this.”

Another Norwegian-born artist has links to Ajijic: the portraitist Synnove Pettersen lived in the village in the mid-1970s.

My thanks to Katie Goodridge Ingram for bringing this artist and her connection to Ajijic to my attention.